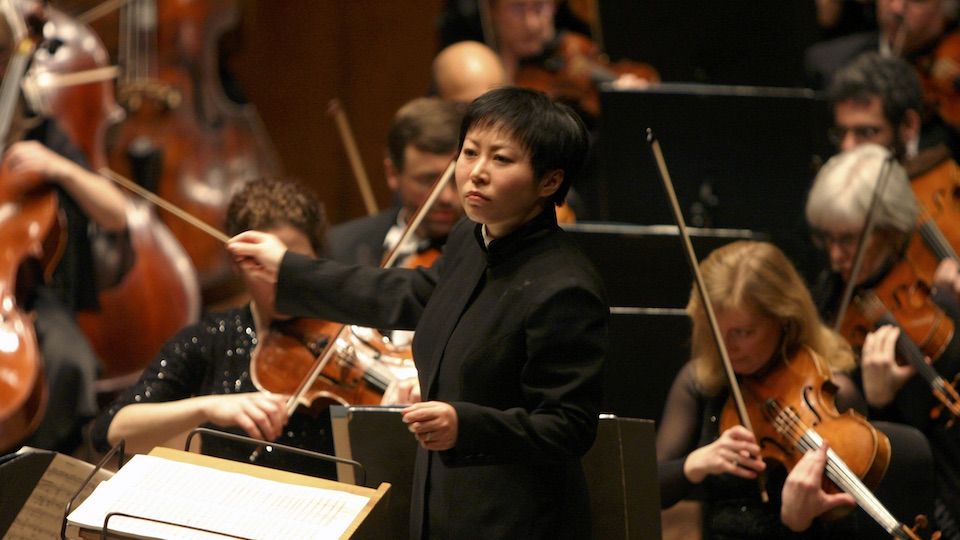 According to a study by the National Association of School of Music, in 2009 and 2012 almost half of conducting doctorates were earned by women. Yet around the world, most of the higher-budget orchestras continue to be led by men. Nevertheless, women orchestral conductors continue to persist are slowly but surely making some progress with their innovative approaches and inspiring leadership. Here are five female conductors who any serious classical music fan should get on their radar pronto. Once you’ve witnessed any of these maestras in action, you’ll be sure to be shouting out “Brava!” at the end of the symphony.

In 2007, Marin Alsop became the Music Director of the Baltimore Symphony Orchestra, the first woman to attain that status with any major orchestra in the USA. A protégé of Leonard Bernstein, she also is the only conductor to ever receive a “genius grant” from the MacArthur Foundation. With her innovative approach to programming, commitment to music education, and dedication to new music (Alsop was Music Director of the Cabrillo Festival of Contemporary Music for 25 years), she continues to inspire both young and old conductors of all genders.

A woman of many “firsts,” Zhang was appointed by Lorin Maazel as the New York Philharmonic’s associate conductor in 2005. She then became the first woman music director of an Italian symphony orchestra by leading the Orchestra Sinfonica di Milan Giuseppe Verdi from 2009 to 2016. In 2016 she became the music director of the New Jersey Symphony Orchestra — the first female music director in the orchestra’s 94-year history — and is now also the principal guest conductor for the BBC National Orchestra of Wales — the first female conductor named to a titled post within any BBC orchestral organization. The New York Times described Zhang as “a dynamic podium presence” and given that her star has been steadily rising since her debut, the world clearly concurs.

Hailing from Mexico, Alondra de la Parra’s presence on the podium was raved over by the San Antonio News Express as “electric, precise, and energetic.” As the first female Music Director and Principal Conductor of the Queensland Symphony Orchestra in Australia, she has furthered her belief that “the old school conductor on one side, and the players on the other, is little by little dying.” Instead, she engages audiences Down Under (and elsewhere) with a mix of charisma, mastery, and dynamism. Revealing her deep commitment to Latin American composers, de la Parra founded the Philharmonic Orchestra of the Americans when she was 23 years old in 2004. This orchestra has an annual concert season in NYC and a summer home at the Music Festival of the Americas in Vermont. We can’t to see what she does next.

Described as a “vibrant presence in front of an orchestra,” Lithuanian conductor Mirga Grazinyte-Tyla has swiftly gained prominence since serving as the assistant conductor for the Los Angeles Philharmonic. In July 2015, Grazinyte-Tyla became the music director of the City of Birmingham Symphony Orchestra; her original three-year contract was then extended through 2021. Given her young age — 31 years old — that‘s an impressive achievement regardless of gender, and her fearlessness is present in everything from Mahler to Debussy. When she became a conductor, she amended her last name by adding the suffix “Tyla” (“silence” in Lithuanian) then noting that “It’s not necessary at all to use words in order to communicate through music.” Judging from the respect she’s already garnered, we’re inclined to agree.

Musical America named Taiwanese-American conductor Mei-Ann Chen one of its Top 20 Influencers in 2015. With her passionate conducting style—she’s been described as being like a firecracker (“bright and full of ka-boom”), her conducting style has resulted in numerous awards and guest appearances worldwide. From 2010 to 2016 she served as the Music Director for the Memphis Symphony Orchestra and is now Conductor Laureate. In 2011, she was appointed the musical director of the Chicago Sinfonietta; her contract has been extended through 2021. In addition to her prestigious resume, Chen also knows what it’s like to be a performer as she was the first student at the New England Conservatory’s history to receive master’s degrees in violin performance and conducting simultaneously. The best leaders have often spent time in the trenches. Unquestionably Chen proves as much.

0 comments on “Maestra, We’re Ready for You”