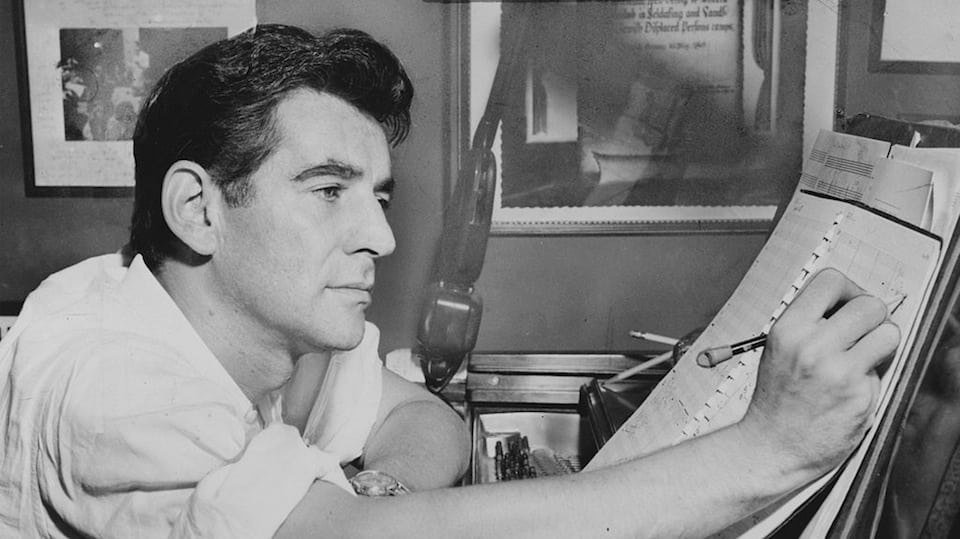 Conductor Leonard Bernstein was born 100 years ago and because of that, 2018 has been a year of well-earned centennial kudos. The man The New York Times called a “musical monarch” brought the New York Philharmonic global glory during his 40-year tenure and composed, among other popular offerings, that ultimate Broadway masterpiece West Side Story. He was a charismatic figure of enormous public interest, a humanitarian, a philanthropist, and a pot-stirrer. Yet Bernstein also had one more gift for our world: his Young People’s Concerts TV series — which not only introduced classical music to baby boomers but also holds up today as educational TV at its finest.

From 1958 to 1972, Bernstein helmed a series of televised one-hour concerts that were actually witty, thought-provoking, and exciting music appreciation classes in disguise. Held initially at Carnegie Hall before moving to Lincoln Center, each endearing episode opens with footage of vintage kids (dressed up for the occasion) piling into the audience then listening to the maestro hold forth on such topics as “What Does Music Mean?”, “Humor in Music,” “Forever Beethoven,” “Fidelio: A Celebration of Life,” “Who is Gustave Mahler?” and many other topics. There are 53 in all.

Each program Bernstein would come out, baton in hand, and greet the audience with “My dear young friends…” and expound upon the topic of the hour with relaxed charm and complete commitment. Backed by the New York Philharmonic, he would seamlessly cue up his orchestra then have them illustrate various points throughout the production. The show provided the enjoyment of music with the learning of sometimes arcane musical concepts (“What is a Mode?” “What is an Interval?”) in a way that held audiences rapt and/or laughing. Seen live by thousands, and viewed by millions on CBS, the Young People’s Concerts allowed kids to enter a world that might otherwise feel remote or exclusive.

Often Bernstein’s talks were as much about life itself as music. He made scholarly concepts fresh by intercutting the common experience. He personalized work from the past. Even if the subject matter were a bit dry, he never was so youngsters learned how notes and chord changes could convey emotion, how Beethoven’s only opera Fidelio was a life-affirming treatise on liberty and love, and how Haydn and Mozart inserted jokes into their compositions. Who knew?

Additionally, Bernstein’s conducting chops were on frequent display whenever he turned to the orchestra on an as-needed basis. His whole-body approach to conducting was full-tilt immersion, a style that often conveyed something approaching seizures of bliss. Yet this wasn’t just some ego trip for Bernstein. Young People’s Concerts also brought in talented guest musicians, most notably Aaron Copland, whom he praised avidly and then brought out to conduct his own Third Symphony. A young André Watts also made an appearance, as did legendary conductor Seiji Ozawa and singer Marni Nixon. And since he never dumbed the proceedings down, there is a clarity in his presentations that play very refreshingly in these days of oversimplification and over explanation.

When Bernstein died in 1990, there is a well-documented anecdote about his funeral cortege making its way through his native Manhattan to its final resting place in Green-Wood Cemetery in Brooklyn. Construction workers along the way removed their hard hats and called out “Good-bye, Lenny!” What a touchingly incongruous display of fandom for a man who was one of the most influential American classical musicians of the 20th Century. And since accessibility was so much a part of his mission, you’ll be glad to know that you can actually watch a number of these episodes on YouTube.