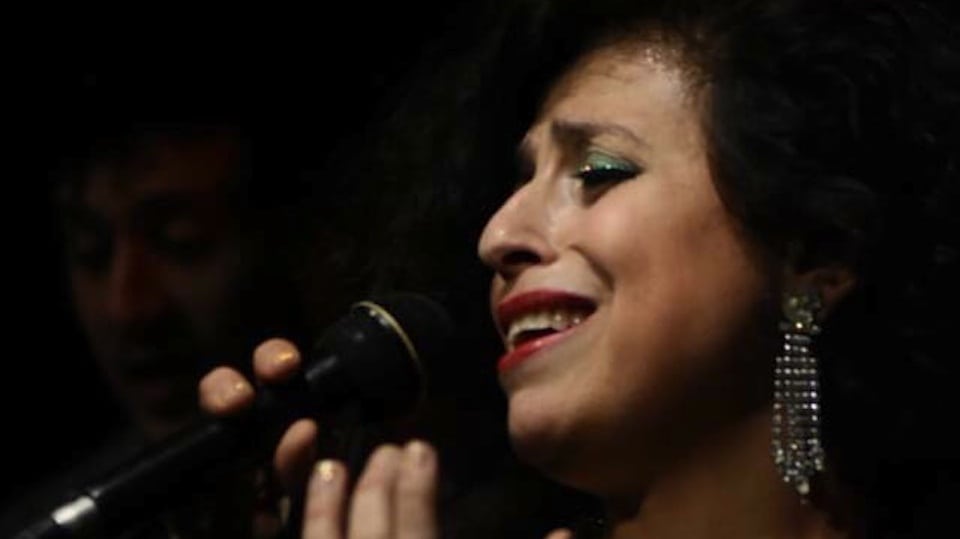 Tango singer Maria Cangiano’s new album of Astor Piazzolla songs, Renacere, has been the recipient of some seriously high praise. In reference to her new LP, LatinJazzNet.com wrote “Miss Cangiano seems to have succeeded in making probably the best recording of Piazzolla yet” while New York Music Daily states Cangiano and her ensemble “do justice to Piazzolla’s dedication to the cutting edge.” With upcoming gigs at Joe’s Pub in NYC and a European tour ahead, you don’t have to go to South America to see her. But if you’re down there, you’d be crazy not to. Read on for more.

Q: You actually have a background in opera. How did that inform your singing of tango? Was there anything you had to unlearn?

A: Maybe the only thing in common opera and tango have is the melodrama. Plácido Domingo has said tangos are like mini operas. However, tango requires to sing in a much lower key and with much more musical freedom in the phrasing than opera. As a mezzosoprano, it has been natural to sing in a lower key and the melodrama has been part of my nature and my theatrical training.

Q: You’ve devoted your current album Renacere entirely to the music of Astor Piazzolla, a man who’s become synonymous with tango in the United States. But who’s your favorite composer of the genre outside of Piazzolla?

A: Yes, Piazzolla has been my favorite, but not the only one. I have a predilection for two poets and composers who were part of the Golden Age of Tango. One of them is Cátulo Castillo who was the most important poet of tango of the 1950s. Among many incredible tangos, he wrote one with my name Maria. I used to sing it with my first tango quartet, El Cuarteto de María. The other poet was Homero Expósito also a contemporary of Castillo and Piazzolla, who wrote some of the most conceptual tangos, such as the famous “Naranjo en Flor (Orange Tree Blossom).” Maybe I love these two poets because of my mother, who was a great tango singer and made me love the genre.

A: Just asking him to be part of the recording. Actually, I met him and his band Escalandrum in New York City when they performed in New York for the first time in 2012.

Q: Your previous album Ballads for My Life & Death: Tribute to Piazzolla was also composed entirely of Piazzolla songs. Do you still include any of those songs in your set when you perform?

A: Yes, one in particular: “Yo Soy El Negro (I Am the Black One)” because it is one of my favorites. Piazzolla wrote very few candombes, the musical genre created by blacks in the Rio de la Plata. When I recorded my first Piazzolla CD, this song came into my attention because it was recorded a long time ago, only by male singers… Maybe you do not know that Argentine people are completely blind to their African roots, they believe they all come from Europe. So I decided to do the first female recording of the song and to create a version with the candombe structure of call and response and the candombe drum set. The song is now part of my current presentations and I have many versions, the last ones include some opera singing too!

Related: “Who Are the Rock Stars of Opera?”

Q: Is there a Piazzolla song that was under consideration for both albums that didn’t make it onto either record that you still wish to record?

A: Yes, there is one that I could not record — “Las Ciudades (The Cities)” — and I regret that. It is a song that talks about the falling of cities, and the need to rebuild new ones based on love. It is a song I sang many times in New York City in events related to the 9/11 tragedy and I still need to record my version because it has a very special meaning for me and a great message.

Q: You’ve performed in many spaces around Buenos Aires. Do you have a favorite place in which to perform?

A: Maybe Pista Urbana in my neighborhood San Telmo in downtown Buenos Aires. It is a small space with great sound where you can interact with the public. However, I love huge stages. I belong to them, although I have not yet experienced them so often. For example, the Centro Cultural Kirchner, a new humongous performing arts center created in the original Post Office building of Buenos Aires… I hope to be there soon.

Q: Prior to that, your album Corazón de Mujer was all your own original compositions. Are you still writing music yourself?

A: Yes, I have many projects with my own compositions and lyrics. Corazón de Mujer is being re-released by a new record label Jengibre Records next year. There will be new videos coming up on some of the most emblematic songs of the album. At the same time, I am premiering a new show on erotic poetry, called Polvo Enamorado (from Francisco Quevedo’s poem “Constant Love”). In Spanish, the title has double meaning because polvo means in slang ¨ejaculation¨ as well as “dust.” For this show, I am composing new songs about love and eroticism. I hope some of them will be released next year, probably as singles or as an EP.

Q: Tango is a music associated with a dance. Do you know how to dance the tango yourself?

A: Haha. There is an old saying… those who play tango do not dance it. Well, now it is obsolete because many tango musicians and singers do dance it. I studied it and dance it, but as an amateur… although I love dancing!