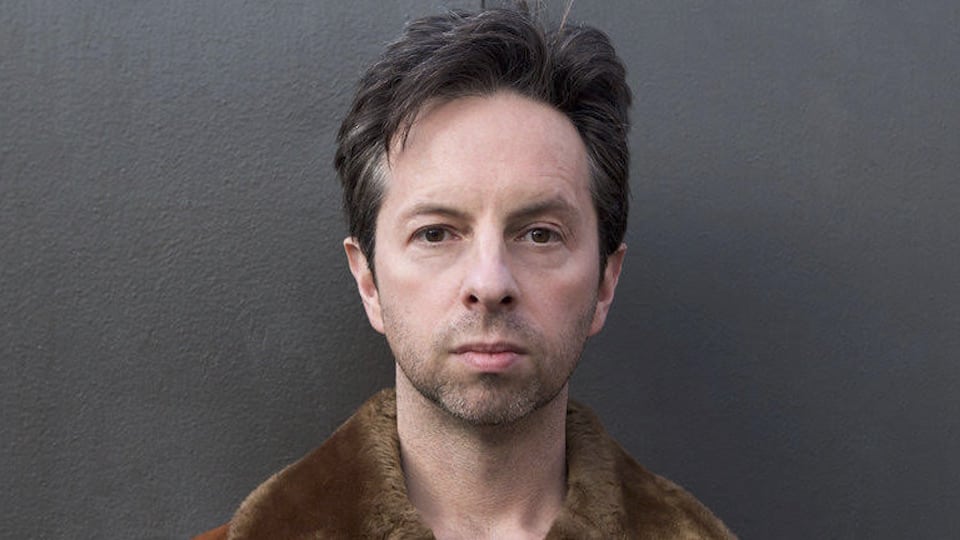 I first encountered Mark Lesseraux when a mutual friend put us on the same bill at a gig in Huntington, NY a few years back. Mark’s witty, insightful and sometimes wonderfully absurd lyrics impressed me nearly as much as his rich, agile tenor did. Since then, I’ve seen Mark perform a few times and whether solo or with his band, The Citizens, his live shows always entertain. Often they are nothing short of transformative. He doesn’t shy away from weighty subjects but always approaches them from interesting and unpredictable angles. Ladies and gentlemen, I give you the inimitable Mark Lesseraux.

Q: Who or what first inspired you and still inspires you?

A: My mother tells a story of when I was three and I ran around with a pink guitar and I’d say, “I’m Pete Seeger and I’m 21 years old.” I also remember the Hair soundtrack. I used to put food on the vinyl record. In the process of enjoying watching how different pieces of food looked going around the platter, I fell in love with the music. Stevie Wonder’s “Superstition.” I used to imitate him and people would say, “You sound just like him.” I have tapes of it and I don’t think I sounded much like him, but I think that’s where I got the bug to sing. The Beatles’ Revolver and Abbey Road. And then, of course, Long Island. Billy Joel. Everybody loved Billy Joel.

Q: You can’t officially be a Long Islander, I think, until you get the Billy Joel stamp.

A: Yeah, it’s a rite of passage. Or at least Genesis. (Both laugh.) But to answer the second part, all those I mentioned are still present for me. I still love art rock, ya know, Genesis and Peter Gabriel. And Hair. There’s a certain show tunes quality to the stuff I do.

Q: Your songwriting reflects an interest in philosophy and spirituality, too. How do they enter into your creative process?

A: Brian Eno would be one of my gurus. I actually have an All-Sage baseball team and Brian Eno is the only musician that made the team. He helped me look at things from different angles: from over here it’s dark, but from over here it’s even more interesting and from this side look—it’s funny! But the music I make has as much slapstick comedy in it as it does philosophy, you know?

Q: I do. “Everyone Here is Going to Die” takes on a big subject, but there’s a sense of humor about it.

A: “Everyone Here Is Going to Die” came pretty quick and I knew right away that it was going to be my “Imagine.” I knew it would be my signature song. I’d written a lot of songs about death; that’s one of my favorite subjects. But this was the first one that was both a good song and combined comedy about something that’s also a serious subject.

Q: And “Guisseppe Desa’s Blues” sounds like a Robert Johnson song, but it’s about a Christian mystic saint … right?

A: Guiseppe Desa was a mentally-challenged saint who was so infatuated with the idea of getting close to God he would beat himself and wear metal underwear. I thought, now that is an awesome subject for a song. And a simple blues song and lyrics came—very classic blues. “It’s been so long, I’m so eager to be close to you, god.” But then I thought: How would this white, mentally-challenged wannabe saint sing this? So it took on a combination of deadly serious and totally ridiculous.

You do this in other songs: recasting iconic figures like Sinatra and James Dean into your own universe.

A: I like to play around with big archetypes and go into what they mean to the culture through the prism of my experience. In the case of “September 30th, 1955,” the James Dean song, the song is about this American tendency to, what’s the line, “Making history one way or the other.” With “I’m Frank Sinatra,” I’d given up music for a while and decided I was going to come out of retirement and decided to write a song about it. I thought it would be more interesting if I’m Frank Sinatra at, like, 67. That song is just being funny. Nothing really deep about that one.

Q: You have a song called “Occupy.” It seems to me it’s hard to write songs about protest movements without sounding polemical or didactic, but you pull it off.

A: I was down there [NYC Occupy Wall Street protests, Fall 2011] participating; doing performances. There was someone who said they wanted a song about it—some sort of song competition online. And you’re right, those types of songs are hard to do, but I felt like I had this commission — a job to do — so it just came out really quickly. I also believe in the cause.

A: I’m working on a new album called The Life and Death of a Nectarine, which is referenced from a Car 54 episode. It’ll be 20, 25 minutes of proper songs and 20, 25 minutes of experimental music with delay and other effects pedals. Ideally, it will come out in the first part of 2019.

4 comments on “The Oblique Angles of Singer-Songwriter Mark Lesseraux”