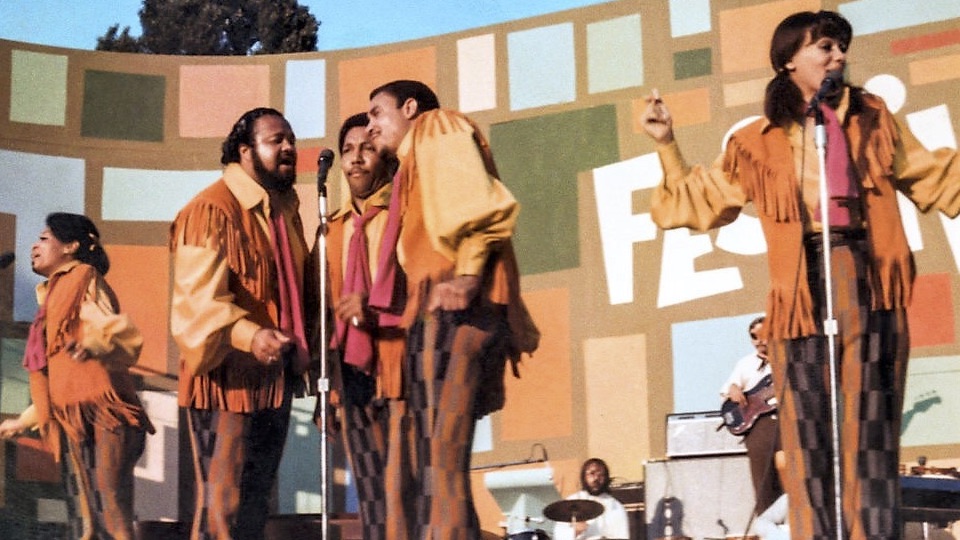 Marilyn McCoo & Billy Davis, Jr., the 7-time Grammy-winning couple and former lead singers of The 5th Dimension have a new project, Blackbird: Lennon/McCartney Icons. They also find themselves resurging via their appearance in the Sundance award-winning film, Summer of Soul. The duo lets CultureSonar in on their latest recording.

CultureSonar: What an exhilarating time for you two. What’s the secret that keeps you both going strong?

McCoo/Davis: It’s the passion we both have for our music. Since we were kids—and we didn’t even know each other back then (both laugh)—we felt the same way. That’s one of the main things that first brought us together in our relationship. We strive for excellence in the music we work on and are energized by always looking for something fresh.

CultureSonar: What made you choose to go with the music of Lennon/McCartney at this juncture of your career?

McCoo/Davis:  We always found that, in performing their music, we could interpret the songs in different ways. We never feel locked into a certain style or genre with Lennon/McCartney, speaking of “fresh.” It surely says a lot for their writing.

CultureSonar: The project begins with “Gotta Get You Into My Life.” You did the Earth, Wind and Fire version of this in your live shows; EWF credited “The 5th” as a seminal influence.

McCoo/Davis: We had been doing that song live with the EWF influence because we felt it accomplished what we wanted to highlight in our show at that particular time. But when we started looking at it for the recording, we knew we wanted a different direction to fit the project’s mood for our opener.

CultureSonar: Let’s talk about “Blackbird,” the title tune. I had originally seen Marilyn perform it nearly acapella in your recent live shows backdropped by a montage of many Black lives lost through heinous acts. Here, you underscore the song’s Civil Rights bent, akin to Billie Holiday’s “Strange Fruit.”

McCoo: The song “Blackbird” was the true catalyst for our doing an album of Beatles’ songs. By performing the tune in our show, we knew it was a powerful human rights statement that needed to be heard at this time. It comes from the perspective of a woman crying over the loss of her child. We find too, that so many young people understand the meaning.

CultureSonar: Billy, your St. Louis musical roots are diverse. You give “Help” a “take it to church” essence…was that your first inclination?

Davis: To be honest when I was recording “Help,” I didn’t have ‘church’ in mind. My motivation was to interpret it from the view of someone who has been independent all his life, and one day found himself having to reach out for help. People often forget we can’t make it in this world by ourselves, we need each other.

CultureSonar: Marilyn, your way with a torch song is well-known. With the new project, you give “The Long and Winding Road” a distinct “torch treatment.” What prompted you to go that way?

McCoo: The emotion you feel from the fear of losing a relationship that is too important in your life. Then, the realization of what you stand to lose if the situation isn’t resolved.

CultureSonar: “Ticket to Ride”, as recorded by The 5th Dimension for The Magic Garden, was quite funky. Billy, tell us about re-visiting this.

Davis: I knew I wanted to do “Ticket to Ride” in a totally different way this time. First, I really studied the lyric. In doing so, I realized it could be done as a down-home Blues. When we started in that vein, I immediately knew it was going to work! Then for its video, we thought why not take it further, making it an homage to the legend of Rosa Parks.

Culture Sonar: Concluding the project with “And I Love Her” makes for one of the most passionate duets of your 50-year career. Your feelings?

McCoo/Davis: We were rehearsing the song to see how we may approach it. Our manager was there suggesting ideas—this is a favorite song of his. We started singing it to each other. It felt so natural to do that and we wanted to capture it…yes, our passion.

CultureSonar: We can’t end without noting Summer of Soul. The 5th Dimension performing the #1 song of the day, the mashup of “Aquarius/Let the Sunshine In” at 1969’s Harlem Cultural Festival, is a centerpiece of this docu-film.

McCoo/Davis: The timing of Summer of Soul couldn’t be more perfect. It deals with one of the most exciting musical discoveries of our time. It’s a significant part of American history…a real gem! Questlove was the best person to find the footage and present it; he’s the consummate music historian. We’re honored to be included in it.