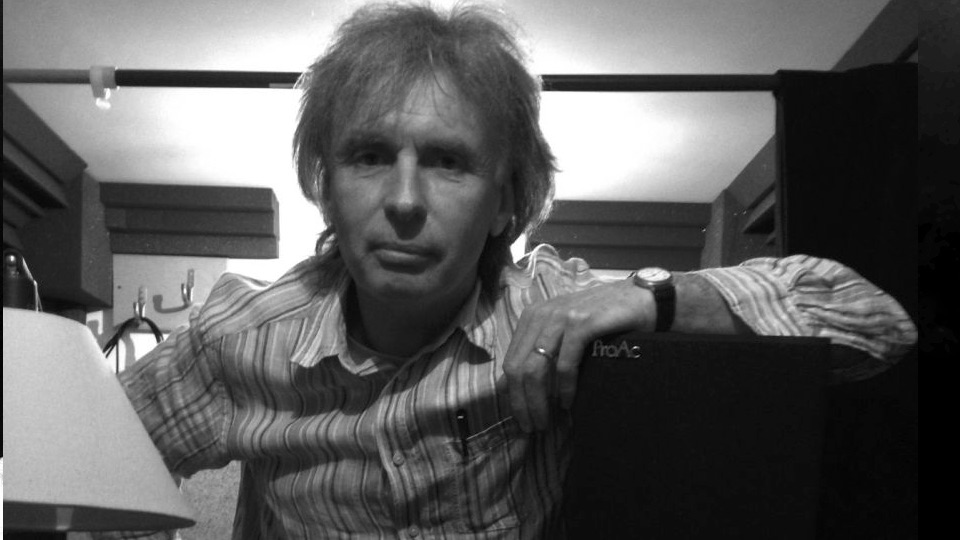 “When you’re from the provinces, I think you have your own ‘banter’,” Colin Moulding says, “and XTC certainly did. I think The Beatles had their own banter too. It’s just part of who you are, I suppose.”

The bassist is right in his assessment of banter: for more than twenty years, he was the co-frontman of XTC, a rock group who were equal parts playful and pensive in their delivery. What separated XTC from many of their English contemporaries was their refusal to be pigeonholed. The jaunty “Life Begins At The Hop” was written in a different style to the more scathing “Generals and Majors,” and yet both sit happily in Moulding’s songbook. He’s agreed to be interviewed by CultureSonar about his new single, a feisty power ballad that holds its roots both in the world of XTC music and in literature.

Related: “‘This Is Pop’ Will Pull In New Fans for XTC”

“Part of it is due to the lockdown, I suppose,” he says. “What can one do with the crazy year that we’ve just had? I thought I ought to think up something to do. I was going through this book from the shelves in my study called Pocket Positives, which is basically sayings from famous people. You’ve got Churchill, Roosevelt,poems in there… And there was one particular saying from a poet in there, called E.E. Cummings – who I gather is an American – and the gist of it is, in a world that’s trying to make you like everyone else, to be yourself you fight ‘The Hardest Battle.’ I thought, ‘There’s a song there, and I’ll store it away so I can find some chords to go with it.’”

Noodling over a selection of chords, Moulding came across the progression he felt could bring the tune to life. “There’s a saying also in that book that man loses his misery when he finds himself,” Moulding chuckles, clearly proud of his findings. “The Hardest Battle” proves his strongest composition in some time, although the short-lived TC&I had more than their share of musical offerings. “I think I got pretty good at lyrics lately, “ he chuckles. “I love singles culture: Top of The Pops, and all that. People cherry-pick these days, in any case. And I do like singles culture, and I thought ‘The Hardest Battle’ could be a single.”

Burning Shed, who stockpile much of XTC’s output, agreed to the release, provided that the bassist write a couple of other tracks. Happily, he obliged, and the song can be purchased over at Burning Shed. As it happens, it isn’t Moulding’s first single, as he did release a solo offering in the early eighties. Moulding is clearly embarrassed when he admits that “Too Many Cooks” was somewhat inspired by [scandal-plagued British producer] Jonathan King. “We were coming to the end of an album, I think it was Black Sea, and I thought I really wouldn’t mind having a stab at that overtly sugary pop [like King]. I wouldn’t call it a solo single.”

XTC will not be getting back together, so we choose not to ask this, but how is his relationship with Terry Chambers, the drummer who worked with Moulding on TC&I? “I kind of hoodwinked Terry onto the project when he came back from Australia,” he admits. “‘Fancy making an E.P.?’ He said he didn’t know: he hadn’t played in a while. So, as a thing to him, I said we’d play some gigs as well, because I know he enjoys playing live. We did half a dozen in a theater in Swindon, and it seemed like half the world came to see the shows! I didn’t want to expand on that: I really don’t like playing live that much. Mainly, it’s the traveling-away from loved ones. Time is precious!”

If there is any bad blood between them, it doesn’t come up in the interview (“We’re alright,” Moulding says). Chambers is putting together another live outfit, and Moulding agrees it was thrilling to hear some of his songs performed in a concert hall. Ultimately, he seems more comfortable in the studio, though that too has its prickly moments. He turns to an Alfred Hitchcock quote, where he notes that the director didn’t enjoy making films, but did enjoy putting out storyboards for the shots. The creative process still holds strong on the bassist.

“I have a set up in my garage that I basically use,” Moulding says. “Call it the shed, studio, whatever. We recorded the TC&I stuff there as well. Stuart Rowe, my mixing chap, tidies it up afterward. I’m not an engineer, but I do record my voice pretty well. I take advice from people.”

Stuart Rowe, the keyboardist for Oasis? “Funny you should say that- that’s his brother, Mikey! He still plays with Noel Gallagher. I think he did do something with Oasis. He played a little bit on “Scatter Me” [TC&I], and the contact was through Stuart.”

Like XTC before them, Oasis was heavily influenced by The Beatles, although none of Noel Gallagher’s compositions featured a dexterous bass like the ones Moulding added to radio anthems “Dear God” or “King For A Day.”

It’s been rumored that like Paul McCartney, Moulding would leave the bass ‘till last. “The Beatles had to due to the confines of the four-track. With multitrack facilities, you needn’t, but I find I usually do, and I sculpt my basslines better when I know what’s going on. Fitted in more succinctly, I think. With XTC, we usually left the bass until last.”

“I’m not a guitar player,” Moulding continues, “and I’m not even a keyboard player. I know enough to facilitate my songs. But, I am a bass player. I started on bass, and I’m going to be true to my mistress [laughs]. I like playing bass, melodic bass in particular.”

He says he likes the “McCartney, hooky sound” that emanates through his bass, and says the vocal on “The Hardest Battle” was done in one. “My set up being next door, I could go back in for a cup of tea, and then go out and do the vocal,” he says, noting how much harder it would be in a studio “wasting other people’s time.”

Philip Larkin is another author he turns to, partially because he writes about death: “He had that poem, ‘They F*** You Up, Your Mum and Dad’: he’s well worth checking out. I’m sort of influenced from different lines.”

He still gets offered sessions and states that some of his session vocals filled a gap in his life after XTC folded. It’s unlikely that we’ll see Moulding returning to the live stage, but don’t rule out another single in the future. “I don’t operate the way I used to,” he says. “Before, the record company would say, ‘We need something.’ Now, when I have something I have real faith in, I’m just going to release it…At my age, you can’t afford to squirrel things away. You’ve got to let it go.”

3 comments on “Catching Up with Colin Moulding of XTC”