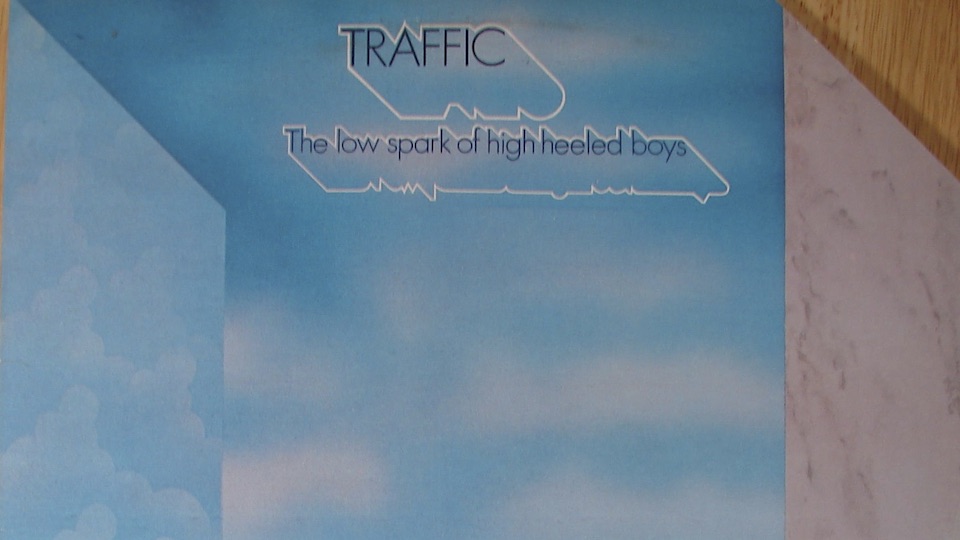 Traffic’s eclectic sound gained them a loyal cadre of fans during the late 1960s and early to mid-1970s. Founded in 1967 by Steve Winwood, Dave Mason, Jim Capaldi and Chris Wood, the band explored a variety of musical genres throughout their existence, beginning with their early psychedelic-edged singles “Paper Sun” and “Hole In My Shoe.” The band’s first two albums, 1967’s Mr. Fantasy, and their eponymous 1968 sophomore effort were an entertaining mixture of pop, rock, and soul. The group also incorporated elements of jazz, folk, blues, and world music into their sound, culminating in 1970’s well-regarded John Barleycorn Must Die, which featured the trio of Winwood, Capaldi, and Wood.

The band’s follow-up to John Barleycorn Must Die was the 1971 disc, The Low Spark of High Heeled Boys, which celebrates its 50th anniversary this year. Traffic’s lineup for the record once again included Steve Winwood, Jim Capaldi, and Chris Wood. They were joined in the studio by percussionist Rebop Kwaku Baah (who’d recently played with the group on tour), Ric Grech on bass, and Jim Gordon on drums. Grech had played with Winwood and Eric Clapton in the short-lived supergroup Blind Faith, while Gordon had played with Clapton in Derek and the Dominos. Low Spark was the band’s first release on their new label, Island Records. The original album catches your eye immediately, thanks to the unique design of the cover, which features the top right and bottom left corners clipped off, creating the look of a three-dimensional cube.

Low Spark continued the band’s tradition of moving through multiple genres within their music. “Hidden Treasure,” which kicks off the album, “Many A Mile To Freedom,” and “Rainmaker,” are folk-tinged, introspective numbers, featuring lovely arrangements and heartfelt vocals by Winwood. They’re low-key and reflective songs, augmented by the use of instruments like flute and violin. Things kick up several notches on the harder-edged “Rock & Roll Stew” and “Light Up Or Leave Me Alone,” both of which feature growling, soulful lead vocals by Capaldi. He’s supported by tightly focused, energetic grooves from the rest of the band, with Grech’s bass and Rebop’s percussion particular standouts.

The most memorable tune on the album is the epic title track. The song grew out of a phrase scrawled in Jim Capaldi’s notebook by actor Michael J. Pollard (of Bonnie & Clyde fame) while the two friends were working on ideas for a movie that never got made. “The Low Spark of High Heeled Boys” opens quietly, and gradually builds up in intensity, spotlighting Chris Wood’s haunting saxophone, Jim Gordon’s amazing drum work, and Steve Winwood’s distorted organ riffs and passionate vocals. The rest of the band contributes mightily to the tune’s wide-ranging mix of styles and sounds. “The Low Spark of High Heeled Boys” successfully integrates the diverse styles featured on the rest of the album into a stunning twelve-minute rock and roll symphony.

“The Low Spark of High Heeled Boys” has been interpreted by some reviewers and listeners as a drug-themed tale, while others see it as a shot at the endemic greed of the music industry. Whatever your thoughts on the meaning of the song are, there’s no doubt that the colorful and evocative tune is now considered a classic. “Low Spark” was a staple on AOR playlists for years, and Winwood regularly features it (and several other tracks from the album) in his live shows. Covers of “Low Spark” have been recorded by Rickie Lee Jones, Widespread Panic, and The Dead. Dave Mason performed a unique, blues-based arrangement of the song on his Traffic Jam tour. The Low Spark of High Heeled Boys is one of Traffic’s greatest achievements as a band and still manages to enthrall listeners fifty years later.