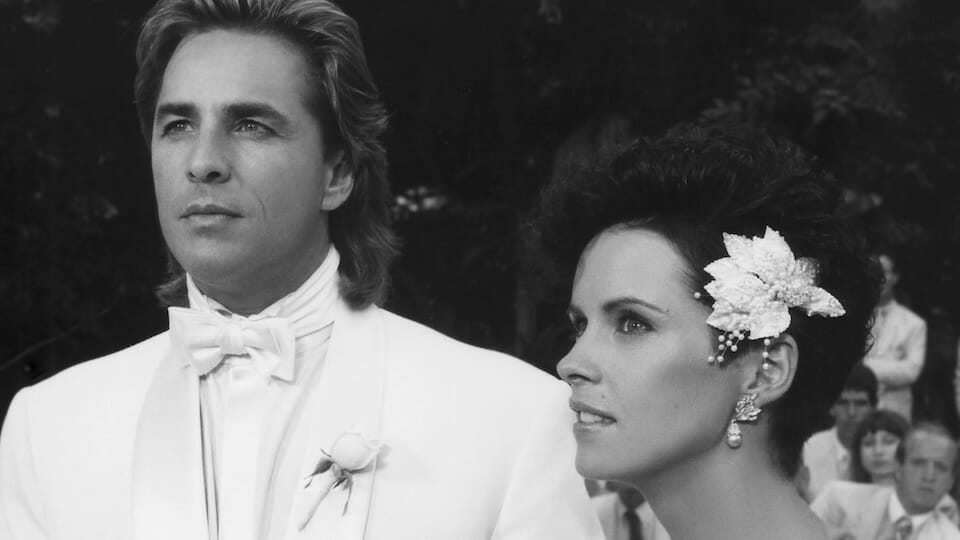 Miami Vice is one of — if not the quintessential period pieces in TV history. For millions of viewers on Friday nights, the dynamic duo of Don Johnson and Philip Michael Thomas as detectives Sonny Crockett and Ricardo Tubbs stopped crime any which way they could in the dark underbelly of sunny Miami.

After debuting in 1984, the show quickly grew into one of the biggest shows on TV. But beyond the pastel-driven aesthetics, blazer-and-t-shirt combos, and “buddy cop” tropes was also a heavy musical influence. This was one of the first shows to regularly incorporate popular music into each episode and utilized a mix of some of the biggest contemporary hits of the era alongside classic rock standards. Over time, the series also developed a knack for cool cameos from the world of rock n’ roll. Here’s a countdown of Miami Vice’s finest musician guests.

In this oft-lauded episode, Little Richard plays a bit role as an eccentric, energetic preacher. In life too, the performer had left the booming rock scene of the ‘50s to join the ministry. Here, his character Reverend Marvelle Quinn preaches an anti-drug sentiment and sends his disciples out to spread the word on the streets of South Beach.

The revered singer-songwriter was urged by his son to take this guest spot. Initially the plan was for Cohen to portray the main villain but his role was cut to two phone conversations totaling a mere minute and a half. As Cohen recalled to Q magazine “The casting director from New York called me up and said, ‘You were fantastic, truly wonderful!’ And I said, ‘You mean I’m fired.’ And he said, ‘Yeah, we’re cutting all your other scenes and giving them to another guy.’”

Aside from Broadway fame via Jersey Boys and still touring in his 80s, Valli also tried acting along the way. In this mid-80s stint, he plays mob boss Frank Doss who, with his partner Johnny Cannata, runs a dirty racket looking to set up a legal casino in Miami, only to find Crockett and Tubbs in their crosshairs.

Combine the hardest working man in showbiz with a government conspiracy and a touch of the paranormal and you’ll get probably the show’s strangest guest appearance. The Godfather of Soul portrays an estranged spokesperson for an organization devoted to alien encounters. The episode delves into the supernatural in a way that makes you wonder what the writers were smoking. Something good!

At the time, jazz legend Miles Davis was in the midst of mainstream success resulting in financial rewards he’d never seen before. History may remember Davis as the “Prince of Darkness,” but in this 1986 episode, he was brothel owner “Ivory Jones” who cooperated with Crockett and Tubbs to help corner their man.

See Related: “It Takes A Long Time to Be Able to Play Like Yourself”

Arguably, the most seasoned musician-actor to appear on the show (40+ acting credits in his career), Nelson plays renegade Texas Ranger Jake “El Viejo” Pierson — eager to revenge his former partner’s son’s life. When he gets caught between a wild gang and the crime-fighting duo, he also contrasts the glamorous Miami lifestyle with a rugged integrity more true of the Lone Star State.

4. Sheena Easton in multiple Season 4 Episodes (“Like a Hurricane,” “The Rising Sun of Death,” “Love at First Sight,” “Rock and a Hard Place,” and “Deliver Us from Evil”)

Popstar Sheena Easton was brought in for a seriously pivotal role. She plays singer Caitlin Davies who gets to live out a commonplace fantasy of the day by marrying Don Johnson’s character. It was one of those scenarios in which the cop assigned to protect a witness ends up falling in love with her. For five whole episodes romance – and eventually marriage – filled the air.

This one was based around Glenn Frey’s hit 1984 song of the same name. When the time came to film it, Frey was asked to appear (and thereby started a trend!). He plays a scruffy and charismatic pilot named “Jimmy” who joins Crockett and Tubbs on an undercover mission. Frey went on to write one of his biggest solo hits (“You Belong to the City”) specifically for the show.

Frank Zappa was known for many things but acting wasn’t really one of them. That’s why it was such a surprise to see him on Miami Vice. Experienced or not, he does a surprisingly good job as an intimidatingly persistent character hell-bent on recovering a large sum of money.

Love him or hate him, Phil Collins’ appearance on the show was a stroke of brilliance. While his songs “In the Air Tonight”, “I Don’t Care Anymore”, and “Take Me Home” all surfaced in earlier episodes, here he pops up on screen as a slimy con artist posing as a local game show host. The episode even featured an “original” song (“Life Is A Rat Race”) — basically, a rewrite of “The Man With the Horn” thereby cementing his place in Miami Vice history.