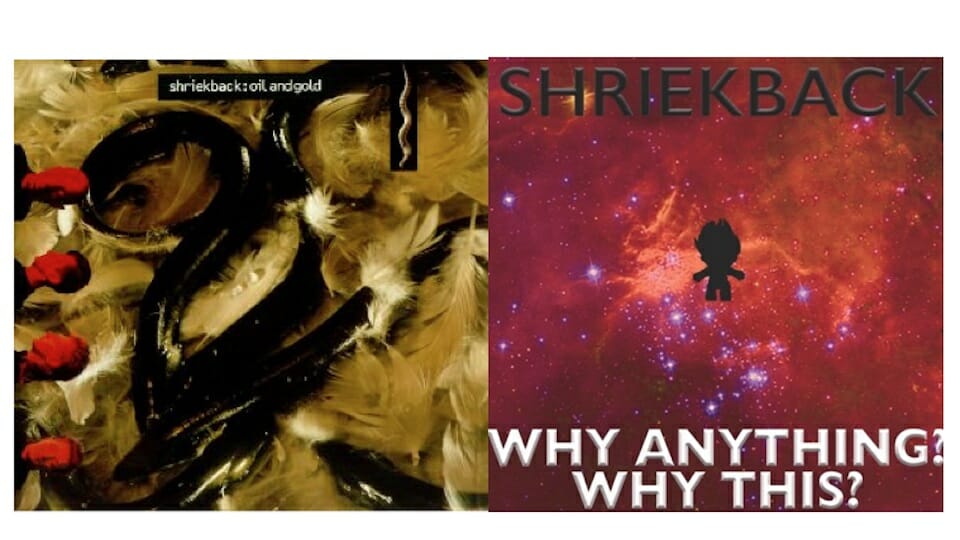 Despite the reverence rightfully accorded Andy Partridge and Colin Moulding, they weren’t the only two great songwriters in XTC. There was also Barry Andrews who left the group in 1981 to form Shriekback, an underappreciated band whose powerhouse third album Oil & Gold assembled everything that was interesting and viperous about synthesized pop on a single record in 1985. Their ‘90s album Sacred City may have been a patchy affair, but their 2010 release Life in the Loading Bay brought back that sensuous feel and boded well for the future. And so we waited… Which brings us to this year’s Why Anything, Why This?, easily the best of what they’ve produced in a long time: kitschy, vast, bluesy, magnetic, and blessed with an opening single  (“And the Rain”) that’s a capricious composition delivered with “Nick Cave” magnitude.

This is, after all, an album of musicianship. Scott Firth — formerly of Public Image Limited — adds irrefutable bass to selected tracks, while Shriekback regulars Wendy and Sarah Partridge (neither related to Andy) contribute invaluable backing vocals time and again. Admittedly, Shriekback has had a revolving door for its players, with the one constant being Andrews’ leadership. This time around, the one-time XTC keyboardist plays much of the guitar, referencing a tasteful Leonard Cohen waltz swing on “Catmandu” then some Bo Diddley beats on “Sons of the Dirt” along the way. Rounding out the sound are Martyn Barker, whose drumming manages to be both jazzy and jarring, and longtime bandmate Carl Marsh whose slide guitar playing is frankly a thing of wonder.

As to the tracks themselves, “37” is sung in a mock-shanty style that isn’t afraid to incorporate nice aural throwbacks to the ‘80s, even as the album, as a whole, ventures into uncharted Louisiana territory. Why Anything, Why This? is really as much new blues as it is retro synth pop. Indeed, there are fewer beats here than you might expect as the guitars and drums commit to creating a backdrop that’s more cavernous than carved. A number like “Shovelheads” goes deep with rock-fused blues vocals and choral voices and ends up too good for casual Sunday afternoons; it’s too enjoyably abrasive for that!

The mid-album highlight is “The Painter Paints”  a song that’s swampy in lyrical poetry and musical dexterity, and probably most clearly exemplifies how this album is one of ideas. There is a welcome headiness to Why Anything, Why This? As Andrews explained in an interview with Essentially Pop, this record is exploring “a pretty fundamental philosophical question. ‘Why does anything exist? And, since it does, why does it take the shape of all the multifarious phenomena we see around us?’ I like reading about philosophy- particularly metaphysics – mainly, I think, to give myself a weird vertiginous thrill, unobtainable in any other way.”

Keep that in mind when you’re listening to “Such, Such Are the Joys,” his delightfully cerebral soundscape a la Robert Fripp or “Wriggle and Drone,” a track which might sound like a distant cousin to “This Big Hush” from Oil & Gold, even if it is more “acoustic slow-burn” than “seductive synth sedative.” Throughout, Andrews proves very sure of himself as an artist, independent of XTC. (He turned down the opportunity to appear in the not-quite-completist documentary XTC: This Is Pop in part because he didn’t feel the need to re-tread old ground.) So while he may sample past beats for good measure on the excellent “Useless Treasure,” he’s also shifting the emphasis to keyboard instead of drums. (Barker has rarely if ever sounded better.)

See Related: “A Prediction: ‘This Is Pop’ Will Pull In New Fans for XTC”

The invisible glue is Shriekback’s producer Stuart Rowe who keeps the focus sharp and the music loud. When this post-punk act returns to the concert stage stateside for the first time in 25 years starting this July, it’s going to be a corking show if Why Anything, Why This? is any indication.

Photo Credit: Fair use images of album covers for Oil and God and Why Anything? Why This?