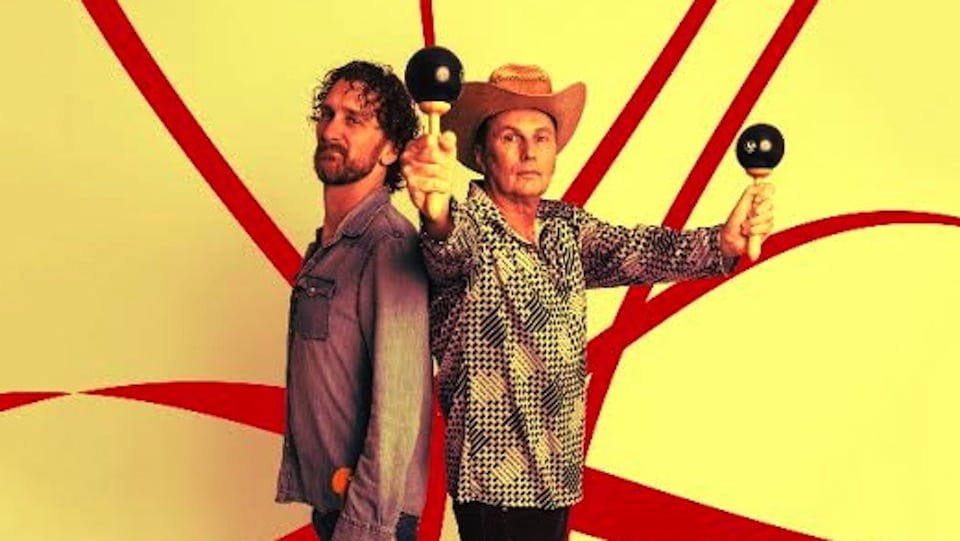 Any city that claims live music as an integral part of its soul will undoubtedly have local bands emerge from the crowded landscape. Sometimes, those musicians hit the big time. Think R.E.M. from Athens, Georgia or Prince from Minneapolis. More often than not though, homegrown bands will come and go, fail to get a footing or fade into distant memories. But every “music city” in America also has its hidden gems, groups, and artists that stand the test of time and keep playing for the locals and tourists alike. In Austin, Texas, one of those jewels is a guy named Mike “The Tyrant of Texas Funk” Barfield.

Barfield’s brand of “Texas Funk” has blues and rock infused into its funkiness and is delivered by a guy that doesn’t look the part. Think of a six-foot leprechaun (with red lambchop sideburns) who shimmies like James Brown. That’s Mike Barfield. Oh, and he wears a cowboy hat. It is Texas after all. And when you watch Barfield in action, it’s hard to reconcile what he does onstage with who is doing it. Hell, that’s part of what keeps the people coming back.

The other part of The Tyrant’s appeal is, of course, his music. Barfield embraces the huge influences of Elvis and Hank Williams but admits that when he heard James Brown’s “I Feel Good” for the first time, “I just flipped out, man. I’d never heard anything like that before.” Yet while The Tyrant delivers live, records have been another story. Admittedly, Barfield loves the stage more than the studio. His first and only full album release, The Tyrant, dropped in 2005 and cuts from the record including the LP’s title song, “The Solution,” and “You’re What’s Happening” all remain set staples for him. (Interestingly, when Billy Gibbons of ZZ Top released his only solo record, Perfectamundo in 2015, he included a version of the latter. That speaks volumes.) Add two EPs to his body of work, one of which is set for release this summer, and you have a rather short discography. Although Barfield’s limited studio time may have kept him from achieving broader success, music fans in Austin know better. Fans have kept Barfield and his band working steadily since 2003. Not only that, The Tyrant and his band have helped revive the Austin funk scene.

Nearly matching his intensity on the stage is guitarist Johnny Moeller. Moeller, who also tours with the Fabulous Thunderbirds, adds a swampy feel to the music and Barfield sings his praises for “bringing it” every night. When you have a high-energy show, it’s what you must do. Onstage, Barfield shuffles, slides, and grinds. He names his dance moves with monikers like, “The Driving Miss Daisy”, “The Spooky Grinder”, and “Bird in the Hand.” At a Barfield show, you too are going to move your body. You may not dance quite like The Tyrant — and you probably won’t be as sweaty when the show is over — but you will have worked off the calories of a cocktail or two. As great as it may be to pop in a Barfield CD, it just can’t compare with the live action show.

Steve Wertheimer, owner of Austin’s C-Boys Heart & Soul and The Continental Club relishes having Mike Barfield in his stable of talented musicians. When you are the owner of landmark live music venues in the “Live Music Capital of the World,” you’re a de facto gatekeeper to keeping the city’s claim legit. He calls Mike Barfield, “the baddest ass mofo on stage anywhere in the world”. Mojo Nixon called him “The Caucasian Sensation.” Check him out next time in you’re in Austin and give him a name of your own.

5 comments on “Mike Barfield: All Hail the Tyrant of Texas Funk”