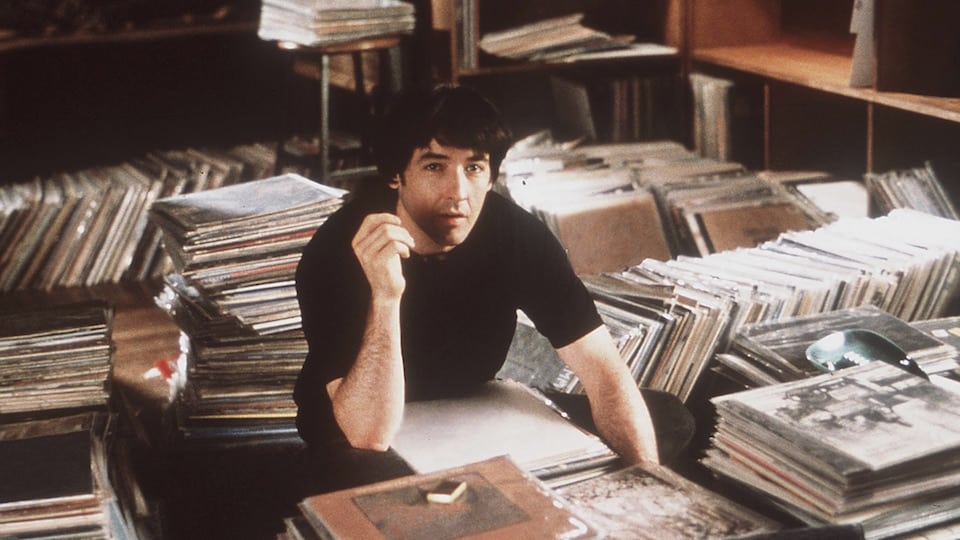 Much like Rob Gordon, the impossibly likeable record store owner at the center of the cultishly revered movie High Fidelity, we simply cannot resist a good Top 5 list. So we thought we’d take a look at just what makes Stephen Frears’ beloved romantic comedy (based on Nick Hornsby’s equally charming novel) and starring John Cusack, Jack Black, Joan Cusack, and Lisa Bonet, one of our all-time favorites. As Rob himself once said, “I agreed that what really matters is what you like.” And we like High Fidelity.

1. The Star
Though Cusack has had his share of memorable performances from the iconic Lloyd Dobler in Say Anything to Gross Pointe Blank to Midnight in the Garden of Good & Evil, his turn as sardonic, obsessive Rob Gordon ranks among his very best. An atypical leading man, Cusack shines by imbuing Rob with his particular brand of sarcastic, neurotic charm while adding a warm sincerity to the more serious moments. Additionally, he deftly handles Rob’s direct addresses to the viewer without ever making them feel awkward or absurd. Somehow, Cusack comes off assured even when Rob himself is not.

2. The Screenplay
One of the trickiest aspects of adapting Nick Hornby’s bestselling novel was finding a way for its chatty protagonist to speak directly to the audience about his innermost thoughts and feelings. Cusack, who co-penned the screenplay, was initially nervous about such a tactic, but director Stephen Frears loved the idea and assured him it would work. These direct confessionals are not only a huge part of the movie’s overall appeal; they’re also what makes the film stand out among other romantic comedies. As such, Rob’s self-deprecating sense of humor playfully colors the entire story. Admittedly, Rob can come off more than a little misogynistic, but to Hornby’s credit, Rob is self-aware and eventually comes around to some self-realization. That’s good writing.

4. The Music
Frears reportedly whittled an initial list of over 2,000 songs down to 70 musical cues. The result is a carefully curated mix of deep cuts from Dylan to the Kinks to Stereolab. This killer soundtrack is necessary for Rob defines himself and everyone else in terms of their musical tastes. Turning his nose up at Art Garfunkel, Cat Stevens, and James Taylor, he finds his snobbery matched only by co-workers Barry and Dick, who argue over Belle & Sebastian and lament Stevie Wonder’s later output. In the end, High Fidelity is a love letter to obsessive music fans everywhere. That’s a passion we support.

5. The Top 5 Lists
Among the more unique aspects of High Fidelity are Rob’s Top Five lists — made and recounted throughout the movie. Though now listicles are fairly commonplace, Rob’s predilection to ranking his life, his loves, and his musical obsessions seemed pretty novel way back in 2000. He shares his top five movies (Blade Runner is number one) and his top five dream jobs (Journalist at Rolling Stone from 1976 to 1979 earns the top spot). But the film is mainly focused on his Desert Island, All Time Top 5 Breakups — including the one with Laura (the marvelous Danish actress Iben Hjejle) that is currently in progress.