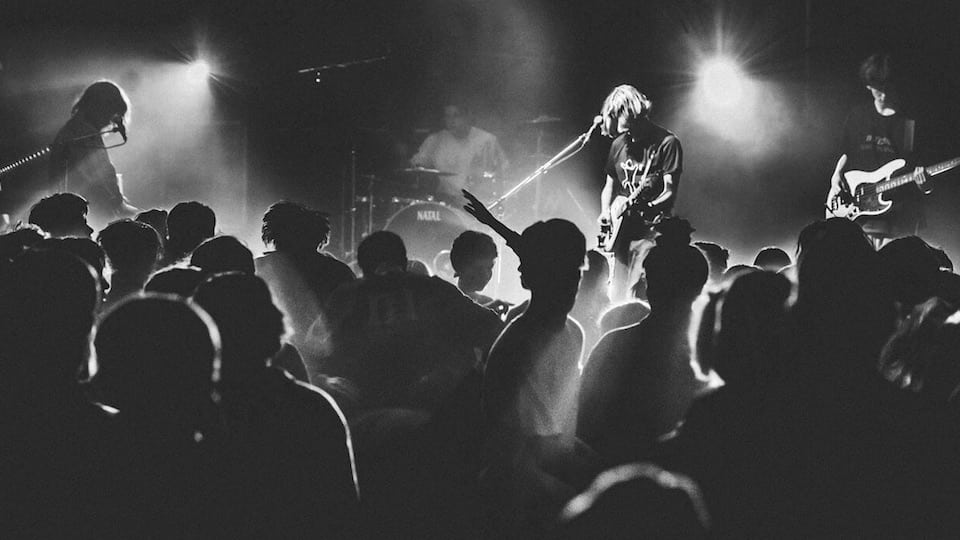 Never heard of Dose? That’s to be expected. The young noise-rock band out of Newcastle Upon Tyne, UK is just releasing their first single from the indie label A Turntable Friend. But already DIY Magazine has lauded their song “Furniture” for its “combination of scuzzy, noisy and reverb-soaked guitar riffs” while The Line of Best Fit is extolling the band’s “guitar refrains, which bleed in and out of existence.” All that’s true. What’s also true is that hearing these first two songs will likely leave you craving more. But until they’ve blessed us with more of their richly layered sonic landscapes, we’re simply going to have to make do with an interview with bandmates Sean Turland and Ewan Barr.

Q: Your use of a guitar riff as a backbone for both these songs creates a wonderfully hypnotic effect. Do you start with the guitar when creating a song? What’s your songwriting process like as collaborators?

Sean: All our songs start as a loop guitar pedal myself or Ewan have created independently. We then meet up, pick a loop we both like, and piece together a structure to turn it from just a pretty melody into an actual song. The looper confines us to repeating guitar riffs in an almost clockwork way, which bleeds into the finished tracks.

Q: The lyrics seem to be much more about mood than story. Which made me wonder: Are there particular poets, you’re fans of?

Ewan: I’ve never really read poetry although I do pay attention to the lyrics of Elliott Smith and Duster because of the subtle but honest approach they took. Our lyrics tend to arise from introspection, most of which will start as poems I will write in the moment. Often I will collaborate with friends who take an interest in poetry as it’s nice to see how they interpret the song titles.

Q: Given that your band is based in Newcastle, what other bands there do you think are worth getting on our radar?

Sean: Towards the end of last year myself and Ewan got involved in other local projects (Seeing Hands, Primitive Painters) which are both in transitional periods for the moment, but worth checking out. Our bassist Matthew is in an off-kilter punk band Roxy Girls who have been gaining attention recently since the release of their debut E.P. Then there’s Okay Champ who make dark, brooding post-punk, plus our good friends Headclouds who are making waves with their summery dream-pop.

See Related Article: “Shining A Light On A Big Yes and a small no”

Q: It’s easy to imagine your music being accompanied by hallucinatory visuals (and I know that you actually collaborate with a visual artist for your concerts). But if you could have any filmmaker shoot your next video, who might that be?

Ewan: For me, it would have to be Denis Villeneuve and Roger Deakins, their work on Blade Runner 2049 was mesmerizing and reminiscent of some of the visuals Mitchell has produced for us. The color palettes and enigmatic silhouettes used throughout the film would fit nicely alongside our sound.

Q: Just to flip this question on its head, the sound of your songs are so textured that they’d work quite well as the accompaniment to a silent film. If you could orchestrate any silent film, what might that be?

Ewan: We don’t watch too many classic silent films but I think the obvious choice would have to be Nosferatu after all the inspiration it’s given to Slint, who in turn inspired our music.

Q: Since Dose has previously toured a bit in the UK, is there a city or even a specific club that you especially enjoy playing at?

Sean: Our favorite venue so far has to be The Cluny in Newcastle — We’ve played there with Soviet Soviet, Ulrika Spacek, and curated a night there for our single release last month. The room seems to suit our sound perfectly, plus it’s a relatively large venue with an unusual layout, but still manages to feel intimate.

Q: Now that you’re releasing your first single, when can we expect your first bona fide album? How far along are you in the process?

Sean: We’ve never been a band to rush releases so an album is quite a way off, but we’re in a period of demoing new tracks which have a slightly more upbeat feel — so a series of singles, or possibly an EP will be next step after the release of our Double A-Side for “Furniture”/”Opaque” this month.

P.S. You know you want it. Click here to order your copy of “Furniture/”Opaque”.