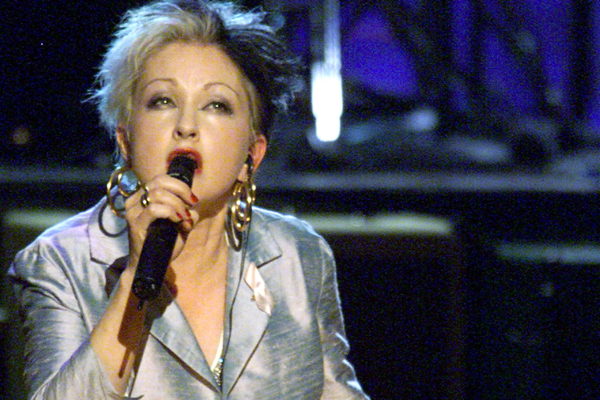 Let’s face it. Tax Day forces money even more than usual on our collective brains. Well, with that in mind, since music can be a great soother and mood elevator, today seems like a really good day to sift through the playlist of our lives for some money-based tracks to add a little lift to our step. Whether it is a serenade of the cold hard cash’s material perks or the commiserating misery that comes from hearing of someone else doing without, songs about the almighty dollar may be a dime a dozen but the following ten are golden.

1. The Beatles’ “Taxman” (1966)
George Harrison contributed this wittily bitter ode to The Beatles’ Revolver album. Horrified by the 95% super-tax levied by the Labour government at the time, he laid out his mortification in fine style: “If you drive a car, I’ll tax the street/If you try to sit, I’ll tax your seat…” The combination of social relevance and a feel-good catchiness makes this one a bona fide classic.

2. The O’Jays’ “For the Love of Money” (1973)
Exemplifying the Philadelphia R&B sound, this O’Jays song takes a Bible passage — “For the love of money is the root of all evil” — and transforms it into a cautionary tale about how greed can bring about one’s downfall. Its opening riff, “Money money money money money” lures us right in. The message is no less memorable today.

3. Pink Floyd’s “Money” (1973)
A work of genius, with its layers of sound, quirky time signature, and endless jangling of cash registers and coins, this radio hit from The Dark Side of the Moon speaks cynically about the downside of wealth, while undoubtedly raking it in for Pink Floyd. Released in 1973 with a “bulls**t” lyric intact, a slightly censored version soon followed to pacify scandalized parents.

4. Hall & Oates’ “Rich Girl” (1976)
This clever ditty, which topped the charts for Hall & Oates, tells the story of a profligate, soulless girl living off the family funds (“You can rely on the old man’s money…”). But take note: The inspiration for the lyrics was actually a man. Daryl Hall simply felt that “You’re a rich boy…” didn’t work as well. Looks like he was right.

5. Cyndi Lauper’s “Money Changes Everything” (1983)
On Cyndi Lauper’s groundbreaking album She’s So Unusual, this Tom Valentine tune was shopped out to a few other singers before Lauper finally owned it. She belted out these lyrics with a ferocity that suggested money trumped love, at least in this instance. As you’d expect, the accompanying music video captures Lauper in all her idiosyncratic, effervescent spirit.

6. Donna Summer’s “She Works Hard for the Money” (1983)
This chart-topper from Donna Summer’s album of the same name was inspired by a brief encounter Summer had with a weary, hard-working bathroom attendant at Chasen’s Restaurant. With this song, Summer not only honored the unsung service employees in the process, she also created one of her most enduring hits.

7. Simply Red’s “Money’s Too Tight to Mention” (1985)
This cover version of a 1982 track by the Valentine Brothers was so well-served by the soulful brilliance of Simply Red that it became an international hit. The heartbreak of a man who’s broke and whose friends are too indigent to help was a powerful statement for the era. Truth be told, it still holds power today.

8. Pet Shop Boys’ “Opportunities (Let’s Make Lots of Money)” (1985)
“I’ve got the brains you’ve got the looks…let’s make lots of money.” Described variously as a satirical condemnation of Thatcherism and the clueless babbling of a “couple of losers,” the snark factor is high whatever your political affiliation here. And so is the undeniable earwormy quality of this rather dark, electronically throbbing song.

9. Johnny Kemp’s “Just Got Paid,” (1988)
The late Johnny Kemp went platinum with this New jack swing confection that celebrates a cashed paycheck on a Friday night. This Grammy nominee is less about acquiring riches as it is about making a full life from paycheck to paycheck. The video, with its colorful makeup and unapologetic swagger, radiates joy.

10. The Notorious B.I.G.’s “Mo’ Money, Mo’ Problems” (1997)
An instant classic released posthumously, this track samples Diana Ross’ “I’m Comin’ Out” and features vocals by Mase, Sean Combs and Kelly Price. This single concerns huge financial success leading to one’s ruin — especially when others begin to cluster around for their own gain. As bad-ass a cautionary tale as they come, delivered with mojo and humor.

0 comments on “Some Songs for Tax Day”