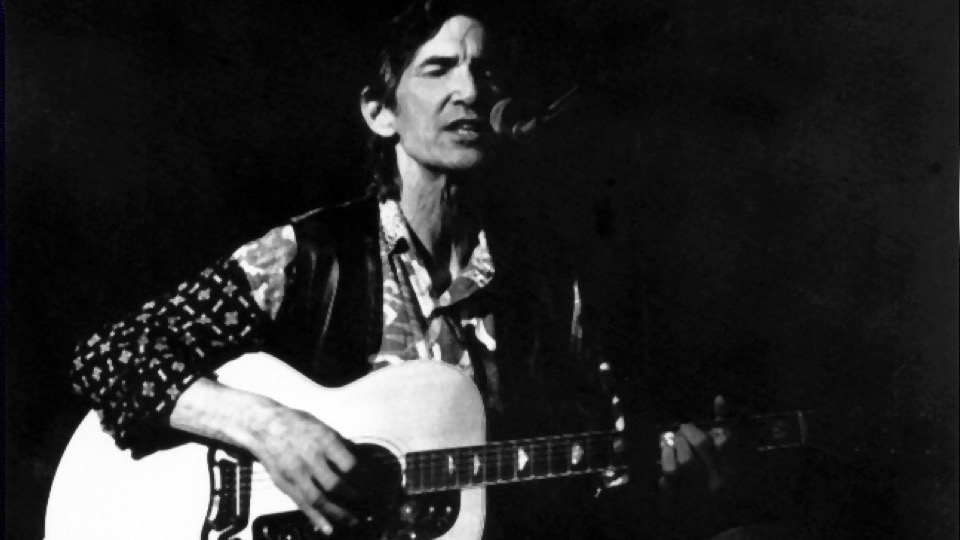 Since his passing in 1997, singer/songwriter Townes Van Zandt has become a musical touchstone for artists across an array of styles and genres. Remembered as much for his tumultuous personal life as for his songwriting, one might argue that the status of Van Zandt as a cult figure has overshadowed his unique artistry.

Van Zandt has been cited as an influence by a disparate assemblage of songwriters including Neil Young, Steve Earle, and Willie Nelson. This speaks to the function of Van Zandt’s narrative voice as a vehicle of sorts, the destination of which is contingent upon the passenger’s own experience.

There is a deceptive simplicity in the phonetic choices of his lyrics which can lower the defenses of the listener. The songs open themselves up with a lucidity that renders them equal parts profound and childlike. The memorability of the songs is akin to that of a nursery rhyme, while their discernible grasp of the human condition is almost scholarly in its scope.

This dichotomy shaped Van Zandt both as an artist and as a man. His reckless lifestyle was offset by a sincere idealism and gentle humor, the latter of which shone through as a cornerstone of his live act. Van Zandt would meander through lighthearted anecdotes like a Southern grandpa arriving at punchlines that landed right on the nose. All this between heartfelt renditions of the saddest songs anyone had ever heard.

This dynamic is perhaps best represented throughout Live at the Old Quarter, Houston, Texas. The double-live album documents a 1973 performance of Van Zandt, is considered essential listening, and is often regarded as his greatest album.

Humor wasn’t necessarily implemented as a means of offsetting the grim nature of much of Van Zandt’s material. Rather, the jokes added another dimension to the narrative. The childlike sincerity and, unanticipated wit of the man himself served to add pieces to the puzzle.

Through the banter, the characters occupying the songs begin to transcend their own depictions as rambling, hard-living misfits. In the songs, one begins to hear someone’s son, a best friend, a person with something worthwhile to contribute, who just can’t seem to get one up on his demons or the external world. Through these developments, the narratives expressed become all the more heart-wrenching based on the introduction of hope as a would-be prospect.

In conjunction with his prowess as a songwriter, Van Zandt was also a formidable musician. Initially, the singer utilized a conventional, strummed, cowboy-chord approach to guitar, one typical of many songwriters. His exposure to the technique of legendary bluesman Lightnin’ Hopkins – with whom Van Zandt performed several times – would have a profound impact on his own playing. Van Zandt once stated, “I learned from Lightnin’ that you can hit different notes on the guitar as opposed to strumming.”

The bulk of his output was presented simply as Van Zandt singing while accompanying himself on acoustic guitar. This shone a light on the singer’s deft fingerpicking abilities, which can be heard in many numbers throughout his discography. One such tune is “Waiting Around to Die,” an early Van Zandt composition that became a signature song of sorts. The documentary film, Heartworn Highways, features a live performance of the song and provides an excellent visual of Van Zandt’s pristine, right-hand dexterity on the six-string.

Like many great artists,  Townes Van Zandt was a man of many contradictions. While it’s indiscernible whether his debauched, wandering lifestyle was ultimately a catalyst or a detriment to his artistic expression, the most plausible supposition may very well be that both are true.

Van Zandt was an artist beyond summation by the language he meticulously wielded as the tools of his craft. But if one were pressed for an encapsulation of the man’s artistry, the final bars of his own “Tower Song” may be as fitting a representation as any:

“A mother’s breast, a newborn child/ A poet’s tears, a drunken smile/ Can’t help thinking all the while/ Their meaning won’t be wasted.”

0 comments on “More Than the Myth: The Craft of Townes Van Zandt”