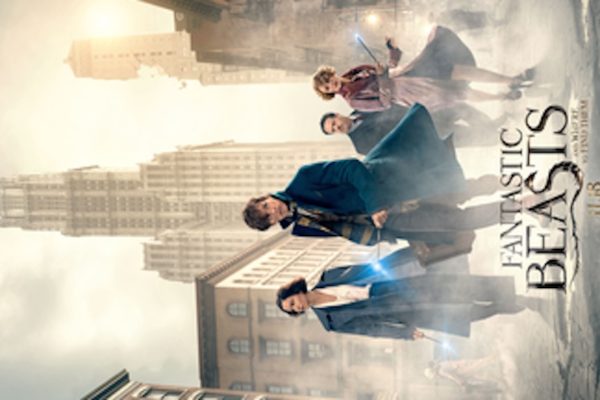 It’s been said before, but these days it truly appears Hollywood has run out of original ideas. Two new trailers came out recently that seem to say we are in a never ending succession of movie franchises. Nevertheless, these trailers blew up the Internet and the films are sure to be blockbusters once released later this year. The first was for the newest film in the Star Wars franchise. Rogue One: A Star Wars Story will follow a group of resistance fighters who unite for a daring mission to steal the plans to the dreaded Death Star. (The story is meant to take place before Star Wars: A New Hope.) Felicity Jones (The Theory of Everything) is introduced in the trailer as Jyn Erso, a rebel who has been on her own since the age of 15 and seems to know her way around a blaster. Take a look (the trailer, by the way, got nearly 31 million views on YouTube in just six days):

Diego Luna and Forest Whitaker also star in the movie, set for release on Dec. 16. And unless you’ve been living under a rock, you know this is just the tip of the iceberg when it comes to Disney’s plans for the Star Wars world. Episode VIII will grace movie screens in December 2017 and there will be other stand-alone films which, like Rogue One, will be part of the so-called Star Wars Anthology Series. Got it?

The second trailer released was for the film Fantastic Beasts and Where to Find Them, the latest installment in the Harry Potter franchise coming this November. Fantastic Beasts is actually a prequel, taking place about 70 years before Harry, Ron, and Hermione start their famous adventures at Hogwarts School of Witchcraft and Wizardry. It follows the story of Newt Scamander, a one-time student at Hogwarts, played by Eddie Redmayne (who coincidentally co-starred with Rogue One’s Felicity Jones in The Theory of Everything). Scamander is now a magizoologist coming to America for the first time – with some interesting cargo in his magic suitcase. Watch:

Of course, it’s not just Harry Potter and Star Wars churning out new franchise films and spinoffs. As I was putting this post together, James Cameron announced he is making FOUR sequels to 2009’s Avatar. Avatar 2 will hit theaters in late 2018. A new Captain America movie is coming out next month. Marvel is also working on Guardians of the Galaxy 2. And don’t leave out DC Comics. It was just revealed that Ben Affleck will work on a standalone Batman movie after starring in the monstrous Batman v Superman. DC Entertainment and Warner Bros. have at least 10 other superhero movies planned, including features for Wonder Woman, The Flash, and Aquaman. Disney has Finding Dory set for release this summer and Frozen 2 is in the pipes. And The Fast and the Furious franchise is making film #150. I tease – but seriously Fast 8 is coming your way next year with more to follow. I could go on and on and on.

But is this just laziness by the Hollywood studios – or a super smart business plan? After all, Avatar remains the highest grossing movie of all time, taking in nearly $2.8 billion. This year’s Star Wars installment, The Force Awakens, quickly claimed its spot at 3rd on that list. Harry Potter and the Deathly Hallows: Part 2 stands 8th all time, Frozen 9th. The Avengers series has two movies in the top 10. The Star Wars movie franchise has earned a total of $6.5 billion so far, while the Harry Potter franchise tops that with $7.7 billion worldwide. And they stand to make billions more. So, who can blame studio bosses for playing it safe and building on proven successes? All cards on the table, I’m a huge fan of both Star Wars and Harry Potter, so whether it’s a prequel, sequel, threequel, you-name-it-quel, I say bring it on. Sometimes, it is true – if it ain’t broke, don’t fix it.

0 comments on “Prequels, Sequels, Threequels and the Age of the Franchise”