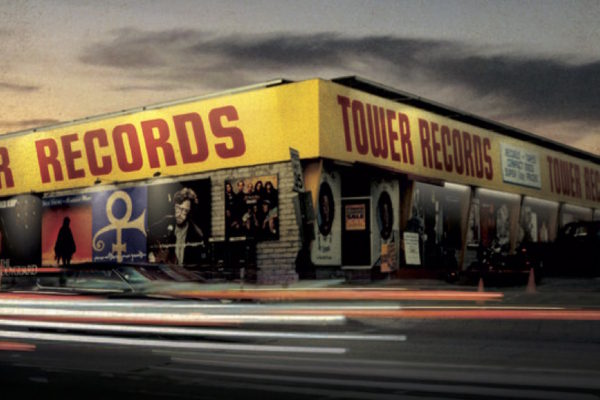 In 1999, Tower Records had over $1 billion in sales. In 2006, it declared bankruptcy. How did the little Sacramento record shop get so many things so right? And, then, what went so terribly wrong? That’s the arc of Colin Hanks’ evocative documentary,  All Things Must Pass: The Rise and Fall of Tower Records. This Kickstarter-enabled feature will bring back many fond memories to music geeks “of a certain age.” The story is familiar enough. In 1960, scrappy young entrepreneur Russ Solomon starts a record section in his dad’s pharmacy, to ride the pop wave he feels all around him. Store after store soon followed, first in other California towns, but ultimately expanding to Asia, London, New York, and South America.

Along the way, Solomon established a freewheeling culture perfectly in tune with the times. Several key employees, and Solomon himself, supply hugely-entertaining “sex, drug, and rock n’ roll” anecdotes to keep things perking right along.

Naturally, there are plenty of celebrity cameos, from former Tower employee Dave Grohl to at-last-a-place-where-I-belong Bruce Springsteen, to super-shopper Elton John. (“I spent more money in Tower Records than any human being.”)

Of course, the party didn’t last. Between over-expansion, lost focus, and that pesky Internet, the business lost its mojo and went bust. There’s a semi-sweet coda where Solomon visits the resurrected Tower in Japan, and some hopeful talk about vinyl’s resurgence; but the Big Ship has clearly sailed.

The facts of the Tower story are certainly worthy, and the movie handles them quite capably, but the film’s real charm is its conjuring of musicophilia at its finest. Those of us who lingered in aisles, thumbing record after record, bathing in the liner notes, jousting with the clerks, and being otherwise submerged will remember the feeling. Spotify and its brethren deliver more music, at a mere keystroke, than Tower ever could; but the physical charm of being in Mecca is hard to replace.

For anyone for whom a music store was home, this film will bring you back.

PS. You might enjoy our posts about other cool documentaries:  These Guys Were REALLY Behind the Music, Rock’s Quiet Founding Father and With The Beatles From the Beginning.

1 comment on “From Mecca to Memory: A Look Back at Tower Records”