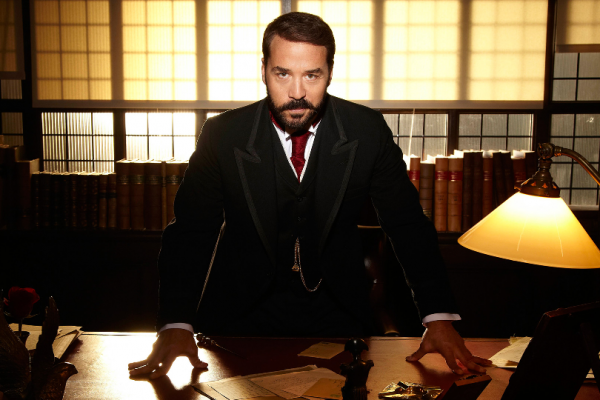 So, you might be thinking enough already with the posts on the PBS period pieces (yes, I’ve written about Downton Abbey and Grantchester for this blog). But I have another to recommend: Mr. Selfridge, starring Jeremy Piven of Entourage fame. He plays another fast-talking, hot-tempered, successful businessman…about 100 years before Ari Gold’s time.

Mr. Selfridge is ending its four series run this weekend, but it’s an easy show to binge-watch. Piven shines as the title character, Harry Gordon Selfridge, an American who founded the world-famous London department store, Selfridges. Harry Selfridge lived an extraordinary life, a real rags-to-riches story that stretched across the Atlantic (he first made his name working at Marshall Field’s in Chicago). [amazon template=left aligned image&asin=B00B62R9XM]He was a serial womanizer and gambler, but also a shrewd entrepreneur and a visionary. Selfridge is widely credited with coining the phrase “the customer is always right.” He put the perfume counter and cosmetics on the first floor near the entryway of his store and made goods easily accessible to customers (things so commonplace today we don’t even bat an eye). He spent tons on advertising and turned shopping into an experience. But Harry Selfridge had a love of risk, and his recklessness left him destitute by the time of his death.

Series 1 of the drama starts when Mr. Selfridge arrives in London in 1909. As an outsider, he struggles to get Selfridges off the ground. But just like Ari Gold, Harry Selfridge had no shortage of passion, ambition, or ego to help him prevail. Piven once again plays the showman and clearly revels in it. During the first series, we are introduced not only to Mr. Selfridge’s family (including his wife Rosalie, played by the lovely Frances O’Connor), but also the people who would become his family at his store. And, of course, we meet his love interest, Ellen Love (Zoe Tapper), a young actress with whom Selfridge starts an affair.

The writers take a lot of dramatic license with the stories and characters surrounding Harry (for example, Love is a fictional character representing the various women Harry Selfridge had relationships with), but the show remains fun, interesting, and fast-paced. Plus, there are real elements of Selfridge’s life (and the store’s history) woven into the episodes. The production is wonderful, from the period costumes to the store’s goods, windows, and interior decorations.

Being part of Masterpiece, the show doesn’t lack in the drama department. Series 2 takes us through World War I and its impact on Selfridge and his staff. Series 3 shows us Harry’s life following the death of his wife. His children are aged and another love interest is introduced. Series 4 brings us the famous Dolly Sisters and ultimately takes viewers through to the 20th anniversary of Selfridges. Of course, along the way there is all variety of fortune and folly, love and loss, scandal, and triumph – with Harry Selfridge at the middle of it all.

I must also applaud the great supporting cast who hold their own next to the flashy Piven. They include Aisling Loftus, Amanda Abbington, Katherine Kelly, Grégory Fitoussi, Ron Cook, and Tom Goodman-Hill (it’s a big cast, so I can’t name them all).

Mr. Selfridge may be closing up shop, but it can be a fun addition to your list of shows to binge-watch. And though Jeremy Piven isn’t losing his mind while cursing up a storm like he did as Ari Gold, his portrayal of Harry Selfridge is equally entertaining.