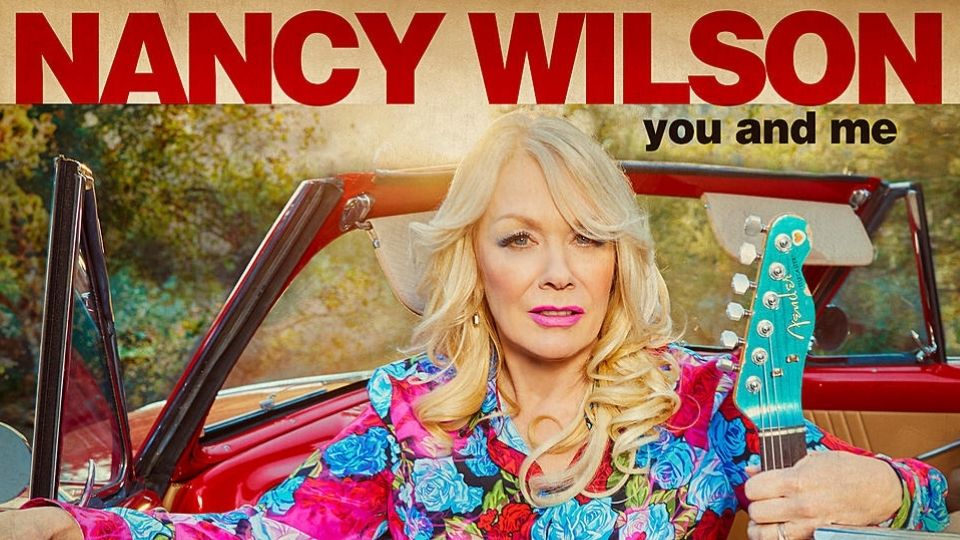 If you’re a fan of Heart, you likely know that in April 2013, the original members (Michael Derosier, Howard Leese, Steve Fossen, Roger Fisher, and the Wilson sisters) reunited for the first time in 34 years for their induction into the Rock and Roll Hall of Fame. The band has not released any new music since Beautiful Broken (2016), which topped off at number 9 on Billboard’s Top Selling Albums chart. Since that year, and due to an unfortunate incident between Ann Wilson’s husband and Nancy Wilson’s twin 16-year-old sons, the two kept a cordial yet relatively cold relationship that lasted for over three years.

Thankfully in 2019, the sisters reconciled and embarked on their Love Alive tour, named after a song from their 1977 album Little Queen.  But again there has been no new Heart music released since 2016.

Ann Wilson, the older of the two sisters, released Immortal (2018) that was comprised of interesting covers of songs like “Baker Street” and “Life in the Fast Lane” – but no new music.  At nearly the same time, Nancy Wilson released a single “Get Loud” (2017) and then an album First Things First late that year with her band, Roadcase Royale. But in her words, Nancy didn’t consider this a “solo” album – most of the songs were co-written and influenced by others.

But on May 7, Nancy Wilson releases her first solo album, You and Me on her new label, Carry On Music.  And based on the three singles unveiled so far, it appears to be a very good LP and reminiscent in many ways of older Heart songs.

The first single from that album was released last fall and is a cover of Bruce Springsteen’s 2011 song “The Rising.”  And though it’s darned near impossible to cover a Springsteen song better than The Boss does, her release was true to the folksy, soulful yet rocking original.  Recorded remotely with each musician providing tracks that were merged into the final version, the music video includes cuts of Nancy singing along with regular folks accompanying her.

The full album is mostly comprised of originals but includes covers of songs like “Dreams” by the Cranberries, and Simon and Garfunkel’s classic “The Boxer” (with help from Sammy Hagar), plus a few others. Given both sisters are accomplished acoustic guitarists, the album includes several folk songs, such as the second single, the eponymous and beautiful “You and Me,” which features Sue Ennis, who Nancy has known since they were 12 years old, and who co-wrote some of the most successful songs by Heart, including “Even it Up” and “Dog & Butterfly.” For you rockers, don’t worry – this isn’t a folk album. Other songs on the release include the high-flying “Party at the Angel Ballroom.”

The closing work for the LP was also released, and it’s Nancy’s tribute to Eddie Van Halen, via an acoustic rendition simply titled “4 Edward.”  As she tells it, Nancy met the guitar prodigy in 1979 when Van Halen was exploding, and the two groups were touring together.  Eddie approached Nancy and complimented her acoustic guitar playing, so she handed him her guitar and asked him to play something.  He admitted that he didn’t own nor played any acoustic guitars.  Shocked, she simply handed hers to him as a gift. Early the next morning, Eddie phoned her and played a piece he had just written on that same guitar.  She describes what she heard as a “combination of classical guitar and rock, but all in the unique style of Eddie.”  The Van Halens never released any version of that song and Nancy suggested that if Eddie were around he probably would not have remembered playing it for her.  “4 Edward” is her attempt to recreate from memory of what she had heard that morning.  In her version, you can most assuredly hear Eddie Van Halen’s signature chord voicings, harmonics, and movement up and down the frets.

In pulling together this release, Nancy felt like she was finally able to step out of the large shadow cast by Heart. And as noted, while that band may reunite for a new album in the future, in the meantime Nancy Wilson has found her place and is treating us to a trove of great music.