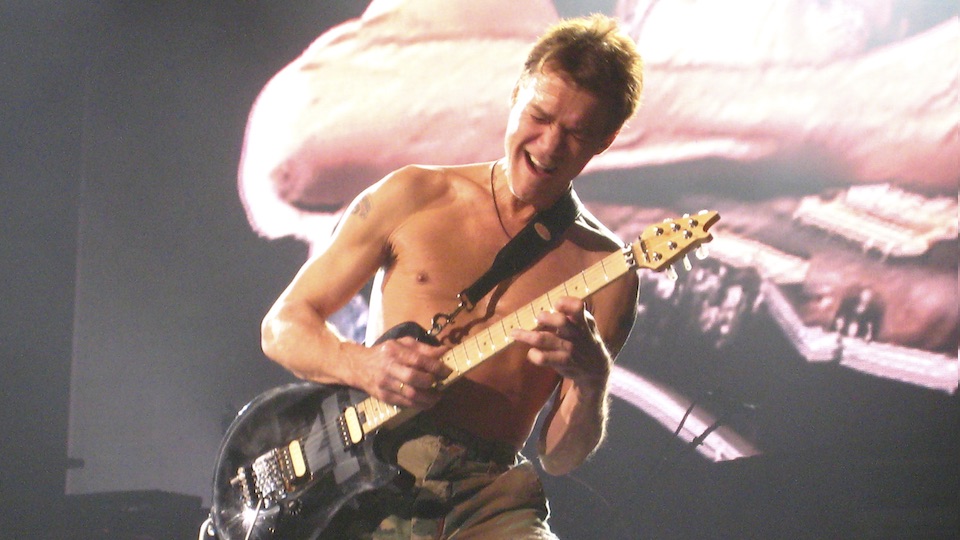 When Van Halen exploded onto the rock scene in the late 70s, the ground under the musical landscape shifted. Eddie Van Halen’s incendiary guitar playing sounded like nothing else.

Throughout the 80s and into the 90s, his sound continued to evolve. He played the searing solo on Michael Jackson’s “Beat It” (and the legend is, that his speaker caught on fire). The band’s 1984 hit, “Jump” included a synthesizer – a riff Eddie had come up with years earlier, based on his piano training. Singer David Lee Roth reportedly didn’t like it, thinking their fans would be turned off. Considering its massive success (#1 on the Billboard chart, a Grammy nomination), chalk it up as, Eddie: 1, Diamond Dave: 0.

That kind of experimentation has paid off over the years in Eddie’s sound. The story is, during the filming of their videos, Eddie didn’t like camera close-ups of his hands as he played the solo because he didn’t want anyone ripping off his technique.

Here’s the next best thing. Professional musician Vinnie DeMasi breaks down some of the magic behind Eddie Van Halen’s unique guitar sound.