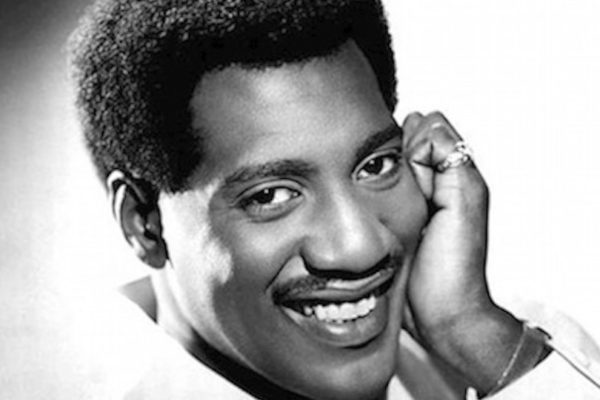 The Otis Redding Foundation, located in Macon, GA, continues to honor the late “Try a Little Tenderness” singer’s legacy in profound ways by offering opportunities for both the public — and the next generation of youth interested in music.

Statesboro, GA may be slightly off the beaten path, but it harbors a must-see treasure. On May 6, 2019, the Museum on Main held an opening reception for its latest exhibit, Beyond the Spotlight: Otis Redding, His Family, Music, and Legacy. The museum, housed inside the Statesboro Convention and Visitors Bureau (SCVB), will run the exhibit through April 17, 2020. Recently, the singer’s daughter, Karla Redding-Andrews, graciously gave Culture Sonar further insight into her father’s legacy, the exhibit, and the Otis Redding Foundation’s programs.

First of all, thanks for the interview.  How are you and your family doing?

Recently, students from your alma mater – Georgia Southern University – helped members of the Otis Redding Foundation in curating the “Beyond the Spotlight” exhibit.  Artifacts include your father’s touring bandstand and his triple-platinum record for “Sitting On the Dock of the Bay.” What can you tell us about how the items were selected?

I am a proud alumnus of Georgia Southern, and served on the university’s Board of Alumni, not to mention my son, Jarred, is a student there now. I am always in contact with the school. Otis Redding performed at Georgia Southern in October 1965. We have been talking for some time about having something Otis Redding-related created through the university, and we finally worked out this project. I worked closely with the students to select memorabilia that told the story of my father, other than his music, reflecting what he did off the road and outside of the studio.

The Otis Redding Music Camp sounds like a fantastic place for those wanting to develop their skills, especially when so many schools today have cut back on music programs.  Tell us more about the mission and opportunities.

Otis Music Camp started 12 years ago with a handful of campers and a few coaches and has grown every year. This year, 75 spots filled in record time, with a robust waiting list. The Otis Music Camp covers every aspect of the music industry, from songwriting and recording to publishing and performance, with instrumentation in every area, guitars, drums, violins, saxophones, pianos, and everything in between. Every genre imaginable is covered, and the students collaborate and cross-pollinate in genres. The campers are ages 12-18, and their experience range from never having picked up an instrument to having taken lessons since they were toddlers. But they all work together and have the most amazing experiences.

According to www.otisreddingfoundation.org, you’ll be offering a “We Write the Songs” workshop, geared towards strengthening songwriting abilities. Is that still in the works?

The first workshop session was a requirement for new students attending the Otis Music Camp, as a way of introducing them to the concepts of songwriting. The workshop will continue in the fall.

Your father chose to stay in Georgia at the Big “O” Ranch during a time when many artists were flocking to Hollywood.  What can you share about the ranch and any special memories?

Otis Redding was really a country boy. He loved to farm, fish, and hunt. And finding the property of the Big “O” Ranch was a dream come true for him, although, according to my mother, being that far out in a rural area, was not her favorite choice at the time. But today, it remains her heaven on earth. Prior to my father’s death, there were gardens with fresh vegetables on approximately 10 acres. The ranch had black Angus cattle, chickens, and pigs, all raised for market sale. When home, my father’s favorite time was to garden and ride horses. Because of this love of the property, he had planned to add a landing strip at the ranch, so he could travel to performances and immediately return home, thus probably the reason my mother had him buried on the property he loved so much.

Is there anything else regarding your father, the foundation or any upcoming events we should be aware of?

Students from the Foundation will be taking part in a number of events coming up, including Georgia On Mind (the annual Georgia Music Foundation fundraiser at the Ryman Auditorium in Nashville) on July 17, and the Arts & Kids Festival at Bragg Jam in Macon on July 27. Camp DREAM will take place again in the fall. It is a music and arts camp for ages 5-11. Then for the holidays, we will once again have our concert O’Tis The Season, which showcases the students alongside special celebrity guests. Coming up in 2020, we will be hosting An Evening of Respect Tribute Celebration in honor of Otis Redding, which also acts as a fundraiser for the Otis Redding Foundation.

2 comments on “Otis Redding’s Legacy: A Q&A with Karla Redding-Andrews”