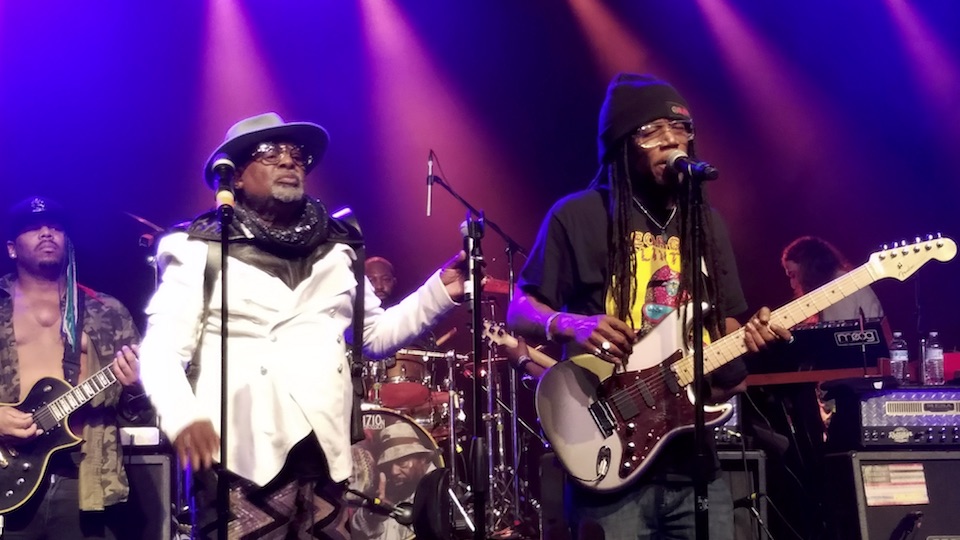 Related: “To Hell With Concept Albums: Parliament Did A Concept Series”

A grinding Blues showcase powered by Kandy Apple Red, consisting of Patavian Norman and Tonysha Nelson (the good Dr. always tries to keep the thang in the family), with guitarist extraordinaire Blackbyrd McKnight and keyboardist Danny Bedrosian taking that same thang to even broader horizons. To be absorbed as needed.

No P-Funk project would be complete without an ode to “Nurse Mary Jane”, the green leafy plant now going under the code name “Backwoods.” Leading the charge on this track is 3rd generation Parliament-Funkadelic rap slinger TraZae Clinton, with the good Dr. Funkenstein assisting on lead. Inhale twice a day. Munchies may occur.

A slow-grinding jump back to the psychedelic vibe of the first Funkadelic album, this track pays tribute to the Mali-based ethnic group known as the “Dogons,” while pondering their apparent disappearance over time. Due to their relationship with extraterrestrials, they’re a natural topic of interest for Dr. Funkenstein and his clones. Vocals are handled by the good Doctor, Brandi Scott, and former Slave member Steve Arrington.

Closing the album is a live performance of the medley featured in the last Funkadelic album Shake The Gate. Livewired power designed to increase swagability. Consider yourself completely cured of your ills.

-Photo courtesy of the author