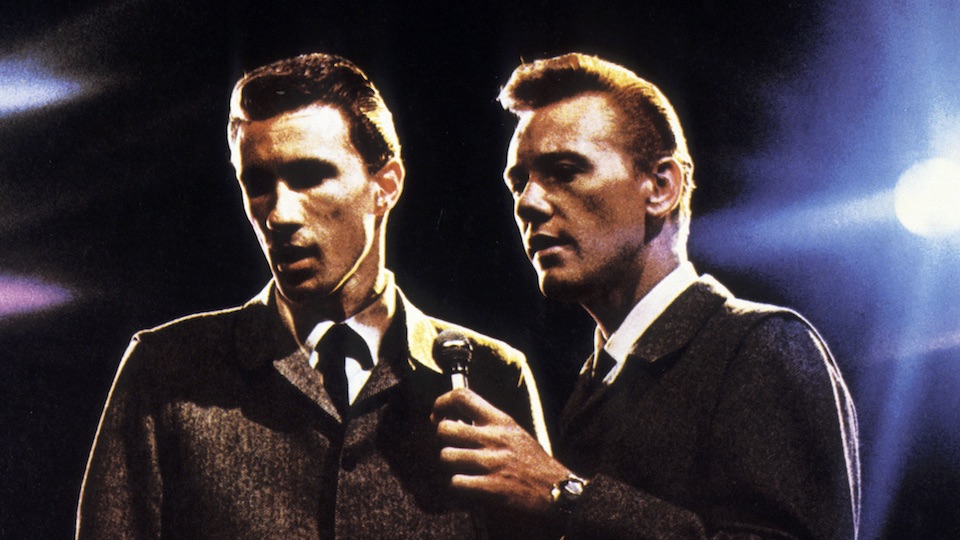 When you think of songs that define the 1960s the ones that might come to mind are those empowering calls to action inspired by the civil rights or anti-war movements. But just as one of the most popular slogans of the day was “Make Love, Not War” the decade also produced some of the most romantic tunes of any era in popular music before or since. In fact, so many great ones were released between 1960 and 1969 it’s hard to choose just ten. Here then are just a handful of the most romantic songs of the ’60s to help kindle the flames of passion.

Theme From A Summer Place—Percy Faith & His Orchestra (1960)

Percy Faith & His Orchestra recorded the most popular version of this tune from a 1959 Sandra Dee/Troy Donahue flick that became the best selling song of 1960 and stayed at Number 1 in the US for 9 weeks—the longest run of any instrumental in history (which means the tune not only soundtracked the titular movie but also many a romantic night across the country for years to come).

Just one of many Motown-produced tracks that could have made this list. In fact, you could do an all-Motown love song list that would include more than a few by Smokey Robinson, who co-wrote this song that became The Temptations’ first Number 1 and their signature number ever after.

This Alex North-Hy Zaret ballad has received many renderings since it first appeared in the prison movie Unchained in 1955. Harry Belafonte, Les Baxter, and Perry Como all had cracks at it, but the version that longing lovers all over the world remember most is the searingly soulful one delivered by The Righteous Brothers.

The first chart-topper from the legendary Muscle Shoals scene actually claimed the top spot not once but twice—first for Percy Sledge in ’66 and again 15 years later for Michael Bolton. Atlantic Record’s exec Jerry Wexler reportedly asked for the out-of-tune horns to be re-recorded but that redo never made it to the airwaves. No matter. It’s Percy Sledge’s impassioned vocal that makes this a perennial wedding favorite. Sledge himself sang it at E Street Band’s Steve Van Zandt’s wedding in 1982!

Buoyed by Brian Wilson’s masterful arrangement and production, younger brother Carl’s celestial singing, and songwriting partner Tony Asher’s heartfelt lyric, it’s easy to see why this one appeals not only to lovers but to lovers of great music everywhere.

This Burt Bacharach-Hal David tune has received many indelible renderings, but perhaps none as iconic as the one the pair recorded with Dionne Warwick and released in 1967. Bacharach famously preferred the Jerry Wexler-produced Aretha Franklin version that came out a year later. Whether you go with Aretha’s, Dionne’s, or Dusty Springfield’s, there’s no denying this classic’s romantic charms.

Composed by the Four Seasons’ writing team Bob Crewe and Bob Gaudio, “Can’t Take My Eyes Off You” was Frankie Valli’s biggest solo hit before 1975’s “My Eyes Adored You” (probably one of the Me Decade’s most romantic). Christopher Walken sang along to this one in 1978’s The Deer Hunter, making it just one of a few on the list with a memorable movie turn. From a songwriting point of view, Crewe and Guadio give a clinic on how to build drama and intensity. Of course, it helps when you’ve got someone like Valli and his golden pipes selling it for you.

Although “Cherish” achieved a slightly higher chart appearance the year before, The Association’s “Never My Love,” released in ’67, is actually the one you’d want to play at your nuptials, given its more unequivocal declaration of devotion and fealty.

The First Time Ever I Saw Your Face, Roberta Flack (1969)

Scottish folk singer Ewan McColl penned this lovely ballad for future wife Peggy Seeger (Pete’s sister) to sing in 1957. It eventually found its way into other folkies’ repertoires, but it was Roberta Flack’s elegiac version from her 1969 debut—used in Clint Eastwood’s 1971 movie Play Misty For Me—that helped the song find its widest audience and greatest acclaim (Flack won a Grammy for Record of The Year and McColl won for Song of the Year in 1972).

Frank Sinatra called “Something” the “greatest love song of the last 50 years” and who am I to argue with the Chairman of The Board? Ol’ Blue Eyes knows a good love song when he hears one and was just one of many to cover this George Harrison-penned gem. We can forgive him for mistakenly attributing the song at first to Lennon and McCartney.