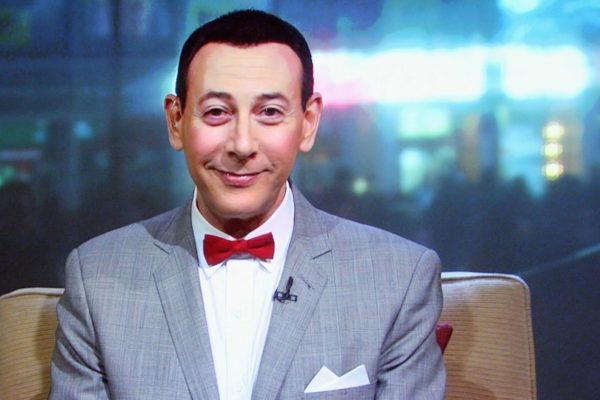 Perhaps you’ve noticed the country is in a cranky mood. With election season heating up, folks on both sides of the aisle are feeling contentious. If there were ever a “Can’t we all just get along?” moment – this is it. Thankfully, Pee-wee Herman is coming back to deliver it. “Peacemaker” may not be the first word you’d use to describe Pee-wee. “Anarchic,” “childlike” and “strange” might top the list. But think about it for a minute. What is the abiding principle of Pee-wee’s Playhouse? We’d say Radical Inclusiveness. Everyone is welcome. Everyone is valuable. Everyone plays nicely.

The original Playhouse was all the more groundbreaking back in the ’80s. Its cast was diverse, for starters. In a recent New York Times profile, Paul Reubens explained “I saw it as very Norman Rockwell, but it was my Norman Rockwell version of the ’50s, which was more all-inclusive. The King of Cartoons was black!’’ Reubens says. ‘‘Not just anybody. The king! I felt really good about that.’’

Pee-wee also welcomed outsiders of all kinds. In one episode, for example, a monster named Roger shows up and scares everyone in the house. Pee-wee fixes him a snack and quickly makes friends. Of course, there was an adult subtext beneath many of the bits, allowing for flexible sexual identity – also ahead of its time.

Now Pee-wee is back with Pee-wee’s Big Holiday, his first new film in 28 years, premiering at the South By Southwest film festival in March and then on Netflix, which financed the production.

In the film, co-produced by comedy powerhouse Judd Apatow, Pee-wee refuses to leave his home town after suffering some kind of earlier trauma. (The reference to Reubens’ own public troubles seems clear enough.) A desire to escape eventually overtakes him, however, and the adventure begins. Netflix calls it an “epic story of friendship and destiny.” We can expect the usual mix of playfulness, subversion and – most appealingly – innate kindness. In other words, just what we need now.

PS. Want a look at some of the other movies you’ll be talking about in the coming months? Check out Sundance’s Magnificent 7 for our top 7 picks from the Sundance Film Festival. And there’s another movie worth seeking out, now in limited release.  Read more about Rams in An Icelandic film about two elderly brothers and their beloved sheep? Yes, please!