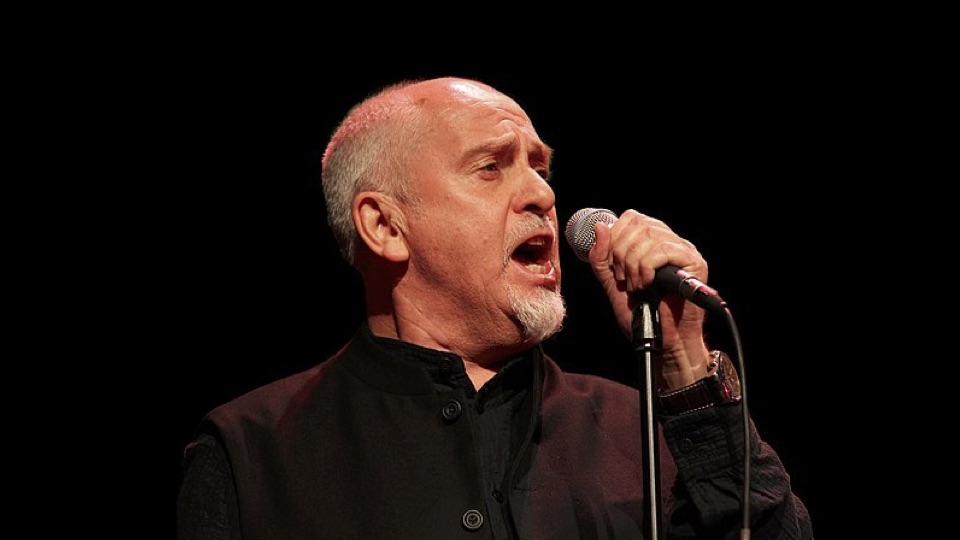 Peter Gabriel’s an anomaly: he’s the progressive rock giant who’s scarcely dipped his toes in Prog since leaving Genesis in 1975. And yet everything he’s done hinges on the band he formed while studying at Charterhouse. Beneath the public schoolboy trappings, stood a soulful rocker eager to scream his larynx out to the world. It was piano playing boarder Tony Banks who introduced Gabriel to guitarists Anthony Phillips and Mike Rutherford; the four of them collating a tasty collection of demos that impressed impresario Jonathan King in the late sixties.

Related: “‘Birthday’: The Beatles Classic Done In Under A Day”

Genesis provided the foundation of progressive rock, circulating a back catalog that prided itself on being vast and cryptic yet always effortlessly commercial. Buoyed by the band’s appearance in Dublin, Gabriel emerged onstage wearing a fox’s head. Where his band-mates set out to push the conventions of pop music, Gabriel sought to decorate these brash melodies with a wardrobe of choice costumes. Between Herculean ballads “Supper’s Ready” and “Dancing With The Moonlit Knight”, Gabriel would also ply listeners with stories of minstrels, magpies, and a fading England.

It captured the press’s imagination, though criticisms towards the band’s Medieval posturing hurt Gabriel. Eager to reinvent the band, he proposed a sprawling narrative set in the heart of the seedy New York underbelly. It was a triumph and The Lamb Lies Down On Broadway continues to receive glowing reviews to this day. But it was a triumph that grew with time, and the spectacle, grandeur, and singular vision confused both Gabriel’s fans and his band-mates. Gabriel needed change, as did Genesis; by the time the band reconvened for 1976’s A Trick Of The Tail, it was Phil Collins who carried the record.

For the unsentimental Gabriel, forwards was the only path. He’d sing about Genesis (on the spectral “Solsbury Hill”) and for Genesis (reuniting with them for a gig in 1982), but it was his own, personal path that proved Gabriel’s priority for the remainder of his career. Much as it was with Genesis, Gabriel’s solo work depended more on what his instincts allowed him to do than what his fans expected him to do. A born provocateur- Gabriel has never lost the ability to make a bold, public statement-his outlandish ideas were often beautifully translated by the collaborators he chose. His third album boasted the fiery chord-works of guitarists Dave Gregory and Paul Weller; his fifth album showed off Stewart Copeland’s jazz shuffles for all their shining glory; not to mention the gorgeous duets he performed with Kate Bush, Sinéad O’Connor, and Youssou N’Dour through the years.

Gabriel was deservedly inducted into the Rock and Roll Hall of Fame in 2014. Despite the artful, idiosyncratic aspects of his work, Gabriel has enjoyed immense mainstream success since the eighties. Hot on the heels of the Collins-led Genesis, Gabriel had a US Billboard number one in 1986. “I read recently that Peter Gabriel knocked us off the No. 1 spot with ‘Sledgehammer,’ Collins admitted to The Guardian. “We weren’t aware of that at the time. If we had been, we’d probably have sent him a telegram saying: ‘Congratulations – bastard.'”

Originally released on Record Store Day in 2019, Rated PG compiles many of the illustrative tracks Gabriel recorded from 1984 to 2017. Now being given an official release, the album soundtracks the many films Gabriel offered songs to. Babe: Pig In The City fans will recognize the opening vignette. Recorded with Paddy Moloney and Black Dyke Band in tandem, “That’ll Do” remains one of Gabriel’s most piercing efforts.

It was written by Randy Newman, making one of two cover songs on the collection. The other, Stephin Merritt’s “The Book of Love”, was initially covered on Gabriel’s orchestral Scratch My Back, but this has the tangier arrangement. Gabriel matches The Magnetic Field’s romantic atmosphere by closing the album on the anthemic “In Your Eyes.” The power ballad was first heard on So, but for a generation of movie-goers, the song is synonymous with John Cusack and Say Anything… Gabriel had previously written “Walk Through the Fire” for Taylor Hackford’s romantic comedy Against All Odds, a soundtrack that bizarrely also features a Phil Collins composition in its mix.

Gabriel has never been able to escape Genesis’ shadow, but in his own uncompromising way, he has at least matched them. The quirky “Everybird” and thunderous “This is Party Man” are as strong as anything Genesis has written in their fifty-year long career and then there’s “Down To Earth”, Gabriel’s moving homage to the soul genre that captivated him as a Charterhouse pupil. It was first heard in Pixar’s Wall-E, a dazzlingly inventive odyssey based on principle, instinct, and love. Much like the robot in Pixar’s feature, Gabriel’s work has traveled to his own authentic beat. Rated PG is pure Peter Gabriel.