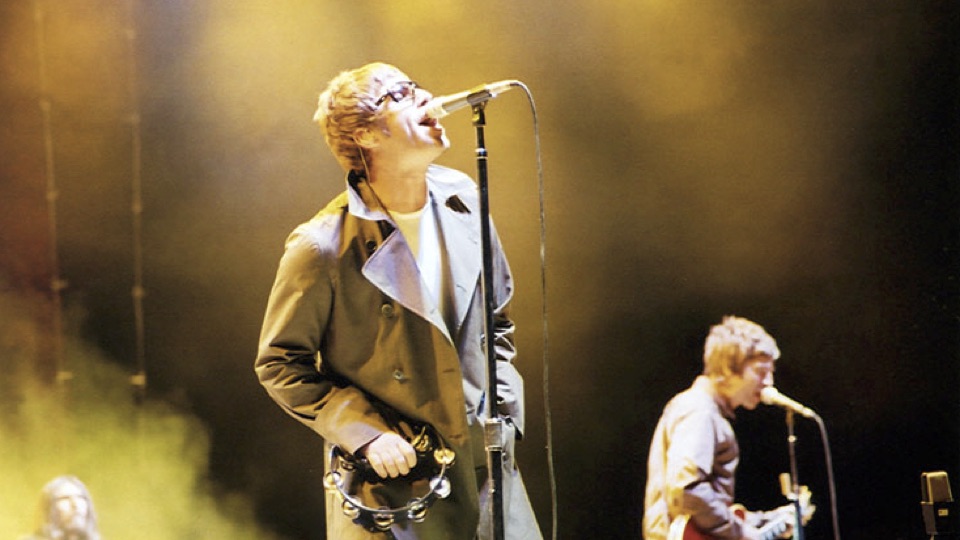 Wasn’t Britpop a marvelous time? Faced with the herculean task of recommending the best of the genre, I gave myself three simple guidelines. “Britpop” encompassed brilliant British bands from 1993-1997, so nothing from 1992 is included (excluding Denim´s excellent Back In Denim), nothing from Ireland is included (discarding The Divine Comedy´s blissful Casanova) and no acts that emphatically denied themselves a Britpop band (*cough The Boo Radleys cough*) were mentioned. Anything else is fair game.

Suede (1993): Melody Maker crowned them 1992´s “The Best New Band in Britain.” With their androgynous look, literary aspirations, and Bernard Butler´s exhilarating bag of hooks, they were worthy of the claim. Besides Butler, vocalist Brett Anderson sang falsettos that were more than reminiscent of David Bowie. “So Young” and “Metal Mickey” sounded sharp in their sixties stapled polish, while “Animal Nitrate” sounded unique to the band and them alone. Amidst the guitar-fused songs came “Pantomine Horse”, a sprawling ballad.

Modern Life Is Rubbish (1993): In 1990, songwriting keyboardist Damon Albarn bullishly claimed “When our third album comes out, our place as the quintessential English band of the ’90s will be assured.” He was nearly proved right, but for the arrival of a Manchester band whose guitar-centered music ultimately outsold their 1995 album The Great Escape. But Blur was triumphant in the early wake of 1993, their second album brimming with imagination. Andy Partridge, whose work with XTC paved the Britpop path, oversaw the band´s early sessions before The Smiths Stephen Street sharpened the band´s recordings. Album highlights include the joyous opener “For Tomorrow,” the jangly Kinks romp “Sunday Sunday” and the batty, frenzied “Advert.” Lifelong Syd Barrett fan Graham Coxon pays tribute to his idol on the psychoactive “Chemical World,” guitars slithering in and out of the mix with gentle fluidity.

His n´Hers(1994): Oasis were working-class, Blur were middle class, Pulp were classless. Jarvis Cocker´s audience was a spectacled crew for whose vignettes of voyeurism, sexual incapacities, and brown blazers were au courant. It didn´t matter what walk of life you walked, the seedy “Lipgloss,” raunchy “Babies” and chorus heavy “Do You Remember The First Time?” had cross-cultural appeal. Cocker, spindly in design and character, couldn´t match Anderson or Albarn for vocal ability, but he made for a much better dancer and a more thoughtful interviewee.

Definitely Maybe (1994): A firecracker of a debut, Oasis´first, and best work catapulted the Manchester-born band to the top of the UK charts. The recipe was simple; guitarist Noel Gallagher borrowed as much from his record collection as he did from his life experiences. The Beatles received the most attention, yet the fifty-one-minute record also namechecked The Rolling Stones (“Live Forever”), T.Rex (“Cigarettes and Alcohol”), The Jam (“Rock N´Roll Star”), and The New Seekers (“Shakermaker”). Tony McCarroll´s “Bring It On Down” fills recalled the ghosts Keith Moon left behind.

I Should Coco (1995): Named after a common Cockney rhyming slang, Supergrass´s debut was uncompromisingly British in language, character, and make-up. In its mix came a collection of pop songs that laughed at the everyday teenage frolics of their audience. Songwriting guitarist Gaz Coombes could identify with them more than most; at eighteen years young, he could rightfully speak for the Britpop paying cartel with great authenticity. “Alright” acknowledged the bands´ youthful energy, “Caught By The Fuzz” reflected the band´s real-life dealings with law enforcement and the punchy “Mansize Rooster” suggested originality decades beyond their reach.

All Change (1995): Audiences might have recognized John Power as The La´s bassist, but Cast provided him with a songwriting vehicle that could match Lee Mavers track for track. Signing to Polydor, All Change proved to be the label´s highest-selling debut. In a trove of Beatle hooks, Power sings with Lennon-like earnestness on “Walkaway,” Harrison punchiness on “Finetime,” Starr-like singalong persuasion through “Sandstorm,” saving his McCartney melodiousness for the “Back of My Mind.” XTC/The Stone Roses producer John Leckie brings that slick, sixties polish to the mixes. He learned his trade on Abbey Road.

Elastica (1996): Britpop was a brilliant, if overtly laddish, genre of music. Trust Justine Frischmann and Elastica to bring a much needed female voice to the proceedings. Band single “Connection” was immediate, catchy, and punchy (it recently enjoyed a spotlight appearance in Irish comedy Derry Girls). “Vaseline” and “All Nighter” continued this tight trajectory. Meanwhile, the pointed “Stutter” explained the daily occurrences of male impotence in a wash of braggish rock anthems. Billboard´s Larry Flick thought them a “better-natured Hole.” I think they were better than Hole.

The It Girl (1996): Sleeper´s breakthrough album, The It Girl showcased the varied proclivities the London group conveyed. Piggy-backing off of the Inbetweener´s #16 UK position, single “Sale of the Century” furthered the band´s position to numerical chart success. Flipping to the b-side, their “Atomic” cover found itself in Danny Boyle´s Trainspotting, while  “Good Luck Mr. Gorsky,” “Feeling Peaky” and “Dress Like Your Mother” continued the band´s colorful palette. It was another Stephen Street production; sounds like one too.

Urban Hymns (1997): The Verve enjoyed a triumphant chart performance with the string-sampled “Bitter Sweet Symphony,” one of the band´s enervated expressions of ennui. Their celebration was short-lived when the band was forced to pay royalties to Rolling Stones manager Allen Klein. Yet it was the album´s least interesting track, as the hymns in question included the explosive “The Rolling People,” the euphoric “Sonnet” and the closer “Come On.” In “The Drugs Don´t Work,” Richard Ashcroft captured the funereal landscape Britain surveyed following Princess Diana´s demise. It debuted at Number One on the UK singles chart.

Be Here Now (1997): A colossal farewell to Britpop or a coke-fueled embarrassment that rightly killed Oasis´credibility? Noel Gallagher´s with you on the second point, but personally, I find much to recommend it as a stonker of a rock record. “My Big Mouth,” “Stand By Me” and “It’s Gettin’ Better (Man!!)” punch with some of Liam Gallagher´s most committed vocals.  Johnny Depp adds spectral guitars to the choppy “Fade In-Out,” while the genuinely affecting “Don´t Go Away” shows Noel´s lyrical abilities.  Oasis bid farewell to the Britpop genre with the nine-minute monster, “All Around The World” welcoming its listeners to celebrate the band´s progress with fun-filled shoulder grabbing affection. Glorious…

2 comments on “BritPop: A Marvelous Moment in Music”