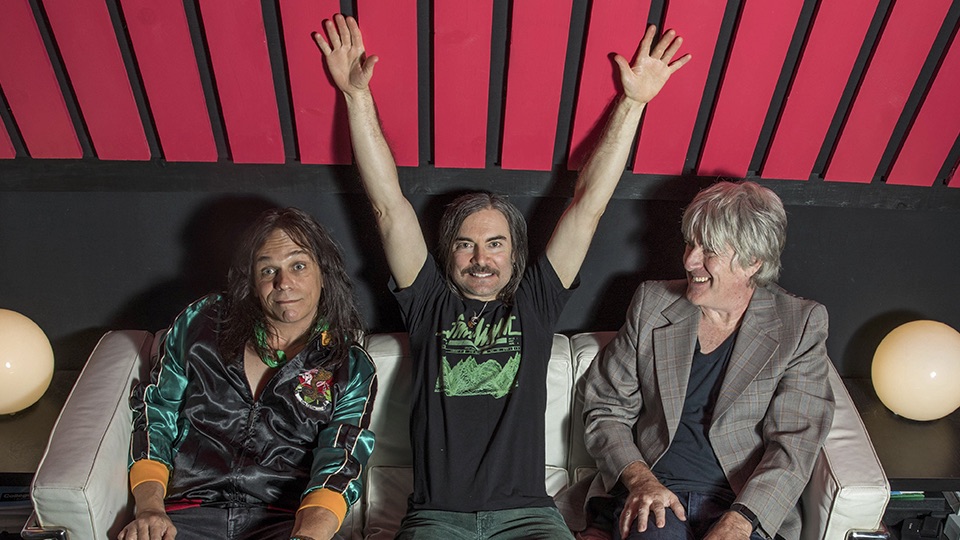 Jellyfish was at the forefront of power pop’s mini-renaissance in the 1990s, which also included artists like Matthew Sweet, Velvet Crush, The Posies, and Gigolo Aunts. During their brief existence, Jellyfish dazzled listeners with their music, which managed to pay homage to The Beatles, ELO, The Beach Boys, and Cheap Trick, while still sounding fresh and up to date. The group disbanded in 1994, but they had a significant impact on the genre. Their albums, 1990’s Bellybutton, and 1993’s Spilt Milk are deeply beloved by power pop fans.

Related: “The Joy of Jellyfish”

Three former members of the band recently teamed up to make some new music. Roger Joseph Manning, Jr., a founding member of the group, along with Tim Smith and Eric Dover, both of whom were part of Jellyfish during the Spilt Milk era, have formed a new band, The Lickerish Quartet. Manning and Dover performed together in Imperial Drag, but this is the first time all three of these amazing musicians have been together since the end of the Jellyfish days.

The Lickerish Quartet’s debut release is entitled Threesome, Vol. 1. If you love classic rock, AM pop radio of the 1970s, or modern rock of the 1980s, this four-song EP will definitely hit your musical sweet spot. Things kick off with “Fadoodle,” a song whose cool vocal effects, jaunty tone, and witty wordplay cleverly disguise the fact that it’s all about a guy trying to get his girl to…well, let’s just say, “fadoodle” with him. The tune combines power pop and glam rock into a tasty number topped off with fine instrumental work by the band. The next song, Manning’s lovely “Bluebird’s Blues” is a fabulous concoction that sounds distinctly Beatlesque, with a bit of a Jeff Lynne vibe. The tune also evokes the aura of 1970s groups like 10cc and America, bands who were themselves influenced by the Fab Four.

The penultimate track, Smith’s “There Is A Magic Number,” is another heady blend of ethereal harmonies and lovingly detailed production. This time out, the 1970s feeling gets infused with the spirit of modern rock bands like Squeeze, XTC, and Crowded House.

The EP concludes with “Lighthouse Spaceship,” a magnificent opus combining the sound of ELO and Queen, a bit of progressive rock, and a touch of Beatles psychedelia tossed into the mix. All of the tracks feature top-flight work from Dover on guitar, Manning on keyboards, and Smith on bass, ably assisted by drummer Jeremy Stacey. The songs on Threesome, Vol. 1 are terrific, and you’ll be addictively re-spinning the EP to enjoy these atmospheric, delightful tunes over and over again. These songs are a blast to listen to, and you’ll have a lot of fun with their retro, yet absolutely unique sound. You can sense the joy these guys feel playing together, and their performances emanate positive energy.

3 comments on “The Lickerish Quartet: A Sweet Slice of Pop Rock”