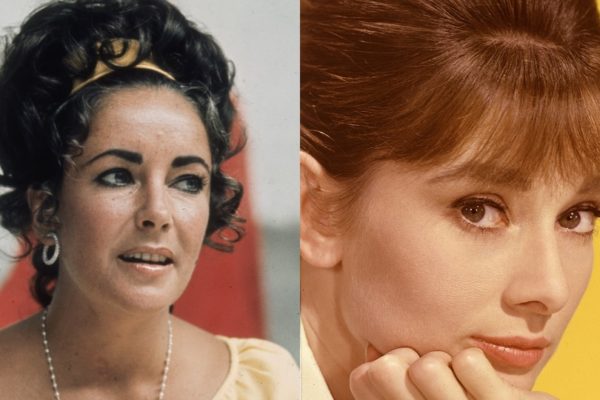 Pop culture fiends, we all gaze up at our celebrity idols, snugly perched on their pedestals thanks to their work in movies, television and stage. The intrigue level kicks up considerably, however, should we learn that they aren’t just heroes of our imagination but also in actuality, through their own good deeds. Happily, there are quite a few celebs who have expanded their press clippings beyond rave reviews to include reports of actual philanthropy off-camera and heroism that has impacted our very planet. Below are some worthy reads about real-life luminaries. Be inspired by the lives they lived as well as the art they made.

1. Elizabeth Taylor: A Private Life for Public Consumption (2016)
This scholarly tome hits plenty of fresh notes for the much-studied icon. Short on prurience, long on detail (and meticulously footnoted), Ellis Cashmore writes an artful textbook that not only covers Taylor’s storied career but puts it in the context of society as a whole. Taylor will be remembered for her exquisite beauty, lavender eyes, screen presence and prolific love life. But the woman whom legendary newspaperman James Bacon called “one of the great basic broads of all time” also raised millions for AIDS even at a time the disease was stigmatized. Devastated by the death of her good friend Rock Hudson in the mid-‘80s, Taylor showed heart and valor, taking to the cause with a zeal that will likely be her greatest legacy.

2. Audrey at Home: Memories of My Mother’s Kitchen (2015)
Oscar-winning Hepburn was an enduring symbol of gamine beauty and grace. But she transcended looks alone with her infinitely more important contributions on behalf of hungry, underprivileged children in Africa with UNICEF. She may well have given her life to the cause, possibly contracting her fatal cancer from the water in Africa. Far from a conventional biography, Audrey at Home is something more poignant — essentially a love letter from her son, Luca, with private photos, personal recipes, and family lore. This is a book that confirms Hepburn’s humanity. A tasteful delight.

3. Hope: Entertainer of the Century (2014)
Author Richard Zoglin humbly notes that legendary Bob Hope (who died at the age of 100 in 2003) may have outlived his expiration date. Sadly, he is seen today as a cheesy throwback who hosted and guested on many TV shows. But it is important to remember this man’s enormous big-screen credits and stand-up stardom, his vaudeville successes and USO tours. He was tireless, enigmatic, and flawed, with wildly womanizing ways and this 500-page read documents both the sweet and the sour thoroughly and in engaging style. As its subtitle suggests, Hope is well worth reading for its grand overview of a century in both Hollywood and our country at large.

4. My Song: A Memoir of Art, Race and Defiance (2012)
Anyone who sums up Harry Belafonte’s career with a spirited bleating of “The Banana Boat Song” will be stunned by his memoir which is told with elegance and grit in equal measure. An impossibly handsome singer-songwriter-actor, Belafonte’s greatest gift to the future will ultimately be his tireless activism in fighting racism. He played a key role in the 1960s civil rights movement and was dear friends with Dr. Martin Luther King. He has also actively supported UNICEF, The Peace Corps and was instrumental in organizing 1985’s “We Are The World” musical fundraising effort. He owns his contributions with conviction and no false modesty yet is simultaneously touchingly honest about his failings as a husband and a father. Self-aggrandizing, he is not.

5. Paul Newman: A Life (2009)
Stop staring at the cover. Paul Newman was so much more than a pretty face. A beloved actor thanks to his memorable work in such legendary films as Cool Hand Luke, Butch Cassidy and the Sundance Kid, The Sting, The Verdict, The Color of Money and many others, Newman deserved better than the “gorgeous blue eyes” rap he garnered everywhere he went. His superb acting skills made him a revered star for generations, but he also took up competitive race car driving in his 50s and left this world infinitely richer thanks to his earnest charitable work. Newman’s ongoing legacy is that of a man who, even beyond his lifetime, keeps giving to worthy causes to the tune of $495 million through his “Newman’s Own” food products. This measured and well-researched book acknowledges Newman’s human challenges (including the loss of a son to drugs) but primarily serves as a testament to the life of a very fine man.

1 comment on “Truth in Action: 5 Actors Who Walked the Walk”