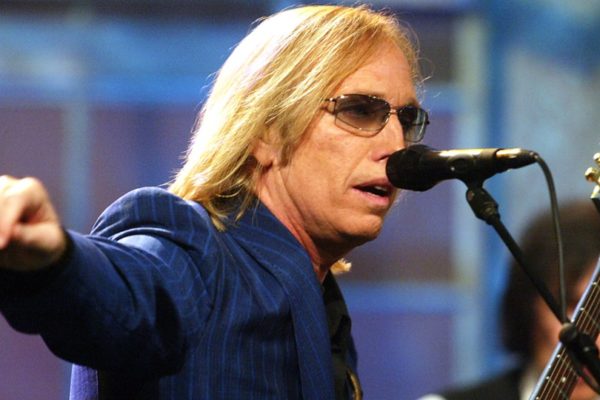 When Tom Petty’s untimely passing was first reported on Monday, October 2 (even before it was definitively confirmed), tributes began to pour out, extolling Petty’s manifold virtues. But almost by definition, those kinds of critical assessments will tend to focus on a lot of the same musical milestones, regardless of who’s writing them. But when you’ve been in the game for four decades like Petty (and that’s not even counting the years of slogging it out with his early bands in his native Gainesville, Florida), you assemble a legacy with lots of nooks and crannies that can get missed when someone’s just skimming the top. Beyond the big singles and broadly beloved albums everyone knows, here’s a handful of additional, less frequently observed aspects of Petty’s career that are worthy of commemoration.

[amazon template=right aligned image&asin=B000002OO0]1. Petty, the Producer
Besides co-producing most of his own output, once in a while Petty ventured out to take the production reins for other artists he admired. Sometimes those artists were close companions like Stevie Nicks; besides writing (and singing on) her first solo hit, “Stop Draggin’ My Heart Around,” Petty co-produced Nicks’ first two albums, Bella Donna and The Wild Heart. Sometimes they were heroes; he produced Del Shannon’s 1982 comeback attempt Drop Down and Get Me as well as erstwhile Byrds/Flying Burrito Brothers member Chris Hillman’s 2017 album Bidin’ My Time. And sometimes he’d give a leg up to a younger band he liked, such as The Shelters, helping them out on their self-titled 2016 debut LP.

2. Petty, the Interpreter
Petty never made his influences any sort of secret, and some of them (Dylan, The Byrds) were pretty obvious. As a boomer, he came of age in a golden period for pop, rock, and R&B, and all throughout his career, he’d toss fierce, fervid renditions of some of the songs he grew up loving into his live set. Everything from Midwestern garage-rockers The Music Explosion’s “Little Bit O’ Soul” to The Isley Brothers’ “Shout” and The McCoys’ “Hang On Sloopy” found their way into Petty’s shows. And when he and The Heartbreakers cut the soundtrack for the 1996 film She’s the One, they included some killer covers of a more recent vintage, like Lucinda Williams’ “Changed the Locks” and Beck’s “Asshole.”

3. Petty, the Collaborator
Though The Heartbreakers seldom welcomed outsiders into their own realm, Petty had never been shy about spreading his talents around and taking part in other artists’ projects. He played a key role in Roger McGuinn’s 1991 album Back From Rio, backed Bob Dylan on tour in 1986 (and recorded with him on his eponymous theme for the film Band of the Hand), played with Stevie Nicks on her aforementioned debut single, and even got to be in Johnny Cash’s band for his ’96 album Unchained.

4. Petty, Master of the B-side
Petty was never at a loss for material. Back in the days of vinyl, he often found a home for the songs he couldn’t fit into his albums by putting them on the B-sides of his singles. Many of these were included years later on box sets or deluxe reissues, like the evocative “Casa Dega,” which originally backed the 45 of “Don’t Do Me Like That,” and the tongue-in-cheek, country-tinged Dylan pastiche “I Don’t Know What to Say To You,” B-side of “Listen to Her Heart.” “Trailer,” first heard on the flip side of “Don’t Come Around Here No More,” eventually got re-recorded as part of Petty’s “other” band, Mudcrutch, for 2016’s Mudcrutch 2.

5. Petty, the Moonlighter
Mudcrutch was the band Petty formed in Florida in the early ’70s, which included future Heartbreakers Mike Campbell and Benmont Tench and eventually morphed into Tom Petty & The Heartbreakers. But in 2008, Petty released his best album in years by reuniting with the original Mudcrutch members for a self-titled album that tapped into a country-rocking vein while still bearing Petty’s unmistakable stamp. It was no one-off either; the 2016 follow-up turned out to be the last album Petty would release in his lifetime.