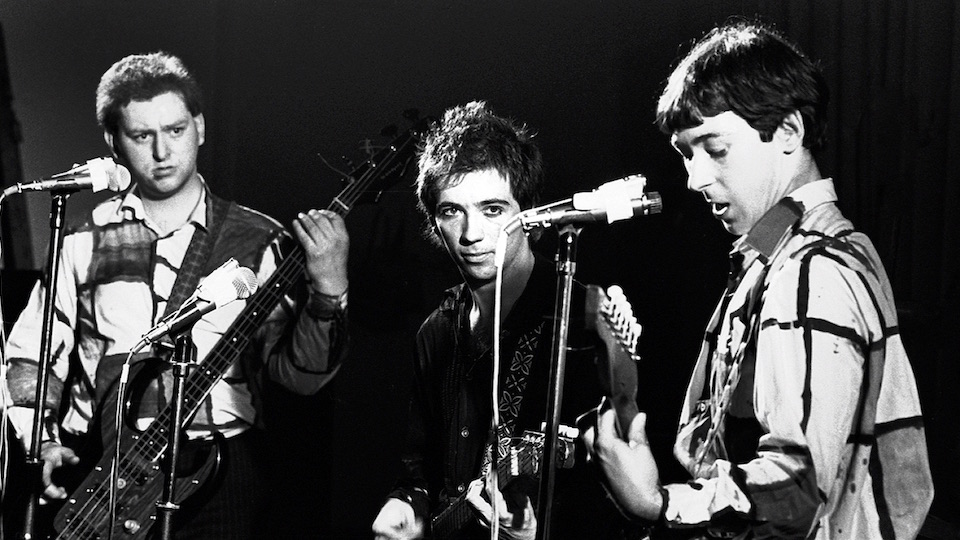 The recent passing of punk icon Pete Shelley at age 63 on Dec. 6, 2018 of an apparent heart attack was heartbreaking news but affords us the chance to reflect on the life of this groundbreaking artist. Without his band, the Buzzcocks, it’s hard to imagine the Pixies, Husker Du, Nirvana or Green Day, not to mention the entire skate punk and emo genres. Also, the electronic records Shelley released as a solo artist in the early ‘80s produced at least one club classic and made an important contribution to that era’s synth-pop revolution. Here then is a look at his legacy.

Birth of the Buzzcocks

Born Peter Campbell McNeish in Leigh, Lancashire, on Apr. 17, 1955, Pete Shelley — he later took the surname “Shelley” because that’s what his parents would have called him if he’d been a girl — learned guitar by playing along with the Beatles and Rolling Stones. Later, he gravitated to T. Rex, Bowie, the Stooges and Velvet Underground. He paired up with Howard Trafford (soon-to-be Howard Devoto) after the latter stuck a flyer on a noticeboard at Bolton Institute of Technology where both were students. A mutual appreciation for the VU song “Sister Ray” led to forming the Buzzcocks shortly thereafter.

Devoto and Shelley assumed they were creating “weird songs” in isolation. Then in early ’76, they read about the Sex Pistols who, according to an NME review, included the Stooges’ “No Fun” in their set. That was enough to set Shelley and Devoto on a journey south that would change their lives and redefine music forever.

They caught the Pistols in concert in London and were so impressed they arranged to have them perform at the Lesser Free Trade Hall in Manchester in June 1976 — a seminal gig that found future members of Joy Division, the Smiths and, of course, the Buzzcocks in attendance! Within weeks, the Buzzcocks opened for the Pistols at their next Manchester show and went on to play with others in UK’s nascent punk scene: The Clash, Siouxsie and the Banshees, and The Damned, among them.

By early ‘77, the Buzzcocks had independently released the 4-song EP Spiral Scratch, a primal blast of angst and ennui, its songs fast and feral, but also catchy. With its sneering vocals, hummable chorus, buzzsaw riff, and a searingly minimalist two-note guitar solo, its single “Boredom” would become an anthem for disaffected youth everywhere and a template for punk-pop.

Devoto left months later to form the post-punk group Magazine so Shelley picked up the mantle and became lead singer and chief songwriter. The result? The band signed to United Artists then released three studio albums. With Shelley at the helm, the sound became tighter while his gift for clever wordplay and ear-worm hooks led to triumphant tracks like “Ever Fallen in Love (With Someone You Shouldn’t’ve)” and “What Do I Get?”

When recording demos with producer Martin Rushent (The Stranglers, Human League) for what would have been the Buzzcocks’ fourth studio album, Shelley decided instead to release the electronic-tinged songs as a solo LP, which effectively broke up the band in 1981.
Though not the first album to use synths and drum machines, Homosapien nevertheless was important in the burgeoning synth-pop scene. Shelley, never shy about his bisexuality, used that album’s title track to push beyond his typically gender-neutral writing style via lyrics like “I’m the shy boy, you’re the coy boy / And you know we’re Homosapien too. I’m the cruiser, you’re the loser/ Me and you sir, Homosapien too.” Tame by today’s standards, the lyric “homo superior / in my interior” actually got the song banned by the BBC for its “explicit reference to gay sex.” Nevertheless, it charted in Australia, Canada, and New Zealand and became a club hit in the US too where it’s still hailed as a seminal contribution to ‘80s club culture.