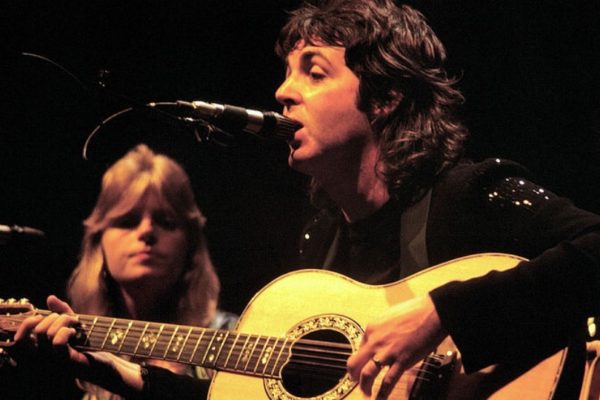 In early 1971, with The Beatles involved in some bitter legal disputes with each other and with their own management, Paul McCartney recorded Ram with his wife Linda and three hired guns, guitarists David Spinozza and Hugh McCracken, and drummer Denny Seiwell. The album was eviscerated by critics on its release, with Jon Landau and Robert Christgau particularly vicious in their assault on both the album and McCartney’s general reputation relative to John Lennon. Some writers were grudgingly complimentary about McCartney’s sheer mastery of the craft of production, but almost no one could be heard to support the material itself.

See Related Post: “Waiting In the Wings with Paul and Linda McCartney”

There has certainly been a reappraisal, with some glimmering that Ram represents not a failure to live up to The Beatles (or to the expectations of Village Voice writers), but rather a beginning of something new. Perhaps AllMusic editor Stephen Thomas Erlewine is correct that “in retrospect, it looks like nothing so much as the first indie-pop album, a record that celebrates small pleasures with big melodies.”

I have always loved Ram – it never occurred to me to find it wanting. I listened to it with headphones as a nine-year-old, and I put the vinyl on in the living room once in a while now.

I don’t know that a successful album by Paul McCartney needs defending, so instead, I’ll mostly just appreciate some aspects of the album that continue to delight and engage me after 45 years of listening.

At the level of form, McCartney extends the episodic, tone-shifting techniques of some late Beatles material with a surer, less purely experimental hand, achieving a sense of authoritatively planned effect rather than found-art collage. That is not to say one is better or worse, simply that McCartney didn’t stop learning, and Ram reflects a high degree of technique and confidence in building song stories out of small fragments. “Uncle Albert/Admiral Halsey,” a huge radio hit, is the most overt example on Ram.

Ram is worth listening to for rock musicians simply because of the tonal range and sheer beauty of its electric guitar parts. I have been unable to find definitive information on who played what, but the three guitarists together had a boatload of great ideas, and they are recorded exquisitely. From the massive, aggressive chugging rhythm guitar in “Smile Away,” to the casually brilliant country blues licks of “3 Legs,” to the arching, Abbey Road-esque orchestral guitars of “The Back Seat of My Car,” Ram exploits the range of the electric guitar in a way virtually unmatched by its contemporaries.

That attention to the guitar tones points to the larger beauty of Ram: the whole thing just sounds amazing, with a warmth and clarity rarely heard outside of jazz and classical recordings at that time. There is no mush, no desperate layered glue to cover flaws – everything is heard, and everything counts in these arrangements. The orchestral arrangements are, like those in The Beatles’ best work, integral to the instrumentation, rather than grafted on. “The Back Seat of My Car” is gloriously and goofily grandiose, with one of the biggest sounds I am aware of on record in the period, but it never seems to quite get away from itself.

Paul’s voice is passionate and engaged and fully in character on “The Back Seat of My Car,” keeping up with the film score-level drama without difficulty. This contrasts strikingly with the halting, uptight delivery of “She’s Leaving Home” on Sgt. Pepper, for example. Paul was a thoroughly grown-up singer by 1971, and Ram features some of his most fluid, confidently virtuosic vocal performances.

The songs themselves range in quality from slightly banal to truly sublime. But each is cared for very well, each has a distinctive and intimate voice. They are, with one exception, about small topics on a domestic scale. Married sex, broken friendships, lonely old people, casual boasting between friends, teenage romance. “Monkberry Moon Delight” is the outlier here: if you figure out what that song is about, please let me know in the comments.

The songwriting on Ram was a particular focus of scorn in some quarters. It’s fair to say that many high profile cool rock dudes characterized the album in terms such as suburban, trivial, empty, bland, irrelevant. I think they missed the boat. By insisting that McCartney be “relevant,” they ignored the ways in which he was advancing songwriting and recording along with others. Ram is highly relevant to these art forms, it simply didn’t show much interest in political culture as understood by the rock press of the time.

Put some headphones on, take a listen to Ram, and forget if you can that this is an album by a former Beatle. I think that just about any musician would be thrilled to have created something so beautiful and compelling. Life is not just the bigger picture, in fact, life is mostly the small details, the close in. With Ram, McCartney nudged pop songwriting in the direction of this understanding, and it remains one of his finest works.