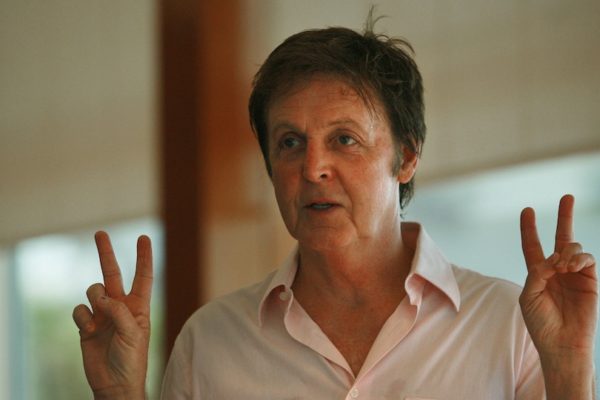 With the passings of David Bowie, Glenn Frey, and Jefferson Airplane’s Paul Kantner, 2016 was a particularly rough year for classic rock icons. After a certain point, there’s a tendency to take our most enduring artists somewhat for granted in their lives and only appreciate them when they’re gone. Perhaps, in light of recent sadness, it’s time to appreciate some of them while they’re still with us.

Aside from Bob Dylan, rock music arguably has no greater elder statesman than Paul McCartney. However, whatever respect he gets often feels a bit grudging, especially in contrast to the adulation his former band-mate John Lennon still receives. This is as puzzling as it is unfair, because McCartney is the only member of the “Fab Four” who’s truly had to struggle to live up to the group’s legacy over the long-term.

That doesn’t mean that McCartney should get a pass for the sometimes terrible work he’s done since (or, sometimes, with) The Beatles. His would-be 9/11 anthem “Freedom” is a strong candidate for worst post-Beatles song by any member of the group, and his 80s work could have used a few more collaborations with Elvis Costello and a couple fewer with Michael Jackson. At the same time, a sober assessment of Lennon’s solo work suggests that his post-Beatles adulation hinges on one cathartic album, an ode to Utopianism and a pervasive sense that his death cut short some sort of creative renaissance. McCartney, on the other hand, gets criticized on the basis of preferring catchy over cathartic and having the nerve to get old.

What this view overlooks is that so many of his solo songs, ranging from “Another Day” to the more recent “New,” are not just catchy – they’re effortlessly catchy. Even the Band on the Run album, which was recorded under chaotic circumstances, doesn’t sound forced. That stellar craftsmanship sometimes obscures his artistry, which is a shame and something worth rectifying while he’s still with us. Whether it’s a buried treasure like 1987’s “Once Upon a Long Ago” or a standard like “Maybe I’m Amazed,” there’s nothing wrong with enjoying a good love song – silly or otherwise.

PS. To learn more about Paul McCartney’s collaboration with Elvis Costello, check out our post When a Beatle Wrote with Elvis. And for our reflections on the late, greats David Bowie and Glenn Frey, read What Would Bowie Do? and “Perfection is Not an Accident.”

5 comments on “In Praise of Paul: What’s Wrong with Silly?”