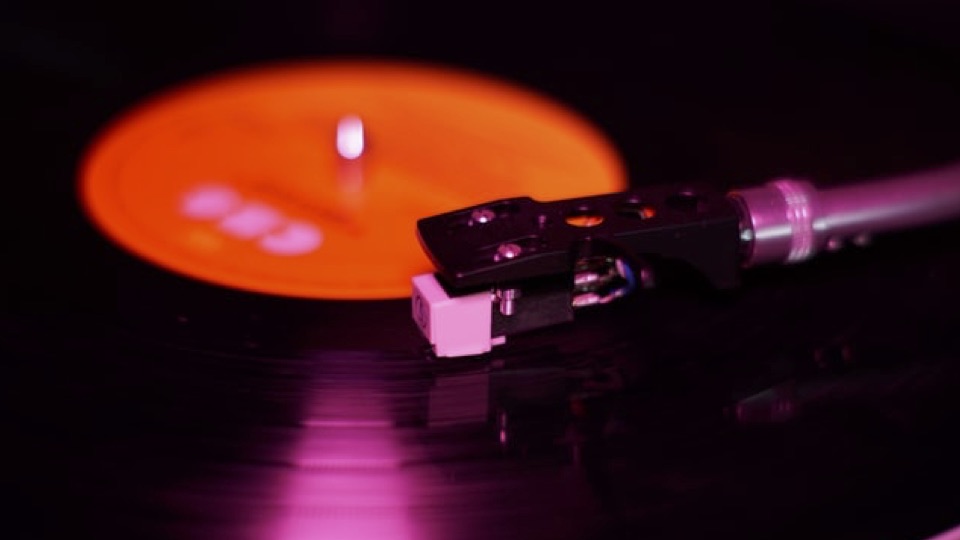 There is a children’s tune called “The Song That Never Ends”:

And then there are some rock stars who took this concept to the “run out grooves.”  That is, the conclusion of a record’s side, where some mischievous musicians made mini-songs and/or spoken word messages in the record’s “dead wax” area that would play ad infinitum unless the listener manually lifted the needle’s arm.

And if you want to really get back at an annoying neighbor, crank a stereo to “11” and listen to Side Two of Yer Album’s “locked-in groove” ceaselessly implore:

Joan Jett, perhaps inspired by the James Gang’s imaginative album naming skills by entitling her 1983 LP Album, may have derived more pleasure from recording its single’s locked run-out groove than she did making the entire record.  No, the single wasn’t named “Single” but was entitled “Fake Friends.”  Its B-Side, called “Nitetime,” had a lock groove consisting of an electric guitar stuck on three notes.  Joan told friends that whenever she saw the single in a bar’s jukebox, she’d put on “Nitetime” just to hear her seemingly never-ending guitar and watch how no patron could put a dime in the jukebox, baby, unless the saloon owner cracked open the machine to end the droning noise.

Even insects got into the locked groove act, namely on Brian Eno’s poor-selling Taking Tiger Mountain (By Strategy) LP. The last song on Side A (“The Great Pretender”) ends with the sound of chirping crickets.

The most famous endless loop was recorded by the Beatles and landed on the most famous album, Sgt. Peppers Lonely Hearts Club Band. At Paul McCartney’s suggestion, the endless loop was added to the album’s second side. Barry Miles, who wrote Paul’s official biography, Many Years from Now, recalled the run-out groove session:

“It was a triple session — three three-hour sessions — which ended around 4 AM.  The Beatles stood around two microphones muttering, singing snatches of songs and yelling for what seemed like hours, with the rest of us standing round them, joining in.”

Paul later added a new twist to the run-out groove genre.  The McCartney Interview LP was first released only to radio stations in 1980 to promote Paul’s McCartney II album but was later released to the record-buying public as a limited edition LP.  Its endless loop on Side Two consisted of a backward voice. When the record was spun backward, the voice was revealed to be Paul’s, announcing: “I’m still the Walrus!”

Run-out grooves weren’t only used as a tool to release an artist’s aural message, but also acted as a message board containing in-jokes, as when Meat Loaf, a man who loved his chicken dinners, had “chicken out of hell” scrawled on his Bat Out of Hell album.

Or, you could find a band’s deep thoughts, such as when Led Zeppelin scrawled in their “Immigrant Song” single: “Do What Thou Wilt Shall Be The Whole Of The Law.

Then there was the gratuitous graffiti that was simply shout-outs to a band’s friends.  Side Two of Hotel California brags “VOL is five-piece live!”  The story goes that Eagles’ producer, Bill Szymczyk wanted to get his words out that the song “Victim of Love” was recorded live by the five-piece band … in one take.

The Eagles slightly deflated Bill’s ego by etching in their 1979 Szymczyk-produced The Long Run: “From the Polack who sailed North.”  Eagle guitarist Joe Walsh later added salt to Bill’s minor wound by doodling in his 1981 There Goes the Neighborhood album: “After 15 Years, I Still Can’t Spell Szymczyk.”

Of course, with the advent of cassettes, CD’s and MP3s, run-out groove writing has become a lost art. The days of digesting locked aural grooves have come and gone.  Then again, locked grooves (like Sloppy Joes) have a lot in common in that they all repeat on you—over and over and over again.

Photo by KrayBoul on Unsplash