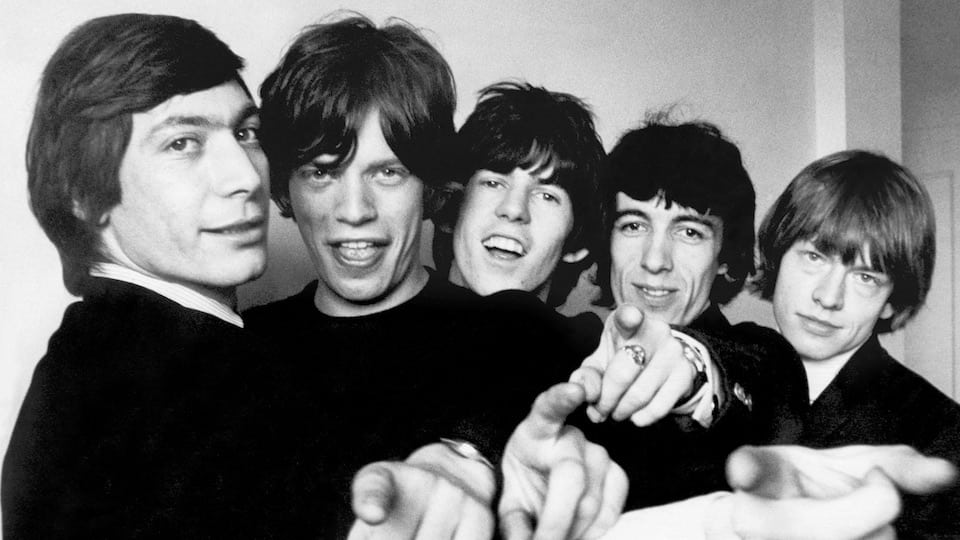 The Rolling Stones have long been heralded as the greatest rock and roll band of all time. This opinion is so widespread and so accepted that it has virtually become fact. Their impact on culture is vast, radically changing what a band could be, how both rock musicians were perceived, as well as the overall culture of the ‘60s and ‘70s. They were the first band to have a logo, and if you ever go anywhere in public with a lot of people, odds are you will see it on a t-shirt. This is why it’s extremely peculiar that the Stones have left very little discernible impact in terms of their influence on music.

This is not at all to say their music is bad; the Stones have a vast catalog of phenomenal rock songs. However, compared to their peers from the same time—the Beatles,  David Bowie, Pink Floyd, the Velvet Underground, Bob Dylan, etc.—the Stones have not left much discernible musical impact. Hear me out.

There’s a fascinating theme when other artists are asked about the Rolling Stones in interviews in which they always give virtually the same answer: they effusively compliment them, with newer artists saying that they discovered them at a young age and they were hugely impactful in their love of music and often their desire to be a musician. Artists closer to the Stones’ ages saying that they wanted to be the Stones. David Bowie said that with the bands he played in early in his career that he aspired to be their Mick Jagger. Musicians’ love and reverence for the Stones is unquestionable, but when followed up with the question of have the Stones impacted their music, the answer is often no, at least not directly. Paste magazine recently interviewed 26 modern bands on the impact of the Stones on their music and this theme followed exactly. It’s best summed up by the Wombat’s frontman Matthew Murphy who responded with the statement that he was “not sure if they have influenced us consciously, but at the same time I doubt ourselves and many of our peers would exist if it wasn’t for what they did for popular music, and to a further extent popular culture.” The Stones, in many ways, served to create an atmosphere and space in the music world for these bands to form. For example, Steven Van Zandt is quoted as saying that “the acceptance of Jagger’s voice on pop radio was a turning point in rock & roll” it allowed for the unorthodox singers to break through and garner acceptance. There are a plethora of cases where the Stones paved the way for these newer bands, but they never quite break through to actually impacting the songwriting itself.

The closest impact the Stones seemed to have on songwriting from all of these interviews comes from an anecdote told by Damian Kulash of OK Go. In it, he tells the story of a friend’s parents running into Jagger at a restaurant and asking him for advice to give their musician son. Jagger responded by drawing two graphs on a cocktail napkin, the first which showed two axis labeled “x” and “y” with a horizontal line through the center, was how he said most people wrote songs, the second, a similar two axis graph but this time with a diagonal line running from bottom left to top right, is how they should tell their son to write songs. Joke or not, Kulash implies that this simple yet convoluted tip about what is assumedly the musical buildup in songs has always stuck with him. Yet this piece of advice could be given by countless artists; it’s not very unique to the Stones. More often the way that artists say the Stones influenced artists musically was by introducing them to the blues artists whom the Stones themselves were influenced by.

So why did the Stones not leave a notable impact while so many of their peers did? Although this is a complex question, a large part of the answer likely lies in the fact that the Stones did not really have one defined sound. At the beginning of their careers, they were heavily influenced by the great blues artists like Robert Johnson, Muddy Waters, Jimmy Rodgers, etc. They did mainly covers, and their fantasy was to be up there with the greats. As they started writing their own material though, they would fuse blues with rock. This became the sound they were most known for, in a sense the root of all of their music that they would build off of. However, with every album, they often layered multiple other genres on top and sounded notably different. They experimented with disco, punk, reggae, and country. The Stones were musical chameleons; with each new album, their colors would change seamlessly. However, just like a chameleon, if one looks closer it can be seen that they always retained the same basic shape. They never completely switched genres or meaningfully pushed any of the ones they experimented with forward; rather they simply did an excellent job at merging them with their blues-rock in a cohesive way. These merged songs were not novelties either: songs such as “Miss You,” “Shattered,” or “Dead Flowers” were amongst their most popular or were fan favorites.

In all of this lies a subtle, yet key difference visible when comparing them with their compatriots such as the Beatles. The Beatles started the same way the Stones did, idolizing the likes of Muddy Waters and Chuck Berry, wanting to one day be up there with them. However, as the Beatles progressed, although their sound changed significantly, it was not because they merged it with new genres, but because their sound evolved with them as they pushed the genre of rock forward with more experimental tactics. This is what created their sound and why so many bands now are referred to as Beatlesesque. The Stones did not have this one sound to be held to and compared with other bands, because each Stones album sounds so different in a way that wasn’t a clear evolution like that of the Beatles. In other words, when looking at the Beatles’ discography there is a clear progression of their sound, whereas in the Stones’ they might try one musical idea on one album and a completely different one on the next. There is a common thread that underlies their music, that ties their sound together, but it does not seem to be one that is concretely or obviously emulated by other bands. In the classic rock world, Greta Van Fleet turned heads a few years ago by being a carbon copy of Led Zeppelin, but it’s interesting to ponder if there could ever be a similar band for the Stones. In all likelihood, probably not, because what could they copy that would sound “Stones-like”? The Stones’ greatest musical influence truly seems to be as a vehicle for newer artists to discover the artists that they loved.

Despite the fact that the Stones did not have a directly significant impact on music, they did impact the way artists create, which is a roundabout method of influence. They introduced newer performers to the artists that influenced them, acting as a wire for that musical current to flow through so that modern groups could interpret and redesign the sound of these old greats they might not have heard of otherwise.

The Beatles experimented with different sounds, but they would take the new ones, add them onto their own, then keep adding on top of those, whereas the Stones were much more “tourists” into new sounds, adventuring and experimenting in a foreign genre for a bit before coming back to their own. Instead of having a sound that evolved linearly, they had one that modulated with each new genre discovery. They were one of the first to meld genres in such a cohesive way, and they showed that genres did not have to be so separate.

This attitude of not confining oneself to one label or genre is extremely prominent in today’s music scene. Those artists that can release projects that mix vastly different sounds in a cohesive way are often more respected. Vampire Weekend’s ability to meld indie with African rhythms, Spanish guitar, and orchestral arrangements on some albums then California rock on others has led them to become one of the most talked-about current acts. Janelle Monae’s ability to mix soul, hip-hop, and folk or Frank Ocean’s ability to mix hip-hop, rock, singer-songwriter, r&b, and rap has led to similar acclaim. The traits that the Stones showed from the late ‘60s through the ‘70s are revered today, and they are traits that not a lot of their peers embodied. Maybe it is hard to trace a musical impact from the Stones because the important part of their sound is that it is, in some ways, undefinable, and does not hold itself to one instantly-recognizable style.

1964 Photo of the band courtesy of Getty Images

4 comments on “Redefining the Influence of The Rolling Stones”