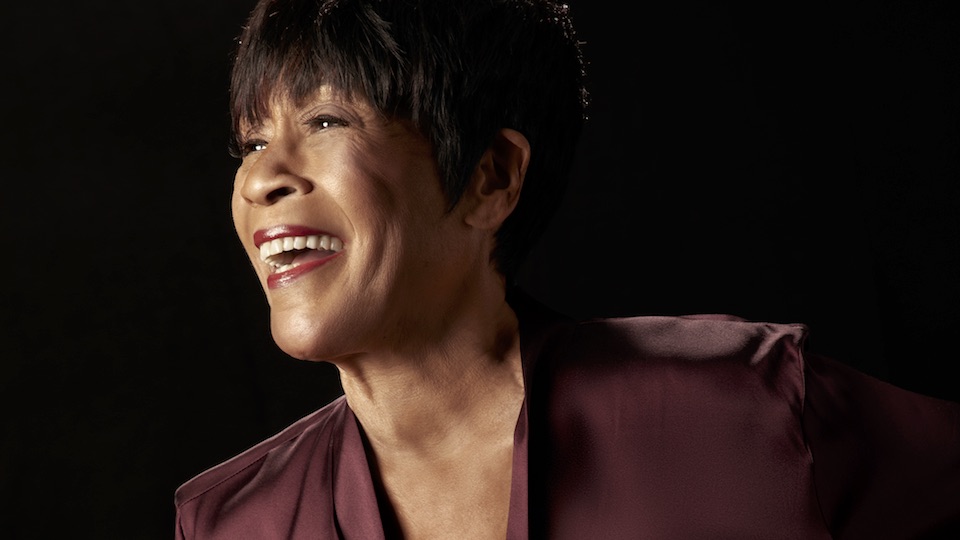 When Bettye LaVette sings “to be free,” the recent Blues Hall of Fame inductee opens a door and steps into the light.

LaVette’s new album Blackbirds is inspired by the African American women she sees as her musical forerunners. The concluding track, “Blackbird,” the Beatles song she has performed in concert for a decade, crowns the record.

Related: “The Authenticity of The Beatles’ ‘Blackbird'”

But don’t read the last chapter first. LaVette’s “Blackbird” is to Blackbirds what “A Day in the Life” is to Pepper.

The eight tracks preceding “Blackbird” are interpretations of songs popularized by Black women, such as Dinah Washington, Billie Holiday, Ruth Brown, and Della Reese. Several came out prior to the album’s August 28 issue. LaVette’s stirring take on “Strange Fruit,” for example, was released in solidarity with the Black Lives Matter protests this summer.

“‘Strange Fruit’ and Blackbirds became timely— in a week!” LaVette told me. Planned well ahead of the upheaval of 2020, the album responds to this moment, but LaVette senses an unusual reversal.

“You know, this is the first time the world has moved to match the music. Usually something happens and we write music about it. This here is what’s happening in real time, and Blackbirds and ‘Strange Fruit’ are just— what’s happening.”

To hear the better future that LaVette sees on the horizon involves recognizing the relevance of the past.

“These Black women,” she explains, are “the bridges that I came across on. These were the first rhythm and blues singers. And right now they’re being so marginalized. It’s people with pink and blue hair being allowed to think that they invented rhythm and blues. And that just ain’t right.”

Don’t get the impression, though, that this witty 74-year-old is stuffy about change or trends. Laughing throughout the interview, LaVette’s joie de vivre is contagious—she is very much interested in the lives and tastes of younger people. As she reveals in her memoir, A Woman Like Me, LaVette has been the same size 6 since her teens; in spite of setbacks, she’s kept herself in top form, both physically and mentally acute. And she still enjoys her wine.

LaVette does not cover songs. She interprets them—a distinction made perfectly clear on Blackbirds, as well as earlier Grammy-nominated albums, including Interpretations: The British Songbook (2010) and the all-Dylan record, Things Have Changed (2018). The latter was, like Blackbirds, produced by Steve Jordan on the Verve label.

“Working with Steve Jordan has been such a joy and a salvation as far as I’m concerned. [Before Jordan] I’ve had to bring people around to my way of thinking, like on the Interpretations album. But what Steve is doing is writing arrangements, [like doing] Doris Day tunes for James Brown!”

She laughs, going on to explain, with her characteristic way of emphasizing particular words, why working with a Black producer after many years of not doing so mattered.

Blackbirds is a true concept record, whose mood evokes the setting of a classy nightclub, replete with intimate seating, textured candle holders, and sparkling champagne, the latter of which, as her favorite drink, appears regularly in LaVette’s oeuvre.

When I mentioned my conjured scene, LaVette’s response was bittersweet: the pandemic has made that physical setting impossible.

“Oh, baby, what you’re saying is exactly what I wanted people to visualize and see. We were going to introduce the album at the Blue Note here in New York, which is a little bigger than my house. So, maybe I don’t want to be caught up in there right now! But that was the way I envisioned the whole thing and what you were describing was exactly it.”

If intimacy has to be imagined, LaVette’s voice is exactly the one to listen to right now. Critics are often clumsy in their attempts to describe her voice because of its emotional range. She can maneuver between vulnerability and sass, weariness and energy, restraint and dramatic outpouring— often within one song.

All of the tracks on Blackbirds dwell in feeling, sometimes empathizing with the consequences of unfulfilled promises or dashed dreams, as in “Blues for the Weepers,” whose virtual performance was released the week prior to the album. (You’ll see a framed picture of LaVette and her beloved husband and manager, Kevin Kiley, behind the singer.)

Seeing LaVette in the setting of her own home suggests another kind of intimacy. As LaVette yearns for a metaphorical “One More Song,” it’s hard not to hear a meta-commentary on lost experiences of live music and other arts shared in communal spaces.

And LaVette’s interpretation of Lillian ‘Lil’ Green’s 1940 “Romance in the Dark” takes you right into the bedroom as she slows down the phrasing to punctuate certain images. That song, also done by Billie Holliday and Dinah Washington, is more evidence of what LaVette means by the “bridge” of Black women. Cardi B and Megan Thee Stallion’s “WAP” is controversial but not at all new. Women—especially Black forerunners of today’s popular genres— have been singing about sensuality and sexual pleasure for a long time.

LaVette is no stranger to this theme, either. Her first hit, number 7 on the rhythm and blues chart, was “My Man—He’s a Loving Man” in 1962. And maybe you caught LaVette’s performance of another charting song, “Let Me Down Easy,” on Shindig in 1965.

Back then, she was a teenage up and comer on Atlantic, a Detroiter alongside members of the Motown stable and others in that very musical town. She did not enjoy the breakthrough success of her contemporaries, but she never stopped working as a singer.

She had “buzzard luck” (her phrase), but she persevered. That’s a biographical note LaVette strikes with a tune that Nina Simone popularized and Angelo Badalamenti co-composed, “I Hold No Grudge.” LaVette released this track in the spring, when the world was locking down due to the pandemic. As the album’s opener, it’s an invitation, but acceptance won’t necessarily come easy given the trampling the speaker has experienced.

Once again, LaVette is no stranger to this theme.

She performed her take on Ringo Starr’s “It Don’t Come Easy” for David Lynch’s 2014 birthday concert, which honored the Beatle.

LaVette schooled Starr’s All-Starr band in one of the former Beatle’s most well-known solo songs. At one point, she turns toward the guitarist (Steve Lukather of Toto) and sings flat up, “You wanna sing the blues, you gonna have to pay some dues.” She checks him with her typical mixture of cheek and seriousness, the kind of braggadocio usually reserved for rappers.

Ringo later fumbled for the right words to express what LaVette did with “my song.” “Incredible,” he concludes, clearly in awe of LaVette’s version.

LaVette’s interpretation discards references to peace and puts the emphasis on love and trust growing uneasily. As with “Blackbird,” altering lyrics is about shifting perspective: she locates and harnesses songs’ meaning for today, not yesterday—not even that of the 1960s, which should have been her decade and wasn’t.

LaVette realizes the moment she has been waiting for in “Blackbird,” which she turns around to sing through the first-person point of view. In doing so, she picks up and extends Paul McCartney’s explanation about the 1968 song’s civil rights motivation.

“He [McCartney] is singing about me,” LaVette insists. “So that made it easy to interpret. He was singing about me. And so many people here don’t realize that the Brits call their women birds. So I’ve been so surprised how many people thought he was actually talking about a bird.”

She laughs, but her thoughts turn to memories of struggle before the transcendence.

When LaVette becomes the blackbird, you hear her arrival. But this rising is much more than one person’s flight. In many ways, Blackbirds is the personal and collective musical journey of Bettye LaVette and the Black lives she voices—with sass and soul.

When concerts resume, perhaps McCartney will no longer preface “Blackbird.” LaVette’s interpretation—and the album for that matter— communicates all of the things the former Beatle wants his song to be: an anthem for civil rights, for a Black woman’s liberation, and for hope in a dark time that is most certainly the year 2020.

Blackbirds is now available on CD and in formats for streaming and download on Amazon, iTunes, and other major services. During our interview, Ms. LaVette shared many more thoughts about “Blackbird” and other songs, as well as stories about her past that involve encounters with the Beatles, Keith Richards, Dylan, the Supremes, the Tops, and many others. These accounts will appear in my forthcoming book, Blackbird Singing: Black America Remixes the Beatles (Penn State University Press), a project supported by a grant from the National Endowment for the Humanities.

Press photo of Bettye LaVette by Joseph A. Rosen

0 comments on “Arising to This Moment: Bettye LaVette’s “Blackbirds””