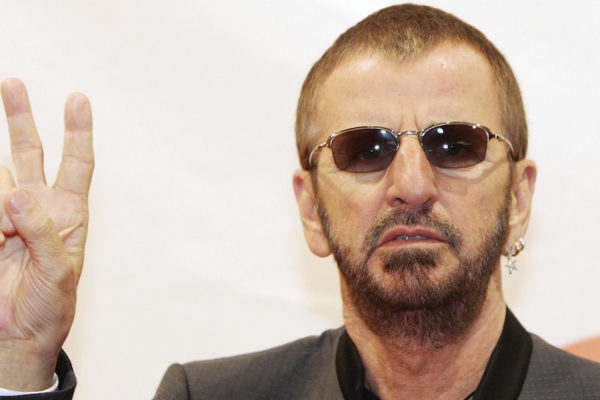 It’s OK to clutch your chest when you realize that Ringo Starr is 81!

Given that bit of news, we all know Sir Richard Starkey’s greatest accomplishments are as the world’s most famous drummer for the world’s most important R&R band, as well as his solo hits, his movie roles, and the beloved personality that promotes “Peace and Love” throughout the world today. While he’s into his 6th decade of an esteemed career, there may be scant notice of perhaps his greatest accomplishment: He passed the audition!

The Beatles were never satisfied with Pete Best as their first full-time drummer from his start in August of 1960. By the summer of 1962, the Beatles were the undisputed number one band in Liverpool, they had just secured a recording contract and were scheduled to be filmed by a TV network (Granada) for a light people-contrast documentary show, “Know the North.” This set up an important psychological deadline to end the suffering relationship between the other three Beatles (John Lennon, Paul McCartney, and George Harrison) and drummer Pete in middle August.

This is when, after months of debate and query, the three Beatles finally officially reached out to Ringo, who was playing in a rival band. He may be over 80 years old, but we can learn a lot from 58 summers ago when Ringo put himself to be in the position to be “promoted.”

He Built His Reputation

It was fortunate at the time for Ringo that the band he was playing with (Rory Storm and the Hurricanes) was also booked to play many of the same clubs as the Beatles (sometimes on the same bill) in Hamburg during the same period from August 1960 through 1962. The Beatles knew of Rory’s band back home in Liverpool and at one time they were the top draw local act. As fellow Brits in a foreign land, a natural gravitation to each other’s camp happened in Hamburg.

“I didn’t like the look of Rory’s drummer-he looked the nasty one with his little grey streak in his hair.” George Harrison would explain over the years, “But the nasty one turned out to be Ringo, the nicest of them all!” Ringo made it his business to sit, watch and study the Beatles from the front of the stage on nights when his band were playing on the same club bills. He was sure to send up requests, then later, sent over drinks to their table during breaks. He was naturally friendly, and took actions to mingle with the Beatles, have a laugh, talk music, and relate on things back home in Liverpool.

These were sincere actions on Ringo’s part, but it also propelled their mutual admiration, as Ringo was not only seen as nice, fun and witty, he was also a rock-solid drummer for the rival band. Eventually, the front three Beatles began to take notice.

Over the years, John would go out of his way to say that Ringo would have been a star in his own right, even if he had not joined the Beatles. “I don’t know what he would have ended up as,” John stated in 1980 just a few weeks before his death, “but whatever that spark is in Ringo that we all know but can’t put our finger on…whether it is acting, drumming or singing, I don’t know…there is something in him that is projectable and he would have surfaced with or without the Beatles.” Ringo’s personality was a major positive factor of his fit into the Beatles, but his work product (drumming) was the engine of his opportunity.

Related: “The Birth of the Beatles”

Over the two years that Pete Best would be a member of the Beatles, he would occasionally fall into bad habits that concluded with him unexpectedly not showing up, calling in “sick” for shows on short notice. This is when the resentful Beatles, facing a night of no pay (or the wrath of an angry club owner), would reach out to Ringo and ask him to ‘sit-in’ for the night. By luck or by design, there is no documented occasion when Ringo said “No” to the Beatles when they were in need (history captures four on-stage shows that Ringo sat in with the Beatles).

His willingness was key, as Ringo did not know all of the songs in the Beatles’ vast repertoire (just think of this challenge: John, Paul, and George had been playing together since they were mid-teenagers, and now in their early 20’s they were a walking-talking jukebox of music, with the ability to play hundreds of pre-prepared songs at a moment’s notice. There were also exclusive songs to tackle around at this time too, as the Lennon/McCartney machine was already kicking out “PS I Love You,” “Ask Me Why,” “Love Me Do,” and working out the kinks on an early version of “Please Please Me”).

But Ringo worked hard to figure out something that fit (sometimes on the spot, while on stage) even if he had no idea where the song started, ended, or where it was going. He always said he played by feel and emotion, and he put these skills to good use during what could only be described as his unofficial audition.

The others could see his dedicated efforts and admired that he didn’t show frustration, didn’t make excuses, or throw out a victimized complaint about not having a chance to be prepared. He actually smiled constantly on stage (something the Beatles could not get Pete to do). Ringo just worked it. He took ownership. And it didn’t hurt that each time they played together, they all felt and heard a growing “completeness” to their sound.

No prima donna, the Beatles observed someone who worked as hard as they did, and someone dedicated to doing a good job even if it wasn’t Ringo’s real position in his professional life. Over the next number of months, George began to whisper in Ringo’s ear that he, someday, should consider joining their band.

He Held Onto His Principles

Showing who he was through his principles told the world what kind of fiber Ringo was made of. Of course, where anyone’s values conclude need to be aligned with the organization’s ideals. This is what Ringo had over Pete.

The very first test put to Ringo’s character was right at the very start when he received the phone call on August 14, 1962, from the Beatle’s manager (Brian Epstein) while doing shows at a large summer camp with the Hurricanes in faraway Wales. It was a Tuesday, and Brian Epstein asked him if he would join the band and could travel back to Liverpool that night to do the Beatles shows for the remainder of the week. “I can’t leave the others (in the Hurricanes) just like that!” Ringo naturally reacted, “I must give them a bit of notice. I’ll be there Saturday.” This statement was running against his own self-interests, as he was delaying a big pay raise. Ringo’s stage fee at the time was £7 with the Hurricanes, and he was offered an increase by the Beatles, paying £12 per show (a very good wage for the northern city at that time). The Beatle’s camp was impressed with his character. Ringo did the right thing.

Ringo was from the Liverpool section of Dingle, well-known as one of the most notoriously hard and violent areas of the city. He was pure working class, whereas the other three were far more suburban– they were all grammar school graduates while Ringo’s childhood health problems forced him to drop out of school at a young age. The drummer always served up a public persona of being the “simpler Beatle” as a means to fit a place among the established team. This facade assured that he would be the favorite of grandmas and little children, but Ringo was by no means a simple man. In fact, the opposite would be true. John looked at himself when observing Ringo’s natural cleverness, “To be so aware, with so little education, is rather unnerving to someone who’s been to school since he was F-ing two (years old) onward.”

His background built an aggressive side, and that forcefulness was revealed upon Ringo’s arrival for his first show with his new band. Proving he was no Pollyanna pushover, he stood his ground and cursed out roadie Neil Aspinall for not setting up his drums on the stage that they were to be playing that evening. Neil was the ex-drummers best friend and was in a love affair with Pete’s mother at the time; Ringo misinterpreted Neil’s inaction as a protest toward Pete’s firing. But Neil would explain sometime later, “I didn’t know how to set up a drum kit. Pete always set up his own (drum kit) because he knew how he wanted it.” Ringo was a principled man, even when he was wrong.

He Prepared with Confidence

Ringo always knew he was a better drummer than Pete and was considered the best over most of the other drummers in the R&R scene in Liverpool. He believed this not out of conceit, but the fact that he possessed the most hours on stage than any other drummer in Liverpool over the past five-year period. When asked about the change that summer, Ringo would state, “Pete Best? – it’s no offense, but I never felt he was a great drummer.” Further, some 30 years on, when asked if he ever felt sorry for Pete’s demise, he would hold his confident stance replying, “No. Why should I? I was a better player than him. That’s how I got the job!”

Ringo also had a winning track record. His first membership in a professional band was with the Eddie Clayton Skiffle Group, who soon achieved the #1 status in the city. He got scooped up by Rory Storm a few years later, and the Hurricanes soon reached # 1 ranks- this was until the Beatles passed them by. For the first time in his career, upon Epstein’s call, Ringo was joining something to catch up.

Like anyone who is looking after their self-development and career growth, all of Ringo’s past work and commitment would add up to his being ready, (maybe overly prepared) for the call. The call that opened the magic door, that would hand him the “audition” of a lifetime. Neil Aspinall summed it up when he stated: “They had a succession of drummers through the years and finally they found one who integrated, someone who fitted.”