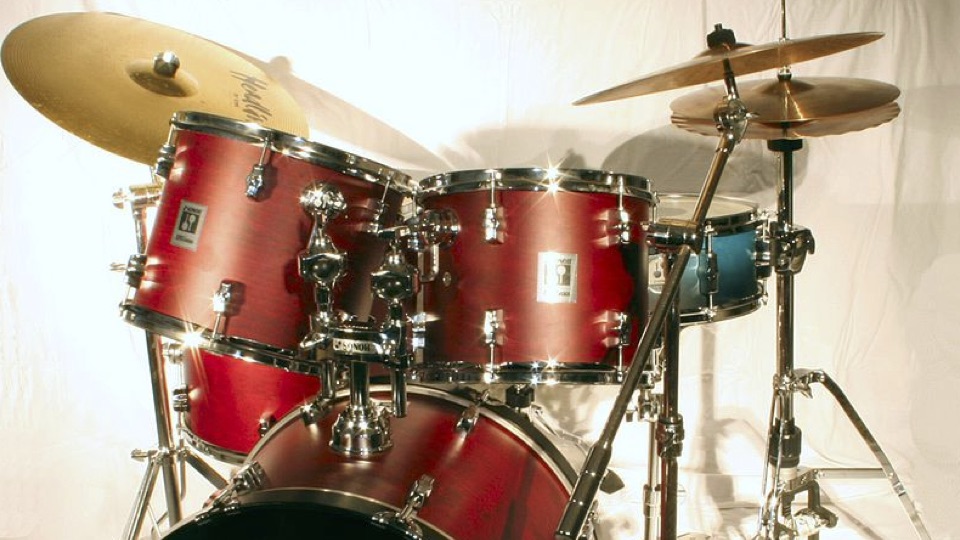 The drummer is one of the most important musicians in any group. They’re in charge of the beat, the time changes, the background and the colorful flourishes that turn a performing unit into studio artists. Bands have used electronic drums since the seventies, but there´s nothing as refreshing as hearing that stick hitting the cymbal with bone-bearing passion.

We’ve assembled seven drummers that are worthy of attention. Some have already made an impact, some are making an impact and the rest will inevitably make an impact. And a one, a two, a one, two, three, four…!

Sina: The star of YouTube videos “Sina-Drums,” the German drummer has used this channel as a means to show how Sultans of Swing, Toto and Procol Harum play their songs. Seated on a drum seat, Sina faithfully re-creates the patterns that make these rock tracks swing as excitingly as they do. Personal favorite videos of mine are Sina’s essays on what made Ringo Starr a powerhouse player, while her rendition of U2´s fiery “Sunday Bloody Sunday¨ mimics Larry Mullen Jr’s pounding march-beat beautifully.

Nathan Shingler: It’s hard to be completely objective about any sticks person, their style dependent on the person´s taste and texture (I’ve always found Keith Moon’s work a little too heavy-handed for my dainty ears). Shingler, however, won the 2019 Young Drummer of the Year Event, which almost certainly provides a reason for his inclusion on this list. He plays with balletic agility, a rare gift for someone as young as he is.

Jamison Ross: He reminds me of 10cc’s Kevin Godley, similarly meticulous as a drummer, as silkily voiced behind the microphone. Joining the pantheon of singing drummers, Ross won the prestigious Thelonious Monk International Jazz Competition in 2012. He released Jamison, his 2015 debut album, a work that was nominated for a Best Jazz Vocal Album Grammy. Something tells me it won’t be the last time he’s eyed up for an award.

Emmet McNamee: Another competition winner, this time the “Irish Young Drummer of The Year” recipient. McNamee´s influences are clearly heavy metal, explaining to Irish Drummers “Nicko McBrain (Iron Maiden) was probably my first drumming influence. My influences have changed since then, for the last [two] years my favorite drummer has been Mario Duplantier from the band Gojira.” McNamee might well be another’s favorite drummer.

Kristina Schiano: The Brooklyn born native has a high YouTube following, yet many point to Schiano´s gender as a factor to her success. Undeterred, Schiano triumphantly told Drum! Magazine “Don’t listen when people tell you that you can’t. Walk with your head held high, right on over to your kit, and show them how it’s done!” Schiano benefits from a cross-gender audience, Schiano’s rendition of the funereal My Chemical Romance is among her most popular videos. Schiano recently performed as part of “VANS Presents: The Loyal To The Craft Tour.”

Related: “The One-Hit Wonder File: ‘Hold Your Head Up'”

Jan Krause: Krause plays with British hard rock outfit Conjurer. If the band can boast a star, it’s Krause, his colossal drum performances reminiscent of seventies rocker Bill Ward. Tight on cymbal work, heavy on tom-tom, Krause is one of the most exciting rock drummers of his generation. The band´s 2018 debut Mire was deservedly met with critical acclaim.

Nicholas Collins: Like Zak Starkey and Jason Bonham before him, Nicholas is the offspring of a world-famous drummer. With his father now focusing on singing his material, Nicholas was entrusted as Phil´s drummer of choice since 2017. Though still a teenager when he joined, Nicholas´thunderous playing was met with loud praise, Genesis custodians Tony Banks and Mike Rutherford among the converts. Both Collins senior and junior will be performing with the prog rockers on an upcoming UK tour – whenever that will happen.