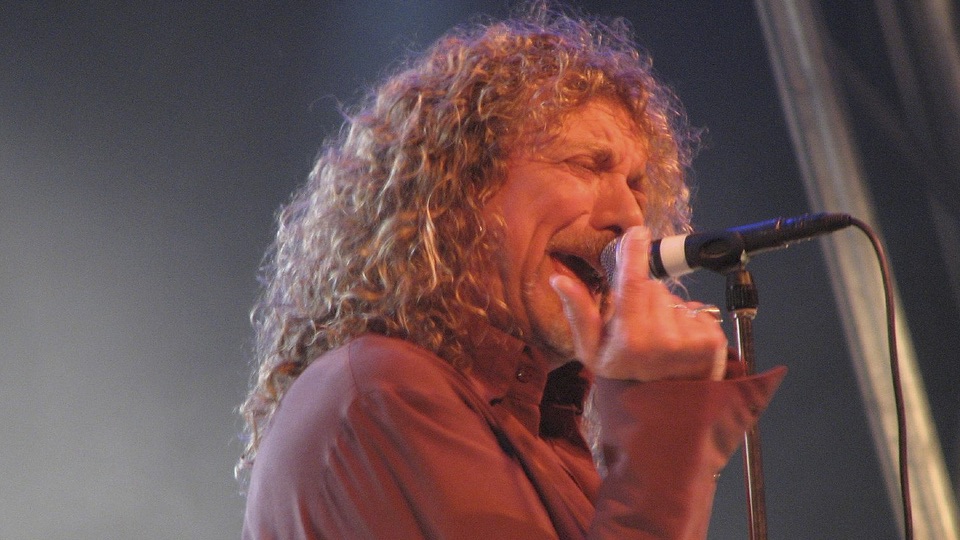 Robert Plant’s distinct falsetto was key to Led Zeppelin’s epic success during the ’70s. He took fans, whether in concert or on vinyl, on a journey through ethereal fantasy-scapes and crunchy blues swamps. That part of the journey suddenly ended with the 1980 death of Zeppelin’s drummer, John Bonham. While John Paul Jones and Jimmy Page threw themselves into soundtracks and side projects, Plant bravely ventured into uncharted waters as a solo artist.

Collating forty years of material is no easy feat for anyone, but Digging Deep: Subterranea – a two-CD compilation featuring 30 of his solo tracks (out Oct. 2) – admirably shows just how powerfully Plant could write, play, and sing without Bonham, Jones, or Page to guide him. Here’s a selection of some of his great solo tracks.

Plant left Bonham’s steady, unwavering hand on the drums for Zeppelin disciple Phil Collins. Sufficiently satisfied with his fill of the limelight, Collins takes a backseat and plays to the pounding, hypnotic rhythms that this burning desert rocker calls for. More than that, the song boasts one of Plant’s most yearning vocals.

The unexpected pleasure of hearing a synth-heavy track from Plant is only compounded by how little of the song Plant appears on. And yet Plant, economical with time and energy, more than compensates, channeling a shifting, spectral vocal that echoes over Collins’ mercurial backbeat.

To this writer’s ears, “Ship of Fools” contains the most expressive vocal Plant has yet committed to tape. Plastered over a splash of keyboards, Plant rises from the whispers that so tastefully open the song, to the rousing blast of emotion that closes out the record. Better still is the chorus, carrying an emotional weight unbecoming of an ’80s-era rocker.

Just as the ’80s were becoming more and more ironic, Plant joined in on the fun and chose to sample Led Zeppelin’s music. “Tall Cool One” is awash from head to toe in samples, leading purists to guess which songs were woven throughout. Hot on the heels of the pounding loops comes the brisk sound of a brash guitar player. If it sounds too good to be a sample, it’s because it is: Jimmy Page popped ’round to lay down an overdub.

For Plant, the years he enjoyed with Led Zeppelin up to and including Physical Graffiti, were among the most exhilarating of his career. The following few years after that project proved trickier. There was the car crash that imprisoned him in a wheelchair as he prepared himself for the Presence sessions. Most cruelly, there was the stomach virus that robbed Plant of the five-year-old son he’d loved more than music. He tried eulogizing Karac on “All My Love” (found on In Through The Out Door) though the song’s chirpy melody took away any power the lyrics might have held. Plant returned to the topic years later on the much stronger “I Believe,” conveying a parent’s grief through water and mountain motifs. It might not be a crowd-pleasing performance, but it’s a genuinely affecting one.

Now, this is a crowd-pleasing track! Complete with Byrd-like jangle and a lively air, “29 Palms” could easily have been mistaken for a latter-day Zeppelin song. The black and white video brought viewers on an American desert path and furthered the vibe. It was to no one’s surprise that, in 1994, Plant reunited with Jimmy Page for a world tour.

Page & Plant recorded two fiery albums together, but any plans for a third were quickly scuppered at the turn of the millennium. Plant, who’d long abandoned any ambition he had for commercial recognition, assembled the Strange Sensation with the explicit intention of producing a roaring, raw blues album. “Red Dress”- complete with its wild, wailing harmonica solo – showed the singer embracing the skiffle roots that excited him when he was nothing more than a Northern lad.

“Shine It All Around”

Featuring a tremendous drum sound, this 2005 track shows the Zeppelin frontman getting loose and sweaty, and earned a respectable #18 place on Billboard’s Mainstream Rock Songs chart. The years spent singing other styles had done nothing to lessen his impact on the genre that had turned him into a venerable god, as he deftly boasted at Led Zeppelin’s triumphant reunion gig in 2007. Acquiescing to one final performance, Plant tackled Page’s melodies with the swagger, strength, and stealth that was expected. Plant, best known for his helium falsettos, had never hit such a wonderful high as he did that night.

Plant was finished with rock, although he was happy to alter the Led Zeppelin numbers “Black Dog” and “Gallows Pole” to fit his more folk-based agenda. And then there was “Please Read The Letter,” a thunderous rocker he’d written with Jimmy Page, now re-worked to fit Alison Krauss’s ghostly harmony vocal. Seated atop a selection of bluegrass covers, this slower, more sensual arrangement impressed critics, many of them considering it a vast improvement on the more raucous original. The public seemed to agree: Raising Sand sold an extraordinary 112,000 copies in its first week alone.

Coming hot off the heels that both a Grammy-winning album and a superb comeback concert provided, Plant turned back to the band that had started him on his musical crusade.  Band of Joy, named after the jubilant outfit he led with John Bonham in the ’60s, proved another mighty work and might be the strongest album in Plant’s ever-widening canon. With its skiffle rhythm, jaunty choruses, and devil-may-care attitude, “Central Two-O-Nine” finds the vocalist deputizing some of the harmony lines to Americana darling Patty Griffin. For Delaney & Bonnie fans, the album features another welcome surprise: Bekka Bramlett guests on two of the album’s wilder tracks.

Robert Plant has spent more than fifty years entertaining the paying masses. He remains, as he did in 1970, the most innovative vocalist of his generation, harboring a resolve many of his contemporaries can only envy. Fittingly, we end with the most inventive single of his oeuvre, as Plant – still as cosmic as he was when he wrote “Stairway To Heaven” -conjures up a whirlwind of emotion, that rattles with even more dynamism than the tribal drums carrying his heavenly voice.

1 comment on “Robert Plant “Digs” Deep On A New Collection”