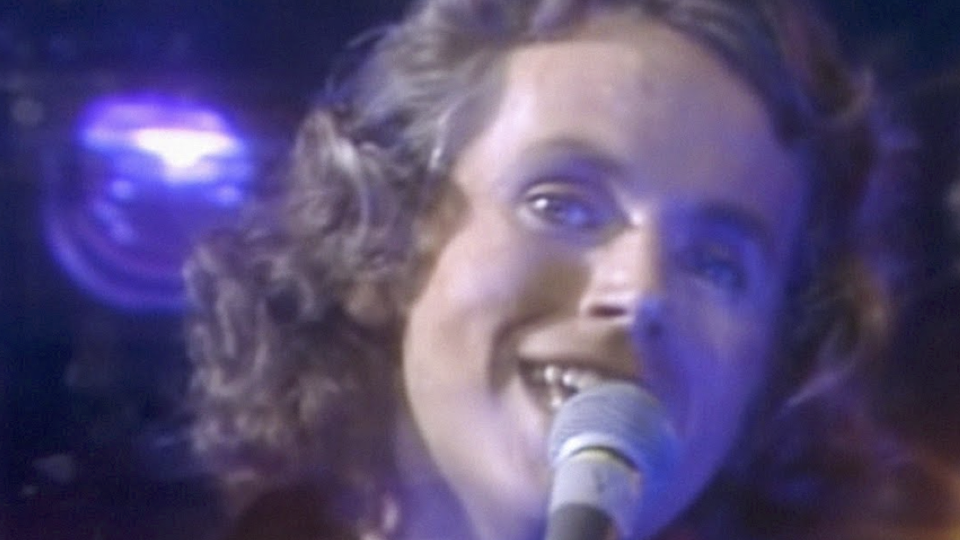 There’s an endless list of rock and roll artists who’ve poured their feelings of love, lust, obsession, and heartbreak into their music, but it’s not quite the same thing to have the object of those affections singing with you in the studio while recording the very song you’ve written about them. That’s just what happened with Walter Egan. After working with Lindsey Buckingham and Stevie Nicks on his album Fundamental Roll, Egan invited the duo back to work on his follow-up record, Not Shy. During the sessions for Fundamental Roll, Egan had developed a crush on Stevie, and he wrote the 1978 hit “Magnet & Steel” about his attraction to her.

Walter Egan originally hailed from Forest Hills, NY. He composed songs and played lead guitar for the surf-rock group the Malibooz, and the country-rock leaning outfit Sageworth & Drums. Later known as just Sageworth, the band had some success touring around the Northeast in the late 1960s and early 1970s. After the group broke up, Egan headed to California, where he performed as a backing musician for a number of artists, including Jackson Browne and David Lindley. Gram Parsons and Emmylou Harris recorded Egan’s song “Hearts on Fire” which was included on Parson’s posthumous 1974 release, Grievous Angel.

Egan later signed up with Columbia Records, who released his solo debut, 1977’s Fundamental Roll. That’s where Egan first teamed up with Buckingham and Nicks, who produced and sang backing vocals on the album. Lindsey and Stevie helped craft Egan’s sound in the studio, and his music was very much in the style of the cool California rock that was in vogue at the time. The duo returned for 1978’s Not Shy, an album where Egan put his amorous feelings for Stevie Nicks to music with the memorable “Magnet & Steel.” It’s no surprise that she captured Egan’s interest. After all, the ethereal Stevie is a longtime member of Fleetwood Mac, a band infamous for their intra-group couplings and un-couplings during their heyday during the 1970s and 1980s.

“Magnet & Steel” remained on the charts for 22 weeks, eventually climbing to Number 8. Not Shy, which also includes a guest appearance by Mick Fleetwood on drums, reached Number 44 on the album charts. None of Egan’s subsequent releases matched the impact of “Magnet & Steel,” though he managed to land a couple of other songs on the lower regions of the charts, including “Only The Lucky” and “Hot Summer Nights,” later a sizable hit for the band Night. Egan has continued to record and perform into the 2000s. In addition to his solo performances, he also launched a reformed version of his early group The Malibooz with that band’s co-founder, John Zambetti.

“Magnet & Steel” has been featured in movies, television shows, and commercials. Notable remakes of the song include a version by Matthew Sweet, which features Lindsey Buckingham on guitar and vocals. There’s also a fantastic cover by Popdudes, which is included on Drink A Toast To Innocence: A Tribute to Lite Rock, a compilation that spotlights a group of indie artists covering AM radio hits of the 1970s and 1980s. Egan actually sang a bit of the song for host Chuck Woolery when he appeared on the television version of Scrabble in the 1980s. That’s right, the rocker who wrote a song about his passion for Stevie Nicks was also… a game show contestant!

3 comments on “The One-Hit Wonder File: “Magnet and Steel””