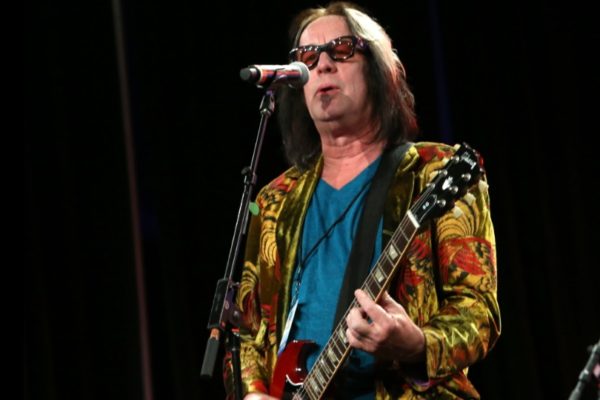 After years of being a punching bag for outraged music fans with better taste, The Rock and Roll Hall of Fame finds itself on a winning streak not seen since its early days when inductees tended toward the obvious. Since 2012, acts that had been ignored, in some cases for decades, finally got their ticket punched. Amongst others, Rush, Kiss, Chic, Donovan, Heart, Hall & Oates, Joan Jett, Yes, Deep Purple, Lou Reed, Cheap Trick, and Journey finally became inductees. But the work isn’t quite over as there are still numerous artists whose continued exclusion from the Rock Hall is difficult to justify. Below are six artists who should be in the Rock Hall – like, yesterday. As always, you may have five completely different acts in mind, and your comments are always welcome.

1. The Monkees
[amazon template=right aligned image&asin=B01BGDXOFC]Very few people still regard the Monkees as a prefab joke of a band, and to the extent that the perception still lingers, it’s largely because self-absorbed Boomer rock critics will never take them seriously. The rest of us know, all too well, that this is one hell of a band. Does it matter that much of their recorded output was played by The Wrecking Crew? Not to me and millions of fans, it doesn’t. Does it matter that their songwriting contributions are minimal? Not when they had Boyce & Hart and Neil Diamond and Goffin and King writing for them, it doesn’t. The Monkees (or, if you prefer, Don Kirshner) made spectacular records and became a genuine cultural phenomenon. I suspect that the lingering bias that keeps them out of the Hall can be boiled down to this: The Monkees were inorganic and, as such, prophets of niche marketing and other social ills that haunt us to this day. Get over it. They are incredible.

2. Judas Priest
It’s distinctly possible that no rock act – solo or band, from any era – is getting more jobbed by the Rock and Roll Hall of Fame than Judas Priest. The band redefined heavy metal in the late ‘70s and early ‘80s by moving from the blues-based sounds of Black Sabbath and Led Zeppelin to a new, more urgent, and considerably more “metallic” feel. Rob Halford’s eight-octave vocal range peeled the paint off of many a teenage boys’ walls during that era, and guitarists K.K. Downing and Glenn Tipton almost singlehandedly gave rise to the fine art of air guitar. In addition to their more raucous and blistering fare, they were also adept at making muscular FM radio songs like “Living After Midnight” and “You Got Another Thing Comin’.” Are there any cons? Any reasons that Priest shouldn’t get in? Not really. The closest thing to an actual argument I’ve seen advanced is that they went south in a major way after Halford left in the early ‘90s. While this is true enough, it shouldn’t have much to do with their overall credentials. Few artists in the Hall, as in history, didn’t record a clunker or two.

3. Iron Maiden
What Judas Priest induction would be complete without their fellow metal travelers, Iron Maiden? Who can deny the power and force that these spandex junkies brought to the ‘80s and beyond, starting with Dickinson’s debut with the band, 1982’s Number of the Beast?  The twin guitar attack of Dave Murray and Adrian Smith was on par with that of Downing and Tipton, with the added element of even more speed than Priest could muster. And, as with Priest, there was a decided break from blues-based metal. (Whether the band’s sound borrowed extensively from punk is still a point of contention.) So, why are they not in? There’s just no good answer. They face the same problem every metal band always faces – an electorate littered with people who think the entire genre is invalid. Voting in Maiden would, they fear, bring the whiff of the weirdo, one step up from voting in, say, Dio. In a perfect world, Iron Maiden and Judas Priest would be inducted in the same year. I would lay odds of the arena’s complete destruction.

4. INXS
Here’s a fun game: Opine that INXS released truly wonderful singles, without exception, for nearly a decade and watch their faces contort as the truth of the statement sinks in. It never, ever fails. You are probably realizing this, too, now that you’re thinking about it. From their announcement to the world with “The One Thing” in 1982 all the way through the weird drift into irrelevance (an ‘80s band trying to keep its head above water in the ‘90s) of “Suicide Blonde” in 1990, INXS produced single after single after single of incredible material. Some of them were hits, more should have been. They created a unique, immediately recognizable sound that nevertheless always sounded fresh and innovative and, usually, a hell of a lot of fun. If I ever attended a party in the ‘80s where at least one of their albums didn’t get played, I sure don’t remember it. Like the Monkees, they almost never even make the Hall’s ballots. Inexplicable.

5. The Spinners
Is the Philadelphia Sound underrepresented in the Rock Hall? Yeah, probably. After the enshrinement of the primary proprietors of the Philadelphia sound – The Dells, Gamble and Huff, The O’Jays, probably Hall & Oates – Hall voters have taken a decade-long nap on Philly that shows few signs of awakening. The crime and tragedy of excluding Harold Melvin is too unconscionable to explore fully in such a small space, so I will focus instead on the exclusion of the Spinners, which is merely stupid. The Spinners, produced by Philly pioneer Thom Bell, enjoyed tremendous commercial success – six top 10 hits and sixteen top 40 on the Billboard Hot 100. Their range – from the pre-Phillipe Wynn ersatz funk of “It’s a Shame” to the jarringly smooth “How Could I Let You Get Away” to the coy pop of “Games People Play” to the crystalline plea of “I’ll Be Around,” they could do anything. And make it sound really good. I can’t create any justification of why they’re still on the outside of the Hall.

6. Todd Rundgren
[amazon template=right aligned image&asin=B06XGTTDXM]You’re Todd Rundgren. You have for decades made interesting, eclectic and mostly wonderful-sounding albums of your own as a solo artist and as the leader of two very excellent and underrated groups. You’ve produced albums for a breathtaking array of artists, including Meat Loaf, Hall & Oates, Patti Smith, Grand Funk, Cheap Trick, XTC, and, no fooling, Shaun Cassidy. You’ve been a sought-after songwriter since you were in your early 20s. You haven’t had a Hall of Fame career, you’ve had three of them. Take heart, Todd. In the glorious, bright and bountiful (and near!) future, when society is just and reason prevails and human kindness and wisdom reach their inevitable apogee, Jann Wenner and Dave Marsh will be tried in Cleveland for Crimes Against Humanity for conspiring to keep you out of the Rock and Roll Hall of Fame.

115 comments on “Rock and Roll Hall of Fame: And the Nominees Should Be…”