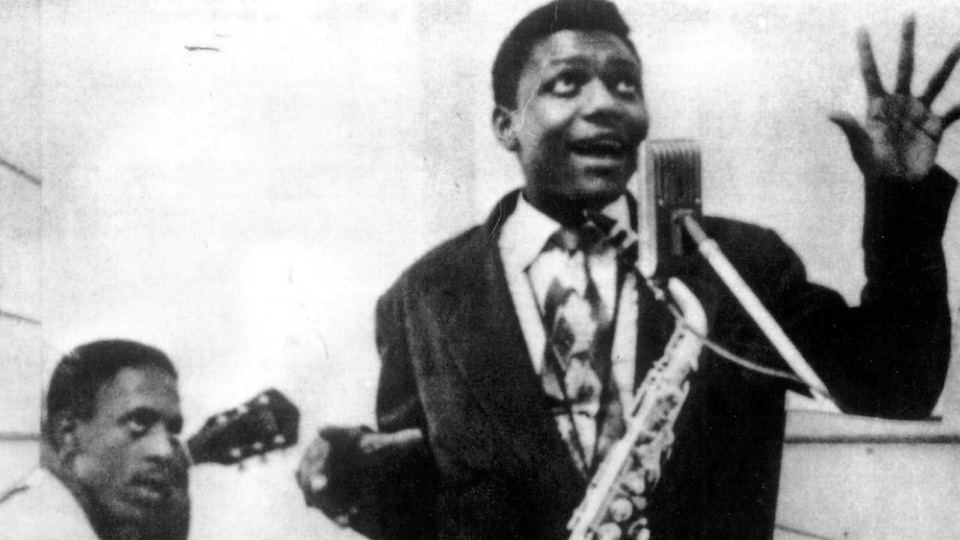 In announcing the 2018 inductees for the Rock and Roll Hall of Fame, a new category was introduced: Singles. Songs qualifying for this distinction, the museum explains, “have established a permanence in our history and influenced rock and roll.” Not surprisingly, one of the first tracks to receive this honor was “Rocket 88,” a rhythm and blues track widely credited as being one of the earliest rock and roll songs. The 1951 single successfully blends R&B with a rock edge, allowing artists ranging from Bill Haley to Rufus Thomas to place their own spin on the sound. Yet the 1951 original, performed by Jackie Brenston and His Delta Cats, exemplifies the gritty, do-it-yourself roots of rock, a blend of Memphis and Chicago blues. Astoundingly, “Rocket 88” further impacted careers, as it features two figures that would become pioneers of rock and soul: Ike Turner and Sam Phillips. In addition, the single gave the historic Chess label its first number one R&B hit.

The story starts in early March 1951, when an R&B band made the long drive from Clarksdale, Mississippi to Memphis, Tennessee. The group, Ike Turner and the Kings of Rhythm, had recently lost their lead singer, who departed the group for a solo career. Thus Turner recruited Jackie Brenston, a saxophonist and vocalist, to join the outfit. Before the journey, the Kings of Rhythm had toiled in Cleveland and Greenville clubs, performing covers. While playing on the circuit, Turner realized that an old friend was performing in a nearby club one night. The friend, B.B. King, took a liking to the group and connected them with Phillips, who at that time had established Sun Studio to record blues artists. The young Phillips, who would found Sun Records just a year later, invited Turner and the Kings of Rhythm to Memphis for their first recording session.

Turner later recalled that the band loaded their gear into a Chrysler, and during the lengthy road trip they composed what would become an important track for Turner and the Kings of Rhythm’s career as well as music itself. As Turner told MOJO writers Barney Hoskyns and James Maycock in 2002, “We’d bet nickels and dimes on what cars we’d see . . . . and we’d count the cars as we passed them from there to where we were going. The Oldsmobile had just come out, so I said, ‘I bet we see less Oldsmobiles than we see Chryslers.’” In 1950, the new Hydra Matic Drive V-8 Oldsmobile “88” was also called “Futurmatic” and advertised as “the lowest-priced car with ‘rocket’ engine.” Considered one of the fastest cars at the time, the “Rocket 88” became the inspiration for the song. They later finished the lyrics in the studio, and Turner contended that he wrote the music. In a subsequent interview, Brenston claimed they actually “borrowed” the tune from one of the covers the Kings of Rhythm often performed: “Cadillac Boogie” by Jimmy Liggins and His Drops of Joy.

In another fateful incident, the group encountered trouble on the bumpy road to Memphis. A guitar amplifier fell off the top of the car, damaging its woofer. After arriving at the studio, Phillips stuffed the amp with brown wrapping paper; that would lead to the buzzing and distortion on the record, key elements of rock and roll. That, along with the blazing double saxophone riffs, Turner’s rollicking piano, and Brenston’s double entendre-loaded vocals led to a rough and raw recording. Phillips later admitted that he wanted to make the record sound as distinctive as possible. “I just wanted to make sure I did something that was so different that it would be hard to categorize. It was different and it would get your ear whether you liked it or not.” Turner and the band then recorded three more songs, with Turner singing lead on those tracks and Brenston leading “Rocket 88.” In the end, Phillips elected to credit the Turner-sung songs as “Ike Turner and His Kings of Rhythm” and the Brenston-led track as “Jackie Brenston and His Delta Cats.”

Next, Phillips sent the recordings to Chicago’s Chess Records, and founders/brothers Leonard and Phil Chess immediately snapped up “Rocket 88.” That fortuitous move helped establish the now legendary label, as it scored the brothers their first number one hit on the R&B charts. It also crossed over into the white market—as Phillips said, the song’s lyrics concerning cars, girls, sex, alcohol, and freedom appealed to all teenagers. For Phillips, the song’s success helped him found the Sun Records label. Finally, the song would propel Ike Turner on a career that, along with future wife Tina Turner, would further merge rock and R&B.

As for the track’s impact on music, several elements of “Rocket 88” formed the basis for rock and roll. The New Orleans-inspired shuffling rhythm, the saxophones mimicking guitar solos, the boogie-woogie piano, the fuzzy bass, and naughty lyrics (“Everybody likes my Rocket 88 . . . Black convertible top and the gals don’t mind”) would expand the scope of R&B, ultimately aiding in the creation of a genre that would help bring black and white audiences together.

4 comments on ““Rocket 88”: One of The Pioneering Songs of Rock”