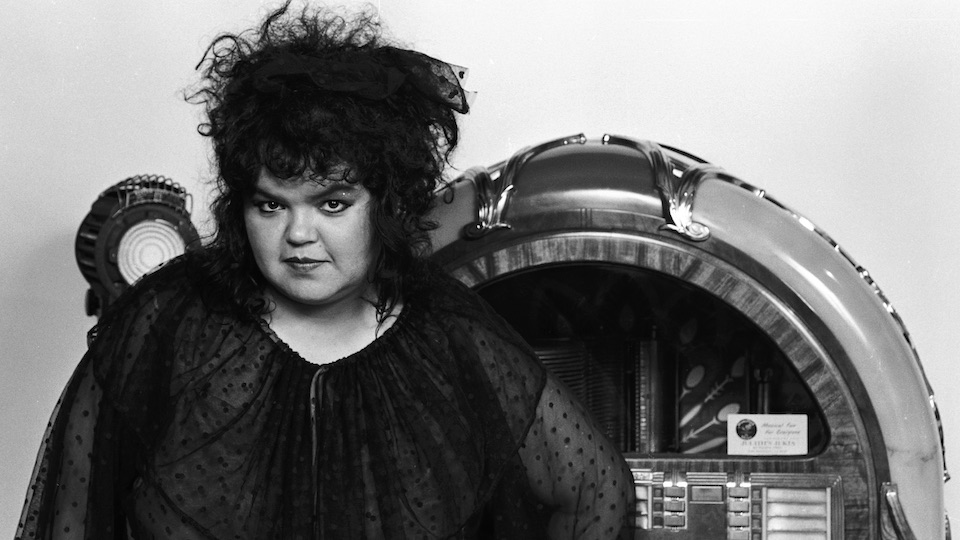 Where are they now? What do they look like? What are they doing? Are they still friends? Still alive? Whatever happened to “fill-in-the-blank-here”? The popular, early 2000s VH-1 show Bands Reunited tried its best to answer these very questions — questions which every tried-and-true fan has asked at one point — by reuniting beloved-but-busted bands from the ‘80s for a one-time-only performance. Out of all the bands featured on that nostalgic series, Romeo Void stood out for being the most unjustly overlooked ‘80s band, a group whose wave of New Wave success ended way too soon. (And yes, I watched every episode.)

Behind every one-hit wonder in the ‘80s, there’s a break-up story that explains why they never stretched past that brief “That Thing You Do” moment in the spotlight. Let’s face it: There are plenty more bands whose success mirrored Kajagoogoo or The Waitresses than The Police or U2. The MTV of the 1980s forced bands to not only sing radio-friendly pop but also be video-friendly. Surely, Romeo Void had both of these qualities. So what went wrong?

If you’re old enough to have had a Prince or Duran Duran poster on your wall as a teen, then the opening to the song “Never Say Never” will resonate with you on a primal level. From the get-go, Romeo Void had all the makings of a huge success. Timelessly cool name: Check. Lead singer with larger-than-life personality: Check. A fun, post-punk sound that was both of-the-moment and stood out for being original: Check. Yet even if Debora Iyall was a charismatic frontwoman and strong lyricist, the music industry didn’t know what to make of this woman who was Native American, not-rail-thin, and clearly no Debbie Harry/Pat Benatar clone.

Joining Iyall for the lineup were guitarist Peter Woods, bassist Frank Zincavage, saxophonist Benjamin Bossi and drummer Aaron Smith (who replaced Jay Derrah.) Iyall and Zincavage met at the San Francisco Art Institute and the band officially formed on Valentine’s Day in 1979, its name inspired by a magazine headline “Why women can’t get laid in San Francisco.” Then with the addition of Bossi’s upbeat, pulsating sax, a signature sound took shape. As Woods noted in the Bands Reunited episode, “Ben brought beauty and lyrical horn lines that were unbelievable, straight from the heart.” Indeed, Bossi’s sweet sax playing combined with Iyall’s unique vocals helped Romeo Void stand out from the crowd.

Their debut album It’s a Condition (1981) garnered critical praise and grabbed the attention of The Cars’ Ric Ocasek, who then produced their EP Never Say Never. That album’s title song came with a black-and-white video that, with its experimental art film feel, definitely laid the groundwork for “anything goes” visuals in the early days of MTV. From “Never Say Never”’s opening guitar licks, this song is almost hypnotically cool while the line “I might like you better if we slept together” delivered a feminist subtext that was totally in sync with its time.

After signing with Columbia Records in 1982, the band released a second album with a more commercial sound, so by 1984, when their third album Instincts was released, they were poised for the big time. Their single “A Girl in Trouble Is a Temporary Thing” cracked the Top 40 and proved to be their most successful single to date. And then… Nothing. As Iyall noted to Bands Reunited’s host Ameer Haleem, the label decided to pull all support halfway through their tour “and at the very next concert, there was no press. When they decide, they decide and that’s it. Bye,” she stated bluntly.

Like any band, Romeo Void had its in-fighting and jealousies but this was one instance in which the band’s dissension was “starting from the outside.” Bossi told a story of one night in the early ‘80s when the band was at the Whiskey in L.A and he looked out and saw Clive Davis and his entourage in the crowd. What happened next really summed up the record industry’s prejudicial views at the time. “Debora Iyall walks onstage… Before we even play, whoop, they’re gone.”

As Frank Zincavage noted in that same episode, Debora “represented the excitement and the exuberance of the band.” She gave the band its spirit and her voice and enthusiasm were larger than life. Romeo Void helped shape the look of MTV in its infancy with their “Never Say Never” video, but unfortunately as MTV’s popularity captured the music industry, the industry became even more fixated on bands who presented the right “look” in videos.

When it came time to film the video for “A Girl in Trouble Is a Temporary Thing” the record company insisted on putting another woman in the video. The video which has a very mid-‘80s abstract feel, but with Debora relegated to singing mostly from giant screens in the background, the song feels compromised. Soon thereafter, when the band’s promotional support was pulled, the band — understandably deflated over losing the backing of their label — broke up.

Iyall has stated that “A Girl in Trouble Is a Temporary Thing” is her reaction to Michael Jackson’s “Billie Jean,” in which the King of Pop sings “the kid is not my son.” She wanted to come up with a song that supported girls and women in this larger cultural conversation, a conversation that is clearly still going on.