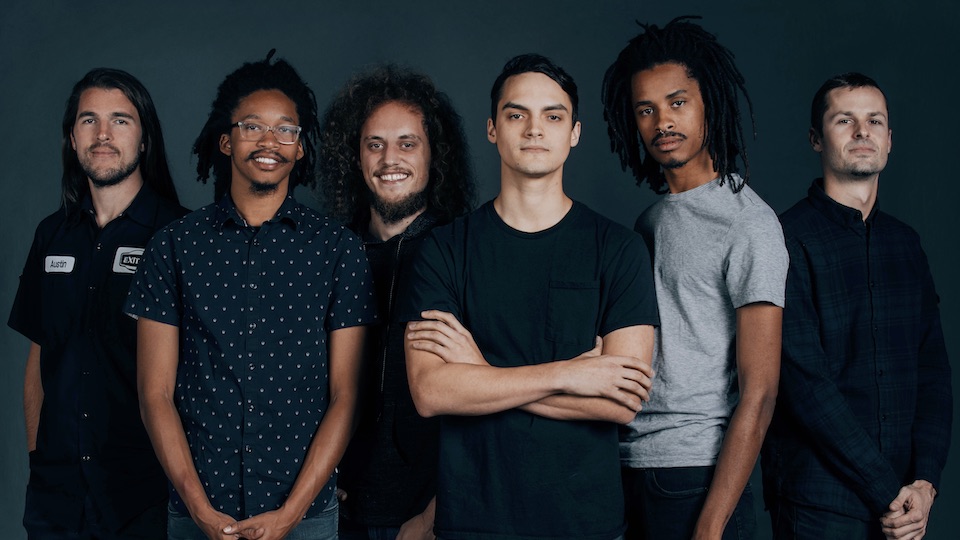 2019 promises to be a big year for Roots Of A Rebellion. Their second album, Shapes Of A Soul, drops on May 31, and the Nashville-based band begins touring in support of the disc immediately. But Roots Of A Rebellion is no stranger to the road: they’ve toured relentlessly since their inception, bringing their uniquely powerful mix of roots reggae, dub, and rock to many major music festivals including Bonnaroo and the Kentucky Reggae Festival, and sharing the stage with the likes of The Wailers, 311 and Trombone Shorty. The new album, their second with veteran reggae producer Craig Welsch, finds the band beginning to expand upon their musical and sonic palette, from the tender nylon-stringed guitar of “Amate” and the synth flourishes that punctuate “Best Of Times,” to the Latin-tinged “Mirrors.”

I recently caught up with Roots Of A Rebellion bassist Adam Quellhorst, as he and the band ready themselves for the next phase their career. (Comments have been edited for clarity and brevity.)

Did the band have any specific goals in mind when you entered the studio? Was the intention to simply capture the vibe and sound of your stage shows, or reach beyond that?

I knew that the songs that we were bringing to the table were the best songs that we have written thus far. So the goal was to utilize the tools that we had – meaning ourselves and our producer – to their best capability. We’ve built our trust with Craig because this is the second album that we’ve done together; the first one was (2016’s) A Brother’s Instinct. And there were a lot of times that we fought him a little bit, ‘cause we’d also been playing the songs on A Brother’s Instinct for two years before we brought it into the studio.

Related: “Exploring the Mysteries of Music-Making”

What was a typical conflict?

We were doing a groove, and we’d been playing this groove on the road for forever. And Craig says to us, “Yeah…I’m just not feelin’ it.” And at that time I didn’t recognize that there’s a difference between me playing it and listening to it, and him being in the control room and hearing it and having feedback on it. I’m gonna hear it differently because I’m not focused on the full product; I’m focused on making sure my bass line is as solid as it can be. So he said to us “I’m just not feelin’ it,” and this was the third time that he’d done this to us that day. And I remember me and (drummer) Troy (Wiggins) being real frustrated, and Troy saying to him “This is what we’ve been doing for two years…I don’t know if I really want to change this at all!” And Craig says “You don’t want to change it? No big deal. I’m just gonna let you know that that has never been done in the history of reggae music: you are (either) visionaries and pioneers, or someone has tried it and it sucked.” And then that makes you think! Once he said that, we said, “Ok, let’s hear what you got.” And then we played what he had, and it was like “Yeah, you’re right: that was a lot better.” So to utilize his production value on this record was what I wanted to do personally, to make sure that we’re creating something that is exponentially better than our previous recorded music. I’m so proud of this album; it’s a perfect snapshot of this point in time in my life.

It seems like Roots Of A Rebellion has been thriving in a robust and self-sustaining music scene that blends reggae, rock, and dub. Tell me a bit about how the band evolved and found its place at this unique musical intersection.

I was a fan of the band for about a year and a half. (Former bassist) Alec Newnam and I were roommates at Belmont University. Alec was thinking about leaving the band to pursue other things, and I was looking at getting out of performing in downtown Nashville because it was kind of burning me out. I had just started getting into reggae after college; before I was into R&B, soul, and funk, that kind of thing. We all have our own individual influences. (Lead vocalist) Austin (Smith) is really into country music; (guitarist) Marco (Martinez) and Troy are into some heavier rock and roll and punk stuff; the brothers, (keyboardist) Jeremyck and (trumpeter) Justin (Smith) grew up listening to R&B, soul, and Motown. But the one thing we can all agree on and that we’re all passionate about is roots reggae from the late 60s and early 70s.

As far as the “scene,” it was something that we had to go out and find. But once we found it, it was like finding lost family! And it was the east coast that kind of took us in: people in Asheville and Charlotte, North Carolina; people in Charleston, South Carolina; down in Florida; as far as our van could travel to where we could come back and still have jobs at the end of it (laughs)! I think reggae music happens everywhere; I think it’s one of the most wide-reaching genres in this world. You just have to find those pockets, and there’s always people that love it; once they find you, you have lifelong fans. We’ve slept on people’s floors…I don’t think we’ve paid for a hotel room for a while now! That’s what I enjoy about the scene, that the fans are so inviting and supportive. My dad came to (one of our recent Nashville shows) and he said “This is such an interesting scene you’re in; I can’t find any real discrimination within these people. I saw someone carrying a baby around, and there’s also guys older than me here!” And everyone’s getting along, having a good time and listening to reggae. The people that support this music are very interesting human beings. On the west coast, they don’t even necessarily have to know you; people will hear that it’s a reggae show and they’ll come out!

Beyond touring in support of Shapes Of A Soul, what’s the next step for Roots Of A Rebellion?

We’ve had pretty gradual growth for the past 8 years. We kind of take it day by day, and not having many expectations is kind of the best way to go about it. A lot of the stuff that you do in this career is to get you to a level where you’re comfortable and you’re making a living doing this with your own music; it takes a bit of luck. And I think this next album has the potential to bring us that bit of luck; I think it’s the right sound, and it’s really good songwriting. If our music reaches more people, that’s the only thing I can really hope for: that there’s a lot more people that this music resonates with and that we’re able to grab more fans by the stories we’re creating with our songs.

0 comments on “Roots of A Rebellion: Taking “Shape,” Taking Flight”