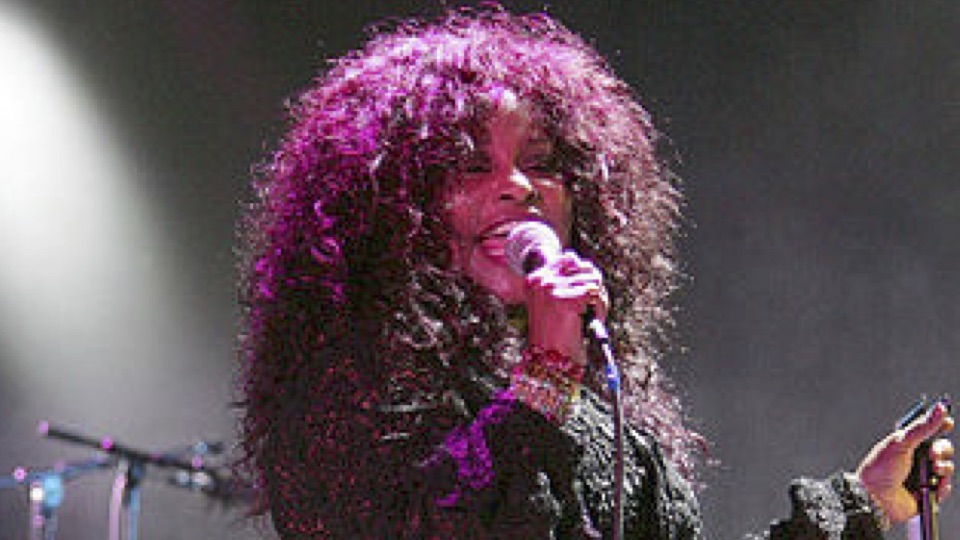 If someone toggled through stations on their radio in America during the summer of 1974, they likely got their first taste of Rufus’ sound with the band’s sixth single, “Tell Me Something Good.” In only a minute, its swampy boudoir funk turned heads and stopped everyone in their tracks: a synthesis of laid-back wah-wah guitar licks and wonky clavinet stabs swoon, before descending into a nasty groove and swaggering blues grind. Then, 19-year-old frontwoman Yvette Marie Stevens (known by her stage name, Chaka Khan) springs into action, with her show-stopping staccato. She thrusts her way into the groove, blasting a series of juicy come-ons, “You ain’t got no kind of feeling inside / I got something that will surely set your stuff on fire / You refuse to put anything before your pride / What I got will knock all your pride aside.” After raucous, infectious grunts intercede the groove, she croons the chorus (complemented with robotic vocoder inflections) with heat and sweetness. It then morphs into pure ecstasy: “Tell me something good (tell me, tell me) / Tell me that you love me, yeah / Tell me something good (tell me, tell me) / Tell me that you like it, yeah.”

This classic hot sex romp, conceived by Stevie Wonder at his most prolific, proved the Grammy-winning breakthrough that propelled the multiracial, Chicago band into the mainstream. It also gave Khan her deserved stamp of approval, carving her place in the classic soul pantheon as a vivacious powerhouse whose wild-child allure could stand up amongst other divas of the era. A month before their signature single exploded on the airwaves, the band released its parent album, their second disc, Rags to Rufus to a swarm of soul and funk loyalists who relished the earthier modes of gospel-imbued Southern soul and dabbled in the gusty flavors of Bay Area funk. The album served as something of a second chance for the band after their 1973 self-titled debut barely made a blip. The retooling paid off, securing the band their first gold seller, another chart-topper with the Ray Parker, Jr.-assisted scorcher, “You Got the Love.” The band’s label, ABC Records sought to buoy the momentum of their newfound success.

Between constant touring, personnel rifts, and increased publicity, the newly-configured quintet (which by now employed bassist Bobby Watson and guitarist Tony Maiden in place of three exiting members) stuck to their funk tricks and headed to Los Angeles’ famed Record Plant studio to lay down their third overall offering, Rufusized. Where its predecessor, Rags to Rufus signaled the band’s promise, Rufusized marked their first victory lap, where their distinctive sound was coaxed into picture-perfect detail. Everything succeeds here with hip assuredness, thanks in part to the band and their early producer, Bob Monaco who utilized the band’s earthly spark as a springboard for Chaka Khan’s sensual flair. Because Rufus was never the type of band to obscure skillful virtuosity for a singular purpose or entity, they expertly realize facets of their sound, while accommodating Khan’s brazen femininity. Neither party tramples over each other; their synergy fits like a glove.

The album’s opener, “Once You Get Started” bursts out of the gate with kinetic rhythms harnessing Tower of Power’s fiery horn charts. Then, Khan arises, unfurling her trademark growl before jumping into the frantic funk groove, trading leads with guitarist Tony Maiden. One can argue that the song’s streetwise rhythms somewhat favor the Commodores’ 1974 instrumental classic, “Machine Gun,” which augured disco and electronic music. Halfway into this frenzied party workout, the groove gets deeper when the band drops into the breakdown, with Bobby Watson breaking into an in-the-pocket bass solo that never loses its potency. Not to be confused with Sly & the Family Stone’s classic of the same name, the slinky “Somebody’s Watching You” takes a blunt look at the ills of corruption, with Khan cautioning those who live on the edge to change before time runs out. This song serves as a prime example of how developed the band became in combining subtle jazz touches with their funk sound.

Rufusized hits its emotional peak with “Pack’d My Bags,” a heartfelt ballad where Khan assumes the role of a weary mistress whose ambitious husband decides to leave his family life behind in the pursuit of “paying his dues.” The song opens dreamily with keyboardist Kevin Murphy’s spiraling piano solo, followed by a solemn groove that is anchored by Tony Maiden’s jazzy guitar trills and Clare Fischer’s celestial string sweeps. As the sweetness swells, the dramatic chorus launches into a funk groove with Khan’s voice growing gustier, emoting the sadness and frustration of the break-up. The enchantment of one’s love and beauty is engaged in the slow-burning ballad, “Your Smile.”

Although the band puts their musical synchronicity on display during the instrumental title track, they kick their funk charm into high gear on the album’s second half. Former Rufus frontwoman and soul-disco singer Lalomie Washburn contributed the righteous “I’m a Woman (I’m a Backbone),” predating much of the pro-womanist fervor the team of Nick Ashford and Valerie Simpson would serve up four years later for Khan’s transcendent first solo hit, “I’m Every Woman.” The perky “Right is Right” flaunts the band’s blaxploitation funk-laden vibe, while their reading of “Half Moon,” a mystical rocker written by John Hall, the frontman of 1970s melodic rock band, Orleans, gets a wild funk-rock makeover, with Khan embodying one of her idols, Janis Joplin (who first recorded the song in 1970, later included on her posthumous 1971 album, Pearl). As Rufusized closes, the band’s unparalleled gift for reinterpretation is further highlighted, infusing soul etherealness into Brenda Russell’s passionate ode to rekindled friendship, “Please Pardon Me (You Remind Me of a Friend)” and late great soul troubadour Bobby Womack’s classic 1974 love call, “You’re Welcome, Stop on By.”

Released at the tail end of 1974, Rufusized initiated a winning streak for Rufus. It was their second gold seller, peaking at #2 and #7 on Billboard’s soul and pop album charts respectively. In an age where the worlds of funk, soul, and disco intersected and began attracting wider audiences and larger markets, Rufus grew as one of the most visible and unique outfits of the day. Although it seems oddly overshadowed due to its place between its better-known predecessor, Rags to Rufus and 1975 successor, Rufus Featuring Chaka Khan, Rufusized marked the last hurrah for Rufus’ early period before entirely parlaying their distinctive sound and Khan’s indispensable presence into crossover success. Here, they sounded hungry, yet poised; eager to prove that their new brand of funk, rock, jazz, and soul could sustain the staying power of their previous breakthrough. In fact, it wouldn’t be a far stretch to deem it as the album “Tell Me Something Good” built, as it shares much of that timeless single’s sensual funk.

Related: “How Parliament-Funkadelic Brought the 70s To A Freaky Climax”

45 years later, Rufus and Chaka Khan’s music legacy has once again been subjected to praise, since the band nabbed another stab at being potential inductees of the 2020 Rock and Roll Hall of Fame. It’s their third nomination after being snubbed for not securing enough votes and interest among Hall voters. (Their first nomination was in 2012, followed by their second in 2018; Khan was first nominated as a solo artist in 2016.) It’s likely that most outside of the R&B realm undermine their showing among other nominated acts because they either don’t recognize Rufus or Khan’s mark in the music landscape, the depth of the band’s catalog, or  the fact that rock purists unjustly neglect acts that don’t exclusively fit their standard of what rock music represents. But rest assured, whether or not they’re ever enshrined in the controversial institution, Rufus and Chaka Khan’s lasting impact endures through their music. One listen to a classic as funky and kick-ass as Rufusized proves why.