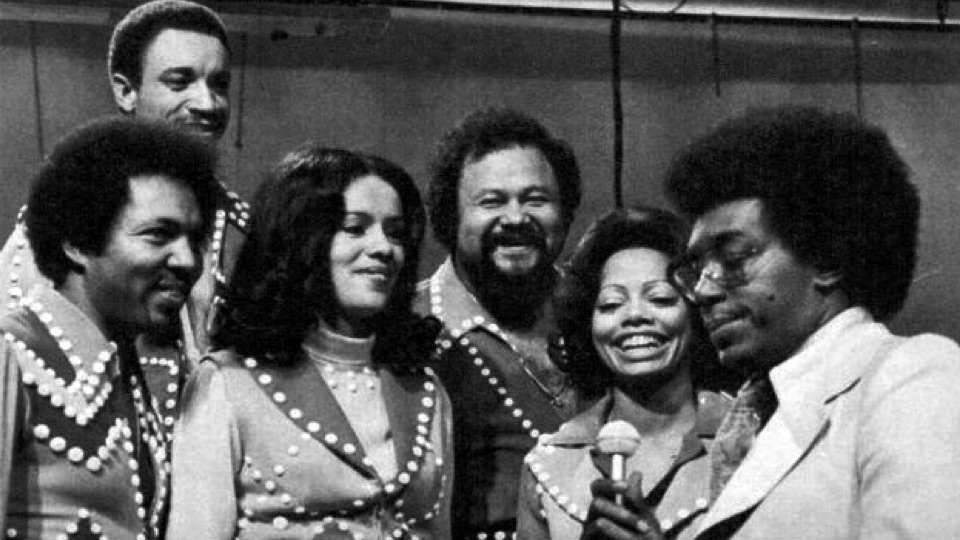 On August 17, 1970, Chicago radio announcer Don Cornelius premiered his brainchild Soul Train on WCIU-TV as a low-budget, local music-dance show featuring R&B crooner Jerry Butler, The Emotions and the Chi-Lites as its first guests. After relocating to Los Angeles one year later, a national syndication juggernaut was born, transforming the lives of music artists, setting fashion trends and teaching dance moves like “The Bump” to people from coast to coast.

As the nation struggled to regroup from the turmoil of the sixties and eventually navigate through the Watergate scandal, Don Cornelius found a way to bring teens and popular culture into our homes with a sense of unity. Back in the ’70s, everything stopped on Saturday mornings for the average teenager because of an eagerness to perch themselves in front of the family’s floor model TV.

Soul Train was approaching, carrying entertainers you might never get to see in a live concert, along with its regular passengers of equally entertaining dancers. The show helped launch (or boost) many careers. An appearance on Soul Train could turn a virtual unknown into an overnight sensation.

Sure, it was always exciting to see your favorite singer or group perform, but it became quite clear that the true stars of the show were the dancers. In fact, artists were just as thrilled to meet these kids as the kids were to meet them. Talent simply appreciates talent.

Several of the show’s dancers graduated to successful professions thanks to the visibility of their gifts. Some, such as Damita Jo Freeman and Rosie Perez, become choreographers. Others, like Jermaine Stewart, moved on to a career in singing. Jody Watley, along with dance partner Jeffrey Daniel, morphed into music hitmakers as part of R&B group Shalamar. Watley eventually found further success as a solo artist.

Viewers were always anxious to know what the dancers would be wearing or what the latest dance craze would be. By mere observation, we learned that the energetic and limber Damita Jo Freeman favored hot pants and doing the Robot. Pat Davis, a/k/a Madam Butterfly, often donned vintage clothing. Fred “Rerun” Berry pop-locked with ease. Lil Joe Chism usually broke out with a prop or two. His giant toothbrush was a sight to see, and future NFL legend Walter Payton could be counted on to move smoothly across the dance floor. Each week brought a freshness, sparked conversations, prompted searches for a certain outfit and forced desperate attempts to perfect the latest dance for an upcoming party.

Finally, who can forget that oh-so-famous, oh-so-anticipated Soul Train line? And then, there was that rare moment when Don Cornelius himself danced down the line with Mary Wilson of the Supremes. To this day, people form lines at parties, receptions and family reunions to get their groove on.

Before he struck gold as the creator/producer and dapper host of Soul Train, Don Cornelius worked jobs which included: insurance salesman, liquor store clerk, Chicago police officer, news reporter, radio announcer. A sharp dresser since high school and a born innovator, Cornelius introduced young people to a form of “social media” that focused on style, music, dance, and social awareness. Amid the country’s troubles, there was a certain innocence then — and at the end of each episode, Don Cornelius wished us all “love, peace, and soul.”

American Soul, a drama series chronicling a behind-the scenes look at the life and times of Don Cornelius, the Soul Train dancers and crew members, made its debut on the BET network on February 5, 2019. The series was recently renewed for a second season.

Sadly, at the age of 75 and plagued by health issues, Cornelius took his own life on February 1, 2012. Nevertheless, we should be forever grateful for the man who invited us along for a ride on the hippest trip in America. It truly was a stone gas, honey.

2 comments on ““Soul Train”: The Hippest Trip In America”