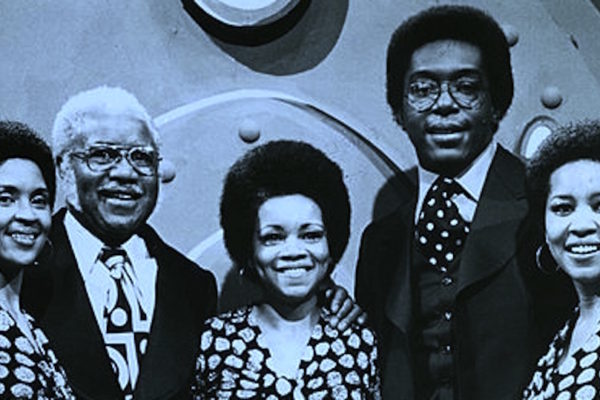 Come 2020, fans of the beloved Staple Singers are in for a special treat. Craft Recordings has announced the upcoming release of Come Go With Me: The Stax Collection featuring cuts from the group on the famous Stax label with works spanning from 1968 to 1974.

The vinyl box set includes the group’s hit songs “If You’re Ready (Come Go With Me),” “I’ll Take You There,” and “Respect Yourself.” Housed in a slipcase, the box set also contains a deluxe booklet boasting archive photos and liner notes written by folklorist and ethnomusicologist Dr. Langston Wilkins and by curator and American music specialist Levon Williams (formerly of the Stax Museum and the National Museum of African American Music).

Six of the studio albums were cut from the original analog masters by Take Out Vinyl’s Jeff Powell. The seventh disc was pressed at Memphis Record Pressing and offers rarities like “Walking Over Our Head” and live concert recordings from the 1972 Wattstax music festival.

The Staple Singers recorded their first album Soul Folk in Action for Stax in 1968. Known for writing politically and socially charged “message songs,” the group was motivated by the nation’s turmoil which was climaxed by the assassinations of Dr. Martin Luther King, Jr. and Senator Robert F. Kennedy.

Included in the collection are notable covers of The Band’s “The Weight” and Otis Redding’s (“Sittin’ On) The Dock of the Bay,” recorded as a tribute to their late fellow Stax star who died the year before in a plane crash. Other covers include Sly & the Family Stone’s “Everyday People” and Gladys Knight & the Pips’ “The End of the Road.” Message songs like “We’ll Get Over” and “When Will We Be Paid” spoke to a generation steeped in strife yet still resonates with the current times.

The Staple Singers found a winning combination at Stax with the help of the Muscle Shoals Rhythm Section a/k/a “The Swampers,” especially with their 1972 album Be Altitude: Respect Yourself. The top-charting album featured their first #1 hit, “I’ll Take You There,” a song that’s just as infectious today as it was back then.

Related: “Paying Respect to the Man Behind Muscle Shoals”

In 1973, the talented family from Chicago continued their messaging with songs like “Touch a Hand, Make a Friend” and “Love Comes in All Colors” in their follow-up album Be What You Are. Their final album with Stax. City in the Sky. came out in 1974, with the song “Who Made the Man” marking the group’s return to their gospel roots. The Staple Singers continued touring and recording during the ’70s and ’80s following their time at Stax.

Mavis Staples is the sole survivor, aside from her brother Purvis who was briefly an original member of the Grammy-winning group. Inducted into the Rock & Roll Hall of Fame in 1999, the Staple Singers remain one of the most admired and respected artists in the world. Come Go With Me: The Stax Collection is sure to please old fans and influence new ones.

1 comment on “The Staple Singers’ Soulful Sounds On Stax”