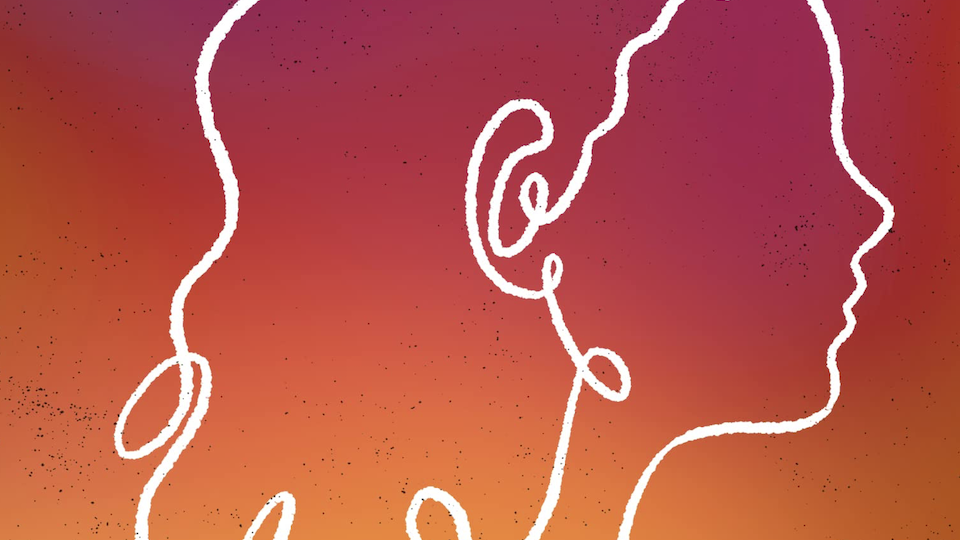 Erin Keane’s Runaway: Notes on the Myths That Made Me is a powerful, incendiary take on our contemporary notions of victimhood. A dazzling page-turner of a book, Keane’s deep-dive into her mother’s life as a runaway child bride offers a potent indictment of our culture’s age-old penchant for looking the other way when it comes to the trials and tribulations of girlhood.

In Runaway, Keane lays bare the story of her own existence as the daughter of her teenage mother’s marriage to a recovering middle-aged addict in 1970s New York City. For the author, who serves as Editor-in-Chief of Salon, the project began simply enough. “I was writing an essay for Father’s Day about my attempts to understand how a man decides to marry a girl young enough to be his daughter,” she recalled, “a person not even old enough to legally drive, and how the world around him allows it.”

Keane’s quest to understand her own history quickly transforms into a larger, trenchant examination of the social and cultural forces that shape our conceptions of what it means to be a girl in a world that all too often elevates male desire over female personhood. In a moment of personal revelation, the author reconsidered her relationship with Woody Allen’s film Manhattan (1979), which narrates an older man’s romantic yearnings for a 17-year-old girl.

For Keane, Manhattan performed a key role earlier in her life by providing a sense of relief about her late father’s disturbing pursuit of her teenage runaway mother. As with Isaac in Allen’s film, who pines after high school-aged Tracy in the film, Keane’s father was a deeply flawed older male who was seeking to actualize himself through the lens of a young girl. It would be easy and convenient to date Manhattan’s problematic narrative as a late-1970s phenomenon if it weren’t for Hollywood’s long-running fixation with the “manic pixie dream girl” who, through her overtly drawn goodness and zeal for living, can rehabilitate even the crustiest and clumsiest of troubled men.

In Runaway, Keane explains her realization that everything she had believed about her parents had been founded upon a series of culturally embedded lies. “Watching Manhattan all those years,” Keane writes, “I knew in my heart why Isaac lists Tracy’s face as one of the few things that make life worth living. He believes she had been created to redeem the pain of existence for him. One of the lies I had told myself about my father, and one I had believed for so long,” she continues, “was that that had been our job too. Our existence—my mother and the family and home she made for him—was supposed to save him. So it must have been our fault when it didn’t.”

Armed with this vital epiphany, Keane’s journey across the pages of Runaway is fraught with the cultural baggage of outdated, outmoded notions of gender and their role in our identity creation. “When I could finally see my parent’s marriage from the outside, in the same light I saw Tracy and Isaac’s relationship,” Keane explains, “I began to see not only how much of my identity had been built on that lie but also how much ambient reinforcement that lie had been given from the culture around me. And now I had questions my father wasn’t alive to answer and maybe never would have asked himself.”

As the author retraces the steps of her existence, Keane asks poignant questions about the constitution of victimhood. Her mother certainly wouldn’t have considered herself a victim, although at the same time there is little doubt, Keane argues, that her father exploited her vulnerabilities. “What I can say is every girl deserves to live as a girl, not an adult before she is one,” Keane writes, “for no other reason than the fact of her humanity, which as a culture we are still quick to find reasons to discard: she looked older, she wanted it, she shouldn’t have been talking to grown men in the first place, she knew what she was getting into. A bright girl learns early there are three ways to hear those words: first as praise, then as a threat, and finally as a taunt.”

Through her sizzling prose, Keane acknowledges, time and time again, that as a society we have surely grown wiser about youth and victimhood over the decades—the #MeToo movement is just one progressive example of this progress. But as she presciently reminds us in Runaway,  we still have a long way to go when it comes to revising the contexts within which we understand girlhood.