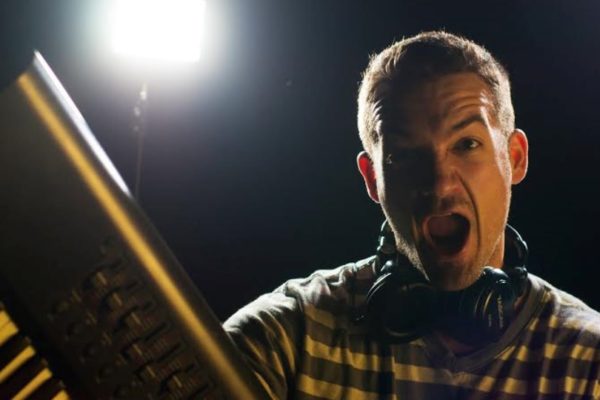 There’s something fitting that Sean Beeson has carved out a career in composing music for video games, given that he’s such a passionate gamer himself. Back in 2004 when he was just a sophomore in college, he put up over an hour of his own music on his homemade website then started posting on forums – a novelty at the time. But since then, he has worked on both console and mobile games of such heavyweights as Disney and Wizards of the Coast. CultureSonar had a chance to sit down with him recently to find out more of this truly unique career.

Q: What inspired you to begin composing music for video games?

A: When I was in college, I really wanted to be a film composer. Right around that time, it would have been like twelve to thirteen years ago, is really when video games started to sound more like films and I was already playing a ton of them as it was.

[amazon template=right aligned image&asin=B00DBF829C]Q: What games were you playing at that time?

A: Half-Life, Half-Life 2, Morrowind, Counter Strike, and Halo. I was really into RPG games on the PlayStation 2 as well. It would have been right around 2003.

Q: I think that’s really interesting that you mention Half-Life since Half-Life was one of the first games to have a cinematic quality.

A: Oh absolutely. I think, for the first time, I would be in my dorm room or at home in the basement playing these games by myself and I would just get so immersed into them. It wasn’t just that they were games. They were experiences. You had a lot of emotions tied up into the games and it made you feel something the same way that certain films would make you feel.

Q: When you work with a game, let’s use Epic Mickey: Power of Illusion on the Nintendo DS as an example, do you get to put your hands on the game?

A: I think Epic Mickey is a great example of a hands-off approach. I didn’t actually get to play the game. I was lucky enough to have been able to see some videos of the gameplay for the various levels. Once you see how the game is played you can make creative judgments based on the gameplay for the various styles. The developer was very descriptive in what they wanted and provided ample amounts of reference, but legally it was a challenge for them to actually give me a copy of the game.

On the opposite hand, a company I work with now by the name of Neoglyphic Entertainment will send builds of the projects they are working on sometimes multiple times a week. I have the opportunity to constantly update my material for those games. The result is that you have music that feels incredibly organic because it grew with the visuals.

Q: We talked a little bit about the similarities between a film score and a video game score. What are the differences?

A: You can have music in a game that is linear just like a film score. It’s synchronized to the video. But game scores of course can be highly dynamic or adaptive or interactive and can really even be pieces of music that are generative in the sense that there’s lots of smaller elements that are built in an engine in real time as the player is playing. These pieces match more perfectly with the timing of the player, and if it’s done right you don’t even know how deep and intellectual the design is behind the music system. When you’re playing it, often you still perceive it as being linear. You don’t know all of the cogs in the machine that are spinning.

I worked on a project called Sunborn Rising, which is actually an interactive reading experience. All of the music in that book is timed. The book actually calculates your average reading speed. There are certain spots in the book that trigger different pieces of music based on how quick you’re reading and even sometimes random variables. You’ll hear a completely different version of a piece than ten other people that are reading that part. There’s probably upwards of five or six hours of music in it.

Q: For your work with Wizards of the Coast, did you try to instill a sense of the gameplay from D&D and Magic?

I have played Magic before as well as Dungeons and Dragons. I’ve always been into the very rich fantasy and lore and the creativity behind those. Wizards of the Coast were very open to my ideas and they even recommended having very strong themes for each of the characters and having each of those themes make a return in later trailers when those characters come back up.

Q: If you got to work on your dream game for your next project, what would it be?

A: I get asked that question a lot and I used to give an answer like, “the next big shooter or big role playing game,” but now I try not to think too much about the next big thing. I’ve worked on games that have been very small with very small amounts of music that have had such a big impact on the gamers and players. That’s why I got into music. I wanted to make people feel something when they’ve played a game and heard my music. You can make people feel that whether you’re working on a triple A game or you’re working on a mobile title.

0 comments on “A Conversation With Sean Beeson: Video Game Composer”