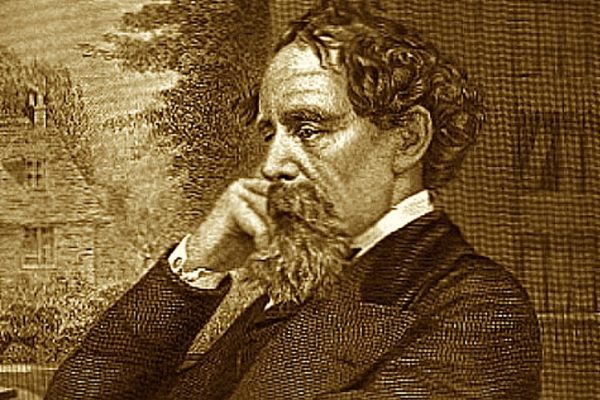 The trend of binge watching, along with the release of entire seasons at once in some cases, has interesting implications for television narrative. We can see the effect of this new mode of consumption in some of the recent offerings from Netflix and Amazon, which eschew the procedural form for a more continuous story — Stranger Things amounts to a movie approaching six hours in length. Other shows have straddled this era. If I watch NCIS from start to finish, a blend of a procedural with deep and long character arcs, am I watching over 300 stories, or a roughly 200 hour story? Both, I suppose. No doubt the advent of streaming has only begun to change the way TV writers and viewers think about form.

We perhaps take for granted the serialization of narrative, or see it as a product of television and radio. But in fact the roots of modern serial narrative are in print. In 1841, Dickens readers took over the docks in New York City, desperate for news of Little Nell’s fate. The Charles Dickens novel The Old Curiosity Shop was published not as a single volume, but in chapters. I imagine spoilers were a problem then too.

In fact, the majority of Victorian works we now consider unitary novels, from Uncle Tom’s Cabin to The Brothers Karamazov, were published in installments in magazines and newspapers. Dickens was the breakout star of this growing business, and his massively successful The Pickwick Papers set the bar for the commercial appeal of fiction in the early 19th century.

A reviewer in Scribner’s Monthly wrote in 1878, “Now it is the second or third rate novelist who cannot get publication in a magazine, and is obliged to publish in a volume, and it is in the magazine that the best novelist always appears first.”

It is also in this era that we see the rise of the procedural. The casebook of Sherlock Holmes has only the flimsiest of character arcs, and amounts to one problem after another for the quirky detective to solve. Shows like Monk and Psych clearly owe a huge debt to this template, but more generally Sir Arthur Conan Doyle and Wilkie Collins and many others established that narrative could be bite-sized, while maintaining a core set of characters. This is the essence of the radio and television comedy and drama we know today, and it was worked out in print.

The rise of broadcasting slowly eroded the market for serialized fiction, though the form still finds readers. Tom Wolfe’s The Bonfire of the Vanities was originally serialized in Rolling Stone, and Stephen King has experimented with online serialization (The Plant, 2000). In Japan, the “cell phone novel” has become a massive business, starting with Yoshi’s Deep Love in 2003. Chapters are sometimes as short as 70 words. The most successful stories are then compiled into printed books for resale.

Perhaps serial fiction goes even further back than print. I imagine court minstrels feeling pressure to make their continued survival imperative, buying themselves another day’s employment through the use of cliffhangers.

Certainly, those of us who love serial television – whether we devour it by the season, or wait patiently for the next new episode – have reason to thank the legion of mostly forgotten 19th century writers who developed the form on which it is based.

0 comments on “From Dickens to Bingeing: The Roots of Serial Television”