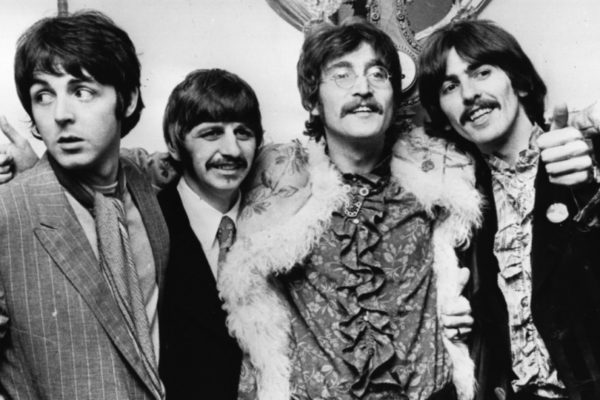 After months of hype, the Sgt. Pepper’s Lonely Hearts Club Band super-deluxe 50th anniversary box set is upon us. Hard-core fans have eagerly awaited this set, which boasts a brand-new stereo mix of the album, 5.1 surround sound, oodles of alternate mixes and studio outtakes, and some primo video content. But could EMI and The Beatles possibly bring anything new to the experience of Sgt. Pepper, an album that for half a century has been studied, over-analyzed, deconstructed, and covered song-for-song in every conceivable musical genre? And would it be worth the $100+ price tag? The answer is a resounding YES.

For die-hards, the super-deluxe set is an essential item in their Beatles collection. But you already know that. And perhaps, you already own it. But casual fans too will be delighted to re-discover all of the joyful music contained in this landmark album. As for the skeptics, purists and critics of the group and this album, the newly released box-set will force these folks to re-evaluate their positions. (More on that later.)

Let’s start with the new stereo mix. It’s astounding. Giles Martin and the team at Abbey Road utilized the source material of the multitrack tapes, before they were “bounced” (the combining of several tracks onto one, freeing up more tracks for additional overdubs). Having regained full control of each individual track, they have miraculously brought the 50-year-old Pepper to life in this modern recording age, while respecting the sonic intentions of the original recordings without being too reverent or precious about it. The mix they’ve done is huge, bright, fat, powerful; it’ not quite like hearing the album for the first time, but it’s damn close.

Unearthing the original sounds from multi-track purgatory has revealed something else: The Beatles were still a kick-ass rhythm section in 1967, and they laid down some no-nonsense grooves on Pepper. Especially revelatory is Ringo’s superb, powerhouse drumming, previously buried in the mix out of necessity but now in full rocking bloom. It’s fitting that one of the primary visual images on this album is a bass drum, because Ringo’s right foot is stomping all over this mix!

Hip critics and music snobs who have dismissed Pepper as “lightweight” through the years will be humbled to hear the Fab Four throwing down so hard and heavy. The title track smacks you upside the head, and so does its reprise. “Good Morning Good Morning” is relentless, like a Mack truck bearing down on you. The Yardbirds, Cream, and the Jimi Hendrix Experience would have all packed up their gear and gone home if The Beatles had played these songs live in 1967.

The studio outtakes are mainly for die-hards, but they are generally enjoyable and give a great insight into the making of the album. But for surround sound fans, great news: the 5.1 mix of Pepper is a real treat. Standard placement for most of the songs is band in front, and background vocals and extra “overdub stuff” creeping up behind you, but that’s okay: there’s enough ambience to glue it all together, as if everything is still happening in the same room. Again, the intent and spirit of the original are respected, and nothing is done that’s gimmicky or inappropriate.

In short, there’s just the right amount of delicious ear candy. The “whirly bits” on “Being for the Benefit of Mr. Kite” circle the room, because of course they should. “Within You Without You” envelops the listener in a swirling cloud of droning tambouras, dilrubas, violins and cellos; you can almost smell the incense. And I don’t care how old you are and/or how many thousands of times you’ve heard this album over the years: in 5.1, the final chord of “A Day in the Life” will shake you. I submit that The Beatles would have mixed in 5.1 if it existed in 1967.

“Strawberry Fields Forever” and “Penny Lane” are also included here, revealed in all their sonic glory with splendid new stereo and 5.1 mixes. The DVD also contains the full Making of Sgt. Pepper documentary from 1992, revelatory in its time and still enjoyable today, plus the promotional videos for “Strawberry Fields,” “Penny Lane,” and “A Day in the Life.” The 1967 Beatles were apparently the original hipster snowflakes: riding horses, pouring paint over an old piano, and dancing around the recording studio blowing bubbles and “conducting” the studio orchestra.

But they’d earned it by then, because they’d spent the previous four years working their asses off in the studio and onstage. Sgt. Pepper’s Lonely Hearts Club Band is the sound of The Beatles re-inventing themselves at the peak of their artistic and commercial powers, and 50 years’ time has not dimmed this album’s spirit of adventure and creative mastery. Whether you’re a die-hard Beatlemaniac, a casual fan who wants to dig deeper, or simply a curious musical soul looking to expand your own horizons, the Sgt. Pepper deluxe box set is a worthwhile investment of your time, money, and attention. A splendid time is… you know.