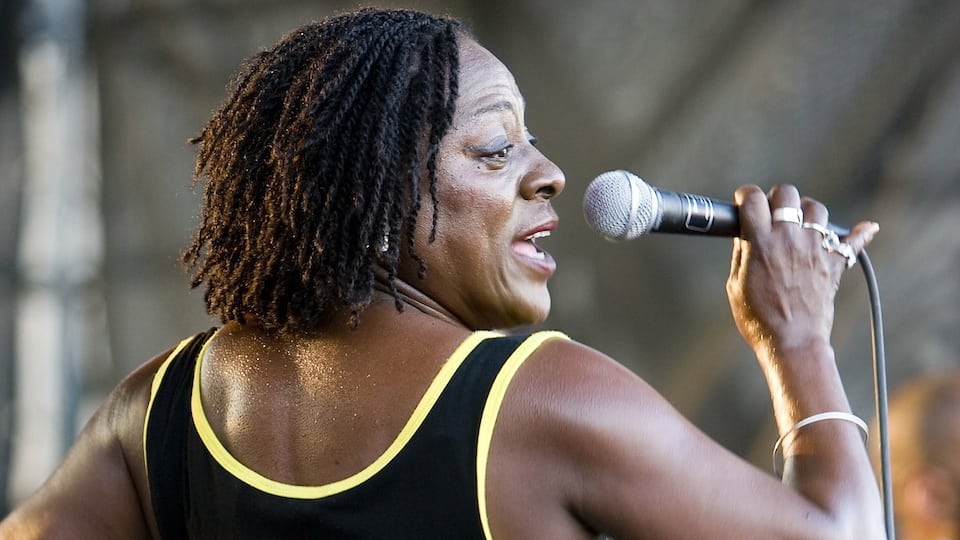 The term “soul music” was probably first used in print around 1961, but of course its roots go back much further, and its expression in the pop world reaches back at least into the mid 50s, depending on what you count. Sam Cooke, for example, began making records in 1956 that feature soul’s blend of gospel-based singing, romantic lyrics, and tight, upfront rhythm sections with a healthy dose of electric guitar.

Soul’s triumphant trajectory across all ethnic, social, and stylistic boundaries doesn’t need me to retell it: it’s the bedrock of everything that has come after it. Look closely at any genre of music, including the palest classic rock, folky singer-songwriters, and of course hip hop and rap, and soul has left its imprint. Our ideas of what counts as authentic emotion in vocal performance, and what counts as a beat worth moving to, have been profoundly shaped by the first glorious explosion of soul that lasted until the late 60s – after which soul began to splinter into many new genres such as psychedelic soul, funk, Philly soul.

Soul music is so crucial and so pervasively influential that it is risky to try and define its boundaries. I hear its fundamental elements just about everywhere I listen, from the Doobie Brothers to David Bowie to Prince to Adele to Beyonce and on and on. But it’s also undeniable that the core, classic soul sounds and approach to recording became distinctly passe to most listeners as the 70s styles – disco, funk-pop, power-pop and others – took hold. Of course many never stopped loving or listening to classic soul, but the soul acts that emerged in the 60s either adapted or fell out of favor, mostly the latter. Al Green may be the artist who lasted the longest into the 70s with a sound that is squarely in the organic, clean-and-clear-rhythm-section, vocalist-centered aesthetic of soul. Again, define these things firmly at your own risk.

Starting around 1993, less than twenty years after soul’s slow fade seemed complete, a number of acts started making albums that came to be known as “neo soul,” a term probably coined by Kedar Massenburg, producer for Erykah Badu. Many acts can be thought of as part of this movement, though listeners and critics will draw the line differently. Certainly Lauryn Hill, Maxwell, and D’Angelo, and later Amy Winehouse, are key examples.

What sparked this revival is debatable, but undoubtedly the huge success of Tony! Toni! Toné!’s 1993 album Sons of Soul was a factor. Some will also cite the (at the time) less widely known but highly influential Philly band The Roots as an important contributor.

These days, straight up classic soul music is a valid option for many singers, and none is more skilled, or more fully grounded in that great tradition, than Sharon Jones. With the band the Dap-Kings, who were exploring the genre before they joined forces, Jones has blazed a fiery path with her incredibly charismatic and powerful performances.

The Dap-Kings have their origins in the Soul Providers, who formed in the mid-90s, and met Sharon Jones when she sang backup on a song they recorded with Lee Fields, and then sang lead on a couple of tunes for them. The Soul Providers split up soon after, and formed the Dap-Kings with Jones and members of The Mighty Imperials. Their first record in 2002 was well-reviewed, but their sound crystallized in 2005 with the recording of the album Naturally. Nine years later, they received a Grammy nomination for best R&B album for Give the People What They Want. A documentary called Miss Sharon Jones!, directed by Barbara Kopple, was released in 2015, and paints an intimate and poignant portrait of her relationship with the band and her battle with pancreatic cancer.

Sharon Jones’ skill and appeal as a vocal performer cannot be overstated. She repeatedly wins over crowds with the power of her voice and her presence, even when they came to see someone else. The albums are spectacular extensions of the legacy of classic soul, uncompromising in their full but organic sound, packed with great songs and arrangements, and just shot through with overwhelming passion and joy.

It can be very treacherous to say, “if you like this, you will like that.” People have different standards for the genres they love. But in this case, I can confidently assert – if you love classic soul music, you will love Sharon Jones and the Dap-Kings. If you don’t know their work, you need to.